At World Cup, Israel cheers from the sidelines 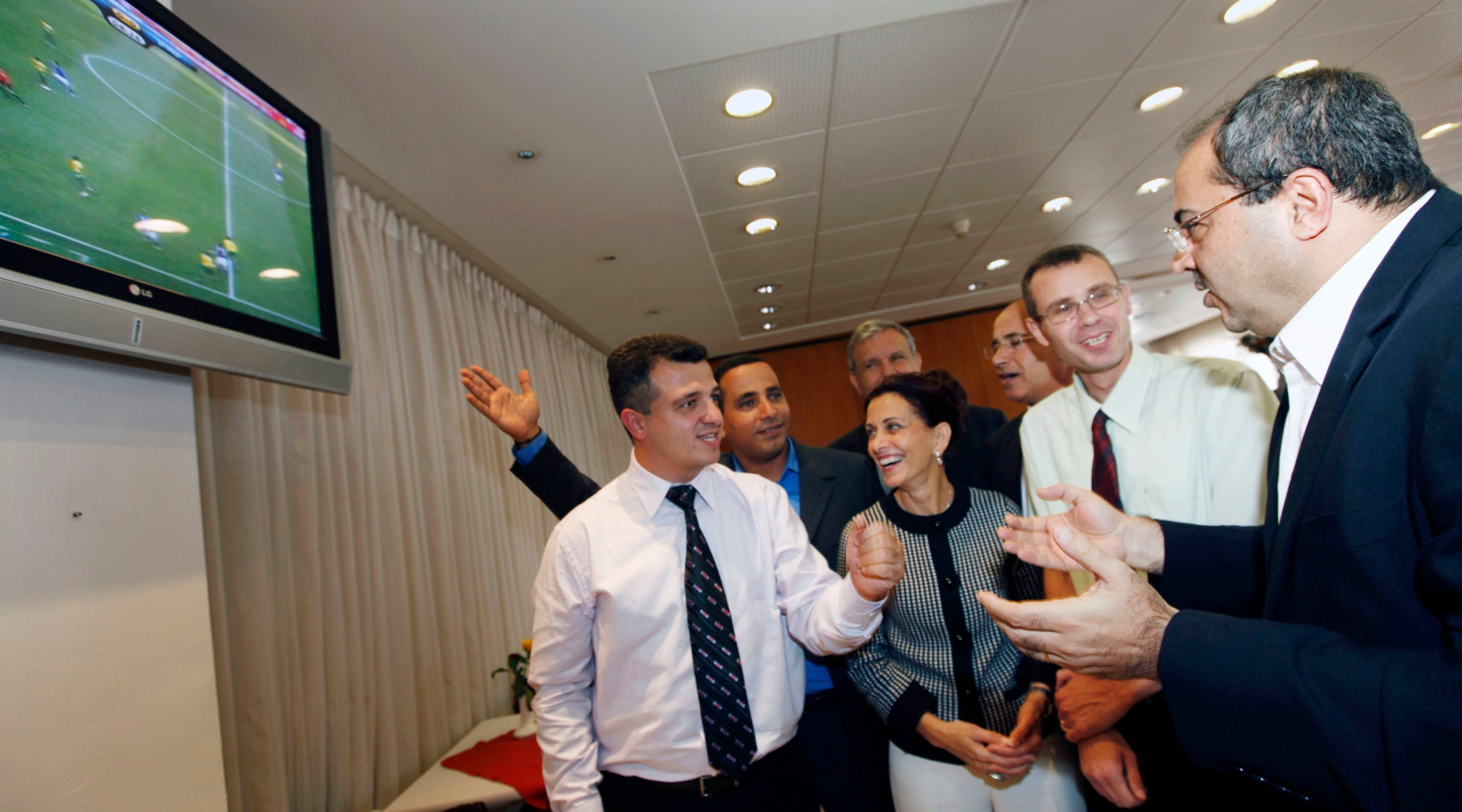 Blue and White soccer fans may not be able to rally behind the Israeli team with bold colors and flags at this year’s World Cup, but their country won’t be underrepresented in Brazil.

According to the most recent data from FIFA, Israel (11,222) ranks behind Canada (28,542) for the largest number of tickets purchased by citizens not represented by a team.

“It would have been great to cheer for Israel, but what can you do?” said Jonathan Roizin, a computer engineer from Rishon LeZion, who is part of the Facebook group “Israelis at the World Cup,” a forum for travelers to swap tickets and share tips on lodging and entertainment venues.

Since 1970, when Israel made its first and only World Cup appearance, the soccer team has failed to qualify for any international competition apart from two consecutive showings in the quarterfinals of the 1968 and 1976 Olympics. The Israelis currently play in the European league, where they have competed since they were ousted from the Asian Football Confederation in 1974, after Arab and Muslim countries refused to play with the Jewish State.

In last year’s qualification round, Israel played in a group with Russia and Portugal, and quickly slipped in the standings following a 0-4 defeat against the former in its first match. Like most of the smaller 53 teams in the league who compete for a place at the World Cup, the Israeli team was eliminated by both European powerhouses.

In June, almost three million fans will be at the World Cup. But who will Roizin cheer for?

“I’m bringing an Argentine jersey and an Israeli flag,” he said.