The fashion show fundraiser comes to Tel Aviv, courtesy of a N.Y. teen 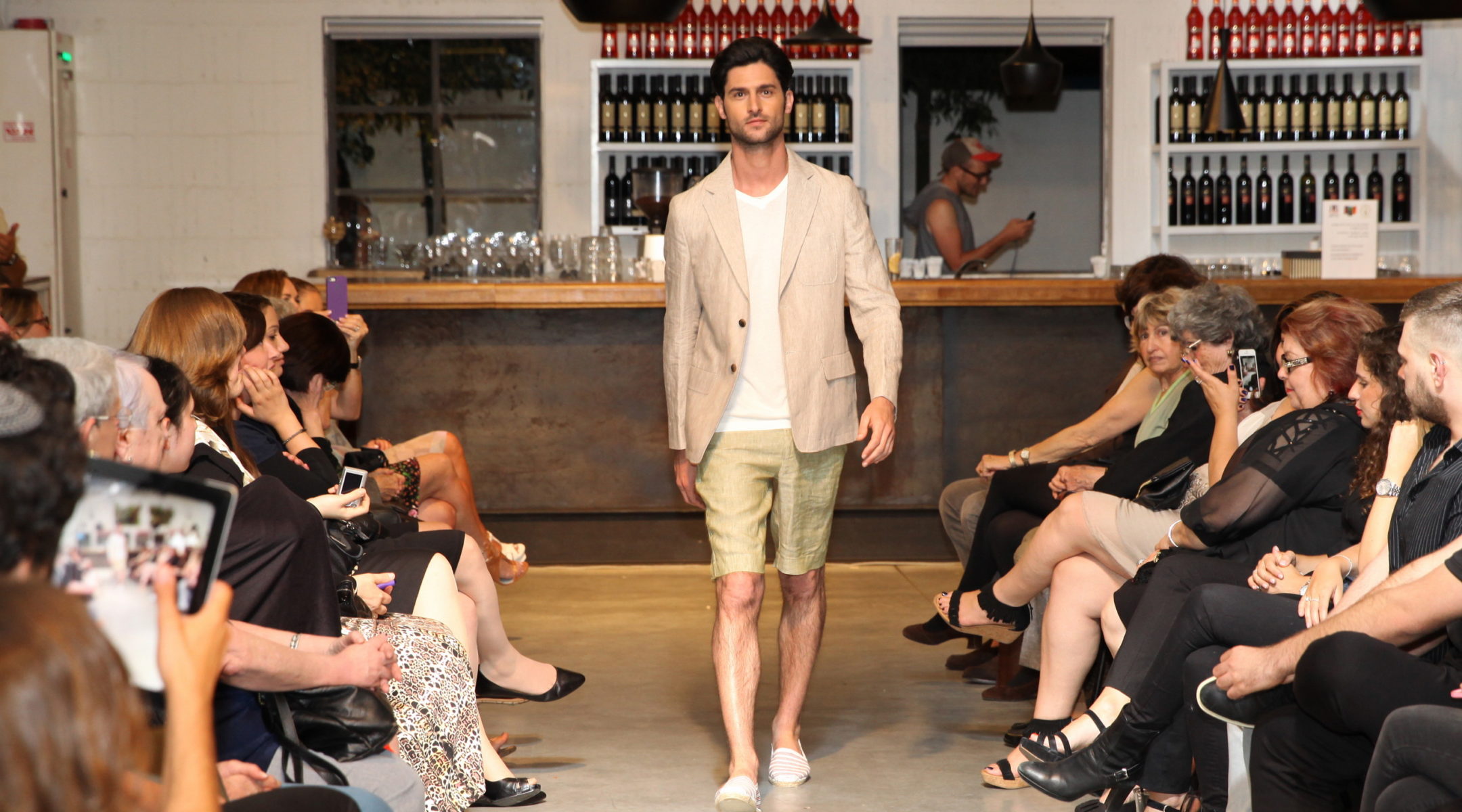 A model walks down the catwalk at Reuth Runway in Tel Aviv on May 19, 2014. (Courtesy Reuth)
Advertisement

Israel is known for many things — startups, falafel, an often intractable territorial conflict — but fashion has never been one of them.

A T-shirt, jeans and sandals is considered proper attire both at the workplace and at weddings. Prime Minister Benjamin Netanyahu gained notice early in his tenure simply for wearing a tie in public. At the Knesset, at least, lawmakers aren’t allowed to wear Crocs… unless they’re navy or black.

So when she put on a fashion show in a Tel Aviv event hall Monday to raise money for a social service organization, 19-year-old Westchester native Tamara Freudenstein had to convince attendees of two things: that the cause was worth paying money for and that fashion was worth paying attention to.

“New York is a fashion capital, but here people were like, ‘Oh, something new, something different,'” Freudenstein said. “It made it that much more exciting.”

By day, Freudenstein is a student in a gap-year program at Bar-Ilan University, studying marketing and English literature along with Jewish studies. A graduate of the modern Orthodox SAR High School in Riverdale, N.Y., she plans to major in business or economics in college.

By night (or, at least, on Monday night), Freudenstein — wearing a white dress with sheer, patterned sleeves — was a precocious event planner. Her fashion show had close to 250 attendees sitting in chairs that formed a U-shaped runway.  Models strutted down the catwalk wearing designs from a range of Israeli haute couture brands, from Dorin Frankfurt to Ronen Farache. Ticket sales benefited Reuth, a social service organization that manages retirement homes and provides medical care for disabled and chronically ill patients.

The show, called “Reuth Runway,” followed a show of the same name that Freudenstein put on in New York last year. Freudenstein’s grandmother sits on the board of American Friends of Reuth, and Freudenstein has volunteered with the organization for the past two years.

A model walks down the catwalk at Reuth Runway in Tel Aviv on May 19, 2014. (Courtesy Reuth)

The idea for the New York show occurred to the young student because, she said, “fashion is something that comes easily to me.” Her mother, Sharon Freudenstein, a former clothing buyer for Bloomingdale’s stores, helped her produce the New York and Tel Aviv events.

While a fashion show may be more novel in Tel Aviv than it is in New York, Freudenstein said Israel’s informal culture made it easier for her to connect with designers and persuade them to lend their designs. But, she said, Israeli informality also came with drawbacks.

“Here they ignore emails and say ‘maybe’ and don’t confirm things,” she said. “They like to wait a week before the show to confirm.”

Freudenstein spent four months planning the show, but one thing that wasn’t difficult, she said, was getting designers to pay attention to a 19-year-old student.

“I don’t think people knew how old I was,” she said, explaining that was because she would make the initial connection on the phone. “I tried to leave them out of it at the beginning so they would take me more seriously.”