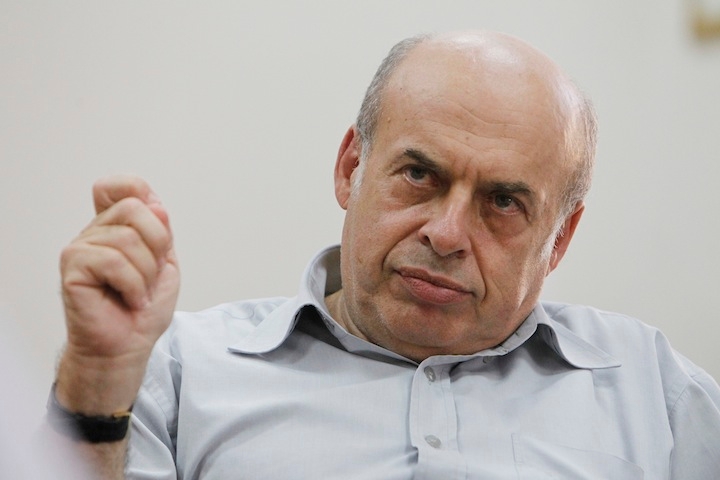 The chairman of the Jewish Agency for Israel, Natan Sharansky, seen during an interview with the press at his office in Jerusalem on September 12, 2013. (Miriam Alster/Flash90).
Advertisement

JERUSALEM (JTA) — Its leaders call it a “historic development,” a “paradigm shift” and a “change in the relationship” between Israel and Diaspora Jewry.

But when it comes to the details of the Joint Initiative of the Government of Israel and World Jewry, key questions have yet to be answered — including what it will do and who will fund it.

Conceived last year as a partnership between the Israeli government, the Jewish Agency for Israel and major Diaspora Jewish bodies, the initiative aims to strengthen Diaspora Jewish identity and connections between Israel and Jews worldwide.

On Sunday, Israel’s Cabinet voted to invest upward of $50 million on the initiative through 2017. The government intends to increase the sum to $100 million annually by 2022.

The government wants Diaspora sources — federations, philanthropic foundations and individual donors — to contribute double those sums for two-thirds of the initiative’s total budget.

The funding will go both toward expanding existing programs for young adults and creating new ones.

“It’s a historic development that the Israeli government has decided to take more responsibility for strengthening the identity of Jewish communities,” the Jewish Agency’s chairman, Natan Sharansky, told JTA. “We’re talking about Jewish identity built on a connection to Israel.”

Given the success of Birthright Israel, a free, 10-day trip to Israel for Jewish young adults, the initiative will focus on immersive experiences in Israel, college campus programs, Jewish summer camps and experiential learning, Sharansky said.

But though the Israeli government has set aside money for the initiative, it has neither lined up the matching grants from Diaspora foundations nor has it outlined the specific programs that would receive the funding.

A planning meeting for the initiative in November 2013 drew a virtual who’s who of major Jewish organizations and foundations. But Sharansky mentioned only Jewish Federations of North America as a potential initial source of funding from the United States, saying he didn’t want to single others out before a plan had been set.

“There are many unanswered questions at this point,” the Jewish Federations’ CEO, Jerry Silverman, told JTA. “Six months from now many of those questions will be answered. We’re not at the finish line. We’re at the 30-yard line. We feel confident we’ll get to the finish line together on this.”

Silverman said that the Jewish Federations had yet to decide on an initial sum to contribute to the initiative and that his network was not involved in setting the budget passed by the Israeli Cabinet on Sunday.

Sharansky set a timetable of one to two months for program proposals to be drawn up. Following the initiative’s lengthy planning process thus far, which has included conferences and an online forum for young Jews worldwide to suggest programs, Sharansky said that “coming to practical decisions comes very quickly.”

“We’re going to have a strategic plan for the next 25 years,” he said. “Not what we know to do now but what we should and should not do. From that strategic perspective, with key people, we’ll make decisions both regarding existing programs and programs we need to create. We’re not set on any specific program.”

According to the text of the resolution passed by Israel’s Cabinet, a key portion of the initiative is strengthening the relationship between Israel and Diaspora Jewry. The first stage of the initiative will focus both on bringing young Diaspora Jews to Israel and on Israel education in Diaspora communities. There has not been a decision whether the project’s initial stage will also educate Israeli Jews about world Jewry, Sharansky said.

The Jewish Agency, historically focused on promoting immigration to Israel, has in recent years taken up a new mission of strengthening Jewish identity in the Diaspora and peoplehood. It now offers Diaspora Jews long-term experiences in Israel without a commitment to immigrate.

Sharansky said that while Orthodox Jews can count on ritual observance to keep them engaged in the Jewish community, Israel is the only proven anchor to ensure Jewish identity for non-Orthodox Jews.

“In the non-Orthodox world nothing stops assimilation except connection to Israel,” he said. “In Orthodox communities, awareness of Jewish identity is very high. They live through their faith and Jewish tradition. When you move to others you find out that this deep feeling of your belonging to this Jewish story and your desire to stay inside of it is becoming thinner and thinner.”