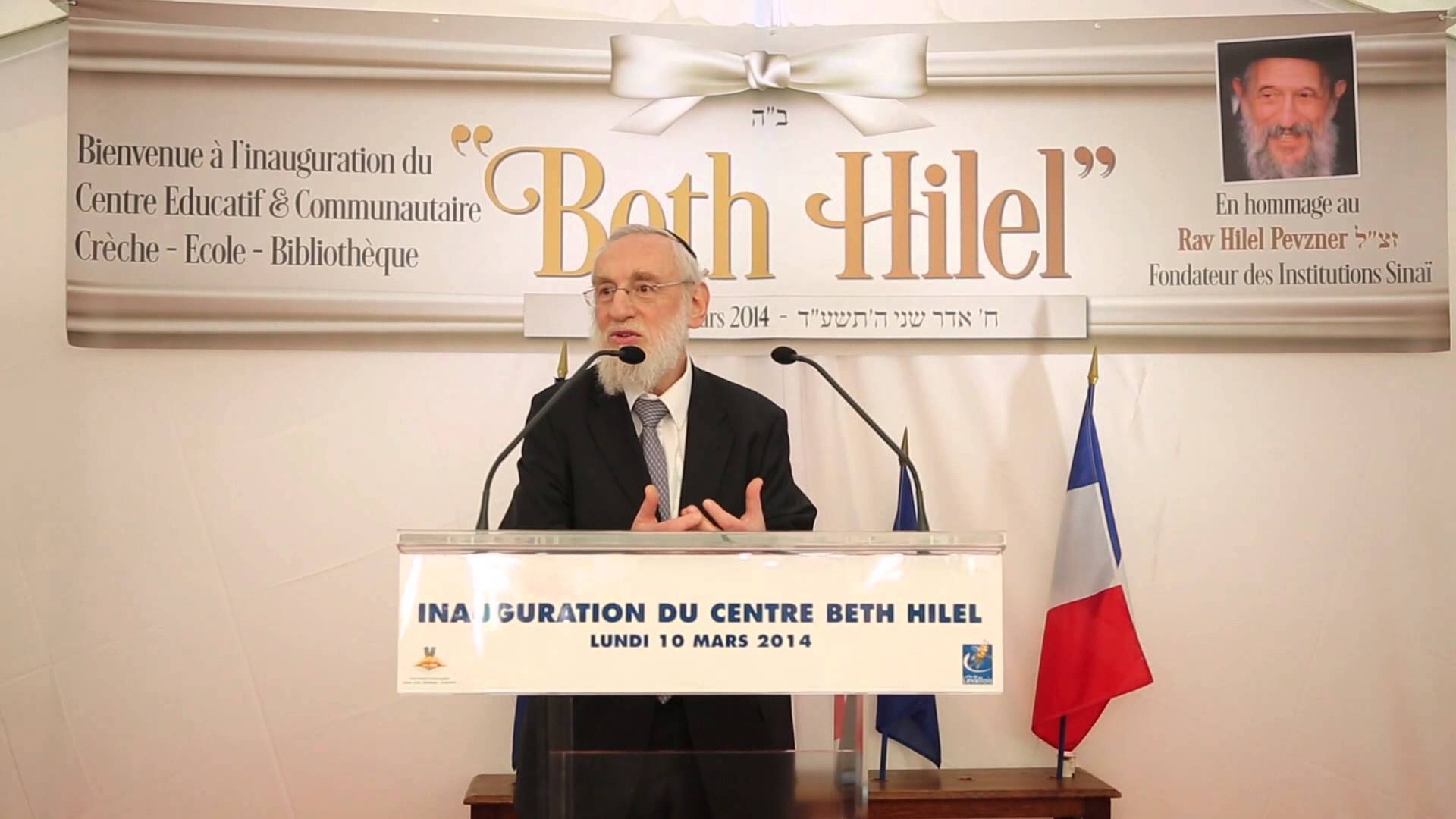 (JTA) — A month ago, Michel Gugenheim seemed to have succeeded in helping France’s rabbinate recover from the scandal that ended the tenure of its previous chief rabbi.

One of France’s two interim chief rabbis and the president of the Paris rabbinic court, Gugenheim had helped advance an ambitious restructuring plan to address redundancies within French Orthodox institutions.

He also kept his office mostly out of the news — a reprieve much needed after the resignation last year of a former chief rabbi, Gilles Bernheim, amid revelations that he had committed plagiarism and used a false academic title.

The sense was that Gugenheim had paved the way for the smooth election of a successor.

But then a video emerged that reportedly shows Gugenheim ordering the family of a woman seeking a divorce to write a $120,000 check to a religious charity in exchange for securing a Jewish divorce certificate, or get, from her husband.

Dubbed by French media as “L’affaire du Guet,” the scandal broke just weeks before the June 22 election for chief rabbi — a vote that many hoped would help salvage the rabbinate’s reputation following the Bernheim debacle.

Now the rabbinate and its parent organization, the Consistoire — an Orthodox body established as the representative of French Jewry by Napoleon in 1808 — are mired again in controversy and facing emboldened critics demanding reforms.

“While Bernheim’s plagiarisms exposed his own personal shortcomings and failures, the get affair undermines the credibility of the French rabbinate much more profoundly because it flags a systemic failure that touches the lives of ordinary French Jews,” said Jean-Claude Lalou, who heads a group, Future of Judaism, that is pushing for reform of the Consistoire and knew in advance of the family’s plan to record the divorce discussion.

The get affair comes amid a continuing erosion in the prestige of chief rabbis across the Jewish world.

In Israel, a former Ashkenazi chief rabbi, Yona Metzger, was the subject of several fraud investigations while in office, while a former Sephardic chief rabbi, Eliyahu Bakshi-Doron, was indicted in 2012 for allegedly issuing fake rabbinical ordination certificates.

It’s unclear how the latest scandal will affect the race for chief rabbi in France, home to Europe’s largest Jewish community. Ten candidates are vying for the votes of the 300 Consistoire delegates charged with electing the chief rabbi.

Gugenheim is not among the candidates, but the man with whom he was sharing interim chief rabbi duties, Olivier Kaufmann, was considered a leading contender before the get affair exploded.

The current scandal concerns a 28-year-old woman named Anaelle whose family left a check for $120,000 made out to a French Jewish charity with Gugenheim’s Paris beit din, or rabbinic court, on March 18.

Journalists who have seen the video reported that under an arrangement that the beit din helped broker, the money was to be funneled through the charity, with one-third going to the husband and the charity pocketing the difference. The family, in turn, would receive an $80,000 credit from the French government for making a charitable donation.

Annaelle’s family secretly recorded the court proceedings on video and has threatened to file a complaint with police unless the check is returned. The video has not been made public, but journalists who have seen it reported that Gugenheim is heard saying, “This is the price of her liberty.”

Another rabbinical judge, Betsalel Levy, is also heard on the recording saying, “I’m not giving a get until we have the check.”

Gugenheim says the video creates a false impression that he and other rabbinical judges pocketed the money. The demand for funds came from the husband, he said, not the court.

“None of the rabbis received the money, but people read the headlines and think there is graft,” Gugenheim told the news site JSS news.

The Consistoire’s defenders accuse those behind the leaking of the video to the media of trying to damage the institution.

“I strongly deplore these unacceptable attempts to destabilize the Consistoire and discredit the rabbinate of France and its tribunal,” said Sammy Ghozlan, the vice president of the Consistoire.

But Lalou says the next chief rabbi will have to carry out major reforms to both the Consistoire and the rabbinate if he is to salvage their reputations and regain French Jewry’s trust.

“These centralist bodies know no oversight, no transparency and no accountability,” Lalou said. “This is driving away Jews from institutional life precisely at a time of great external challenges.”

“We are talking about women’s place in religious life; a policy of openness on conversions to Judaism; an overhaul of the rabbinical ordination process and, finally, last but not least, the opening of dialogue with other streams of religious Judaism,” Cohen wrote in an article on the French-language version of The Huffington Post.

Some critics of the Consistoire doubt that it has the capacity to carry out such reforms.

Rabbi Yeshaya Dalsace, a well-known Masorti, or Conservative, rabbi from Paris, cites Bernheim — whom many hoped would bring new openness to the rabbinate and the Consistoire — as an example of French Orthodoxy’s difficulty with change.

“Bernheim wanted change, but all he did was talk. He encountered too much resistance,” Dalsace said.

The reason, according to Dalsace, is that “like the rabbinate in Israel, the Consistoire in France is hostage to radical forces and Hasidic courts whose rabbis make up the Consistoire electorate. It’s like trying to lobby for change within the Communist Party during Bolshevism.”