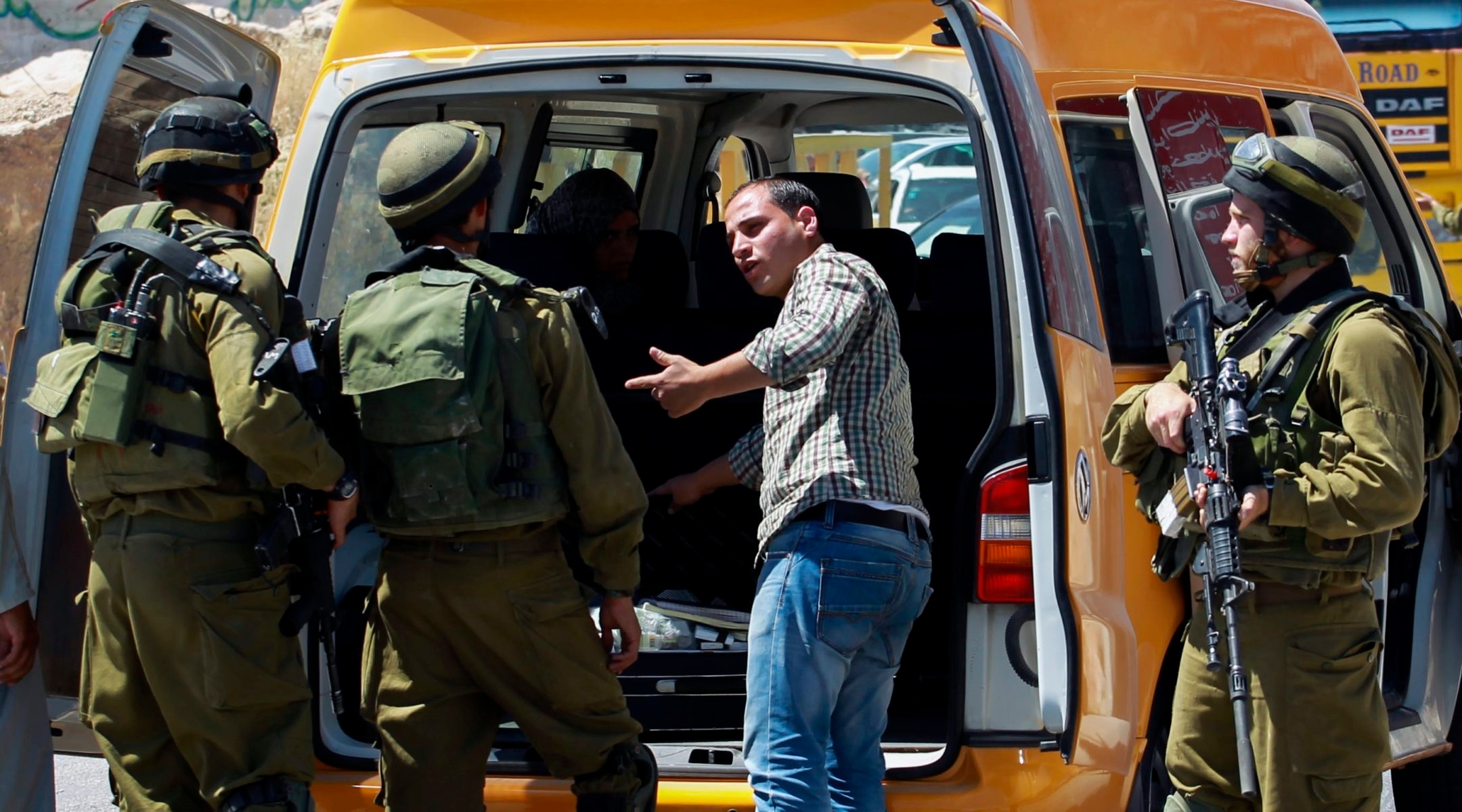 Israeli soldiers searching Palestinians at a checkpoint set up at the entrance to the industrial zone of Hebron in the effort to find three kidnapped Israeli teenagers, June 15, 2014. (Hadas Parush/Flash 90)
Advertisement

Netanyahu, making the accusation on Sunday at the beginning of the weekly Cabinet meeting, said he did not name Hamas in his news conference the previous evening because of the operation trying to bring home the teens.

Eighty Palestinians were arrested overnight Saturday. A closure also was placed on Palestinian cities in the West Bank, including Hebron and Bethlehem.

“This morning I can say what I was unable to say yesterday before the extensive wave of arrests of Hamas members in Judea and Samaria,” Netanyahu said at the Cabinet meeting. “Those who perpetrated the abduction of our youths were members of Hamas — the same Hamas that Abu Mazen made a unity government with. This has severe repercussions.”

The teens, including one dual Israeli-American citizen, have been missing since Thursday night. They were last seen trying to get rides home from a yeshiva high school in Gush Etzion, a bloc of settlements located south of Jerusalem.

The missing teens were identified Saturday as Gilad Shaar, 16, from Talmon; Eyal Yifrach, 19, from Elad; and Naftali Frenkel, 16, from Nof Ayalon, who is also an American citizen.

A massive national operation involving at least 2,000 troops is underway to locate the  teens. Security forces also have mobilized to ensure that the youths are not taken from the West Bank into Gaza.

Among those arrested Saturday night, according to Ynet, was senior Hamas activist Hassan Yousef, a former spokesman for Hamas who is considered one of the organization’s spiritual leaders. Several members of the Palestinian Parliament also were arrested.

Israeli media reported late Saturday that police received a report about the teens’ abduction shortly after their disappearance, but did not inform the Israeli military or security services until several hours later.

Meanwhile, hundreds gathered Saturday night at the Western Wall for a prayer vigil for the safe return of the teens.