The Jewish guide to the World Cup 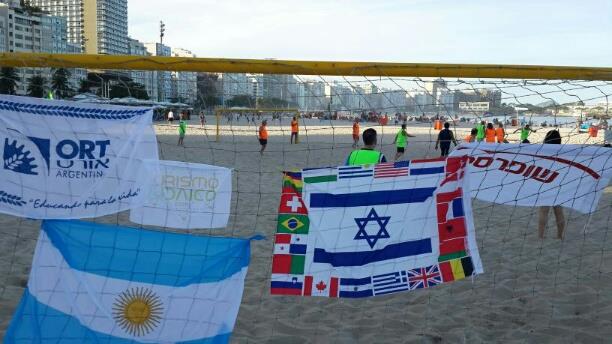 Among the Jewish meet-ups at this year's World Cup: a Saturday soccer game on the beach in Rio de Janeiro. (Courtesy Turismo Judaico)
Advertisement

Israel is not in the World Cup, and none of the star players is Jewish. But never fear: We still managed to compile a list of six Jewish things about Brazil 2014.

The coach: Jose Pekerman, the coach of Colombia’s team, is an Argentine Jew. Pekerman, 64, was born in Villa Dominguez, one of the main centers of Jewish immigration in Argentina; his grandparents emigrated from Ukraine.

The philo-Semite: Argentine Lionel Messi traveled to Israel in 2013 with the Spanish Football Club Barcelona as part of the team’s “peace tour.” In 2011, he participated in a campaign for justice and memory of the victims of the 1994 AMIA Jewish center bombing.

The Israeli fans: Israelis have purchased more tickets per capita than citizens of any other country without a team in the games. The number of tickets sold to Israelis through FIFA’s website – 11,222 (tickets were limited to 17 per individual, and allocated via a raffle system) puts Israel second after Canada in ticket sales among countries without a team to root for.