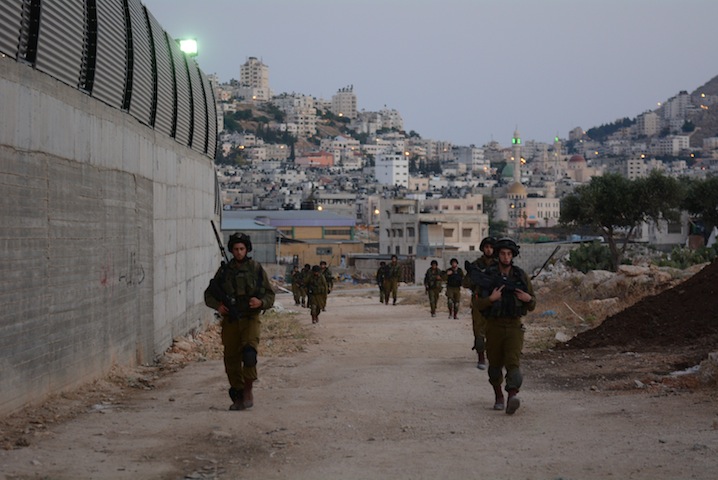 TEL AVIV (JTA) — Since the three teenagers were abducted last week, Israel’s goals have been simple: Find them and punish their kidnappers.

Realizing those goals, though, is far from a simple task.

The international community has condemned the kidnappings, and Israel has spread its forces across the West Bank to search for the teens. Israeli Prime Minister Benjamin Netanyahu has vowed to stop at nothing to find Naftali Frenkel, Gilad Shaar and Eyal Yifrach.

But the effort is taking place amid an increasingly complicated period in Israeli-Palestinian relations.

Israel is holding the Palestinian Authority responsible for the incident, but also is working with it to find the teens. Palestinian Authority President Mahmoud Abbas condemned the kidnapping but now shares a government with Hamas, which has hailed the abduction. And while Israel has promised to do everything it can to bring the boys back, there are efforts in the Knesset to prevent prisoner swaps of the sort that freed hostages in the past.

The teens were captured on June 12, and in his first public statement on the incident, Netanyahu two nights later wasted no time blaming the kidnapping on the new Palestinian unity government formed as a result of an agreement between Abbas’ Fatah party and Hamas.

“We hold Abu Mazen and the Palestinian Authority responsible for all attacks against Israel that originate from their territory, whether this is Judea and Samaria or the Gaza Strip,” Netanyahu said, using Abbas’ nom de guerre.

On Sunday, Netanyahu said he knew “for a fact” that Hamas perpetrated the attack and again pledged to hold the P.A. to account.

But Israel’s coordination with the Palestinian Authority on West Bank security has continued unabated. P.A. security forces are helping Israel comb the areas under P.A. control for the teens.

On Monday, Abbas and Netanyahu spoke for the first time in more than a year.

Shlomo Brom, head of the program for Israeli-Palestinian Relations at Tel Aviv University’s Institute for National Security Studies, said it was a mistake for Netanyahu to try to pin the blame on Abbas.

Netanyahu’s accusation that Hamas was behind the abduction was denied by Hamas leaders, though they also praised the kidnapping. On Sunday, the prime minister received support from U.S. Secretary of State John Kerry, who said “many indications point to Hamas’ involvement.”

Some experts suggested that Hamas was the only organization in the West Bank sophisticated enough to carry out the kidnapping but that it had nothing to gain from confirming Israeli claims. Taking responsibility for kidnapping children, they said, would not gain Hamas international sympathy and would encourage Israel to expand its military operation.

“It would have been easier had they kidnapped soldiers,” said Jonathan Fine, a counterterrorism expert at the Interdisciplinary Center Herzliya. “That they kidnapped teens is not going to work in the international arena. They’re very quiet now because of tactical reasons, but also because of an escalating amount of fear over what Israel will do. If these kids are executed, Hamas will pay a very, very high price.”

While Hamas may be behind the kidnappings, it has been particularly uncomfortable politically for Abbas.

He has forsworn violence but signed a unity deal with Hamas. He has condemned the kidnapping, but official organs of his Fatah party have published cartoons praising the kidnappers. And Abbas opposes Israel’s occupation of the West Bank but is aiding the Israeli army in its search efforts there.

In the wake of the kidnapping, the Palestinian Authority froze ongoing reconciliation talks with Hamas. But Fine said Abbas is “walking a very thin line,” unable to publicly support the Israeli military efforts or Hamas.

“There’s no doubt he’s in a catastrophic situation,” Fine said. “He was working on the political level cornering Israel [diplomatically], and now Hamas comes up and screws up everything. Hamas backstabbed them.”

In the past, when military operations have failed to rescue hostages, Israel has turned to releasing Palestinian prisoners in return for captured Israeli soldiers or civilians.

In October 2011, Israel released more than 1,000 prisoners in exchange for Gilad Shalit, an Israeli soldier captured by Hamas in 2006. Last year, Israel agreed to release more than 100 Palestinian prisoners as a precondition to entering peace talks with the Palestinians.

But opposition to such exchanges has intensified among right-wing Knesset members who view prisoner exchanges as fundamentally unjust and strategically misguided. Days before the kidnapping, a bill proposed by Ayelet Shaked of the Jewish Home party that would make it more difficult to release terrorists as part of such exchanges passed a preliminary reading in the Knesset.

Following the kidnapping, Jewish Home’s chairman, Naftali Bennett, doubled down on his party’s opposition to prisoner exchanges, telling Israeli Channel 2 Monday that “over the past 30 years, the fact that we’ve freed about 10,000 terrorists over the years got the other side used to the idea that if you kidnap, it’s worth it because you receive 1,000 terrorists, 100 terrorists.”

Should Israel prove unable to find the teens, said Hillel Frisch, an expert on Palestinian politics at Bar-Ilan University, public pressure to free the hostages could lead to a prisoner swap, even if it hurts Israeli strategic interests.

“I feel bad for these three boys, but this whole attack shows the bankruptcy of this policy” of prisoner releases, Frisch said. “[Terrorists] have an incentive. It’s like playing the lotto but knowing you’re going to win. All they need is to do something like this every eight or 10 years.”