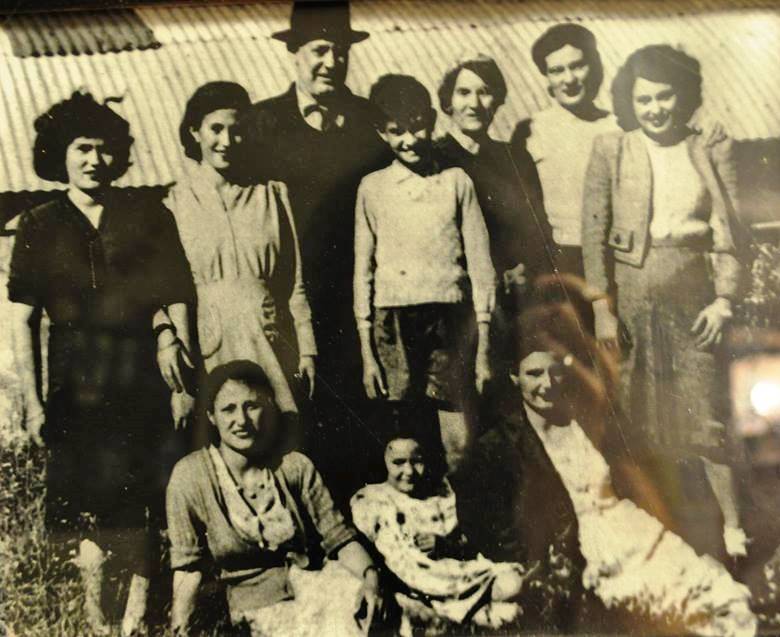 Judith Mertz, shown as a little girl sitting with her family in early 1950s Israel, lives in Pennsylvania now but says she has family in her native land "from Metulla to Eilat." (Courtesy Judith Mertz)
Advertisement

BALTIMORE (JTA) – Judith Mertz still recalls plenty of the Indian words she learned from her friend Miriam El-Chai when they were high school friends in Israel and embarking on teaching careers together.

And when Mertz next makes one of her frequent trips to Israel, she expects to see El-Chai for the first time in a half-century.

“I always tell my family about my Indian friend,” she said. “I remember lots of words she taught me.”

El-Chai, a native of Cochin, India, grew up in Kfar Hasidim and Rechasim, villages east of the northern Israeli city of Haifa. Mertz, whose parents emigrated from Egypt and Libya, was raised in the Tel Aviv-area town of Bat Yam.

In the late 1950s and early 1960s, the girls – then known as Miriam Efrayim and Yehudit Chatab – became fast friends while attending Ohr HaChaim High School, a haredi Orthodox boarding school in Bnei Brak. When they graduated and enrolled in a monthlong teacher-training program in Tel Aviv, El-Chai lived with Mertz and her large family at 10 HaHalutzim St.

The new teachers started their careers together, working at a school in the Upper Galilee community of Yuval, along Israel’s border with Lebanon. But then they changed jobs, El-Chai married and the friends lost touch.

Five years ago El-Chai, fondly recalling their youth and grateful for the Chatabs’ hospitality, began searching for Mertz — someone “who rests in my soul all these years,” she said.

El-Chai heard that her friend had moved to the United States and gave her a call. No one answered, so she left a message. 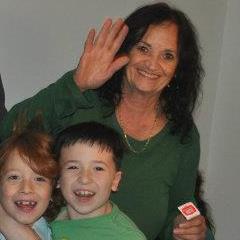 The ringing phone awakened Mertz near midnight at her Pennsylvania farmhouse. Her daughter-in-law had been killed recently in a car accident, and Mertz and her husband, Mick, were helping to raise their grandchildren. Her mind wasn’t attuned to renewing a long-ago friendship, even a close one. Besides, El-Chai hadn’t left a phone number.

But when El-Chai’s grandson, Elad Eliyahu, contacted Mertz recently on Facebook, Mertz confirmed that he had located the right person. She was concerned that his reaching out meant something was wrong, that perhaps her old friend was ill.

El-Chai is fine, as is Mertz.

“She is very special, and her friendship was on a high level,” El-Chai, a retired teacher with five children and 15 grandchildren, said from her home in Rechasim.

“When I was 18, she took me in to her home. I don’t know how we lost touch, but I always wanted to thank her and also to ask her forgiveness for anything I might have done to cause the separation.”

No conflict was responsible for their drifting apart, said Mertz, a massage therapist who, like El-Chai, is 68.

While the two women spoke separately with “Seeking Kin” in early June, they haven’t chatted with each other since the connection’s renewal. But they plan to, with each saying she fondly remembered the other over the years.

Their friendship resonates, too, with the young man who helped reunite them.

“I realized it was important for my grandmother to find her [friend],” said Eliyahu, 21, who is serving in the Israeli military. “I feel great that I helped my grandmother. She said she’d wanted to close a circle from her youth.”

For Mertz, hosting El-Chai during their training course came naturally. Her parents, Renato and Rachel, seemed to be constantly welcoming relatives and friends into the two-floor home where Mertz grew up as the youngest of 16 children, several of whom died at birth or in infancy.

“We had at least 10 friends stay with us for a year,” she said. One of Mertz’s friends who experienced problems with her own parents lived with the Chatabs for three years.

“At dinner, it was never just my parents and me,” Mertz recalled. “Always there was someone at the table.”

The open-door policy continues at Daisy Field Farm, the Mertzes’ property in the Pocono Mountains, where the couple runs a horse-riding academy and wildlife roam. Their daughter’s friend lived there temporarily because of problems at home.

“If someone says they’re going to Israel and has nowhere to stay, I tell my family to host them. I have family from Metulla to Eilat,” Mertz said.

It’s a clan of approximately 250, a staggering number that a niece and nephew are trying to make order of in a family tree.

On her visits to Israel, relatives fight good-naturedly over hosting Mertz. Next trip, as always, she’ll spend time with her remaining siblings, sisters Victoria, 93, and Miriam, 91.

“I love Miriam Efrayim,” Mertz said. “If we get together, we could sit a whole week and not cover everything.”

(If you would like “Seeking Kin” to write about your search for long-lost relatives and friends, please include the principal facts and your contact information in a brief email. “Seeking Kin” is sponsored by Bryna Shuchat and Joshua Landes and family in loving memory of their mother and grandmother, Miriam Shuchat, a lifelong uniter of the Jewish people.)