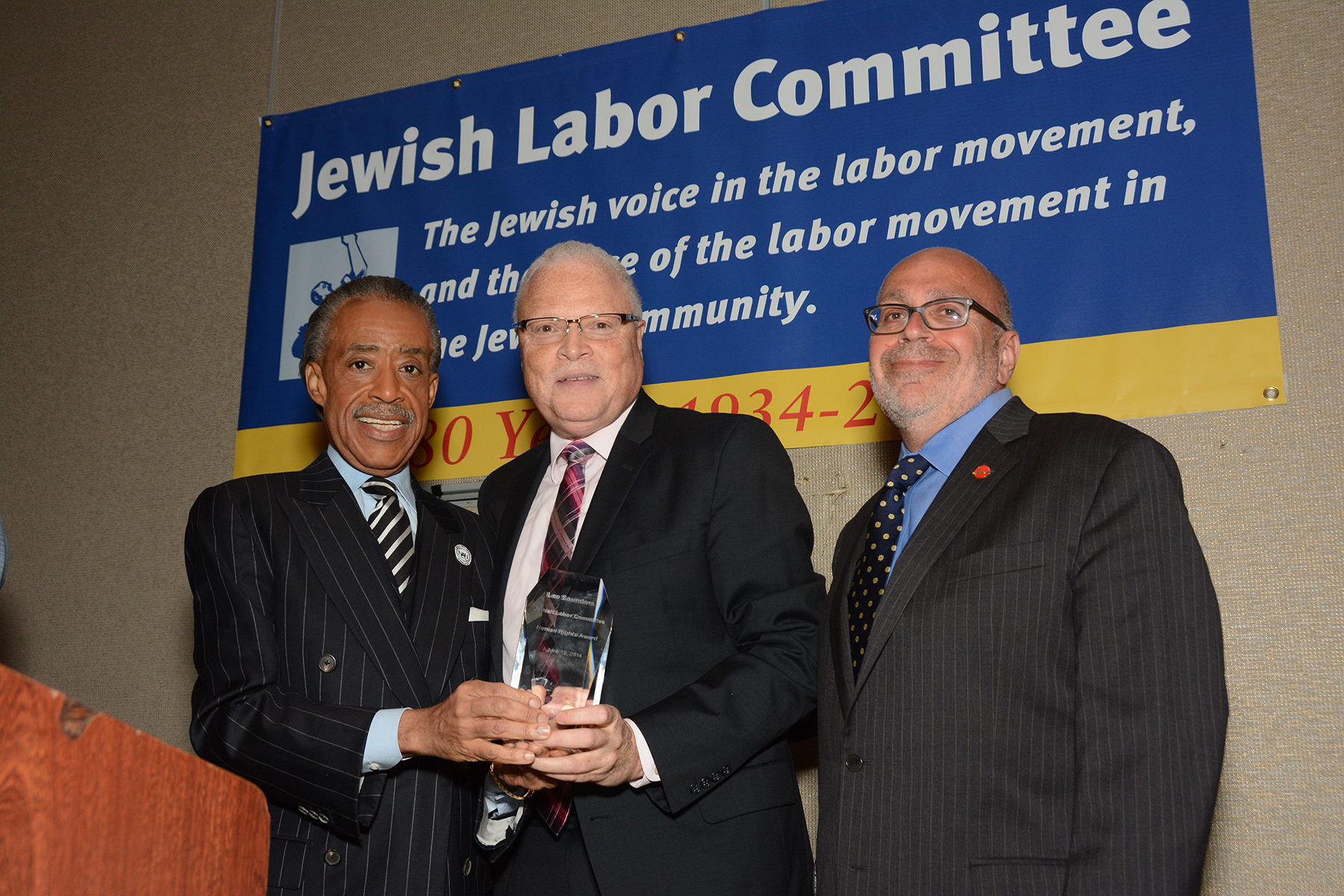 Al Sharpton hasn’t always had the best relationship with the Jewish community.

But on Thursday night, he had a place of honor at the Jewish Labor Committee’s annual Human Rights Awards Dinner in New York.

Sharpton addressed the gathering to present the group’s Human Rights Award to Lee Saunders, president of the American Federation of State, County and Municipal Employees.

And Sharpton was in a bridge-building (perhaps even contrite?) mood.

“We that have done things that has led to the division of blacks and Jews have to work vigorously to heal the wounds that we’ve had in this city and correct the behavior that has divided us, and we say whatever we’ve done, we’ve got to do better,” Sharpton said.

Back in the 1990s, Sharpton was accused by critics of incitement during the Crown Heights riots and in protests targeting a Jewish-owned store in Harlem that boiled over into a deadly arson and shooting attack. But in recent years, he has achieved a degree of mainstream respectability, mending relations with old adversaries like the late New York mayor Ed Koch, cultivating ties with President Obama and landing a hosting gig on MSNBC.

Stuart Appelbaum, the JLC’s president, told JTA that the group decided to invite Sharpton as part of its effort to rebuild the alliance between blacks and Jews.

“[We invited] Reverend Sharpton to speak to a Jewish organization to reestablish the relationship that motivated us for so many decades,” said Appelbaum, who is also the president of the Retail, Wholesale and Department Store Union.

Appelbaum, in his own address to the gathering, noted that it was the 50th anniversary of Mississippi Freedom Summer, when blacks and Jews worked together to fight for black voting rights. He specifically noted the infamous June 1964 murders in Mississippi of James Chaney, Andrew Goodman, and Michael Schwerner — one black and two Jewish civil rights workers.

Sharpton, speaking immediately after Appelbaum, also noted the close cooperation in the civil rights era. “We must tell black children that Jews died for us and blacks died for Jews,” he said.

The dinner marked the 80th anniversary of the JLC, which acts as a bridge between the Jewish community and the labor movement.

Along with Saunders, the evening’s other honoree was George Miranda, international vice president at-large of the International Brotherhood of Teamsters.

The other high-profile speaker was Maryland Governor Martin O’Malley, who has been widely discussed as a possible Democratic presidential candidate.

But perhaps the most famous face in the crowd was former U.S. Rep. Anthony Weiner, who did not have any particular place of honor.