Kabbalat Kaboom: Celebrating the Fourth on a Friday 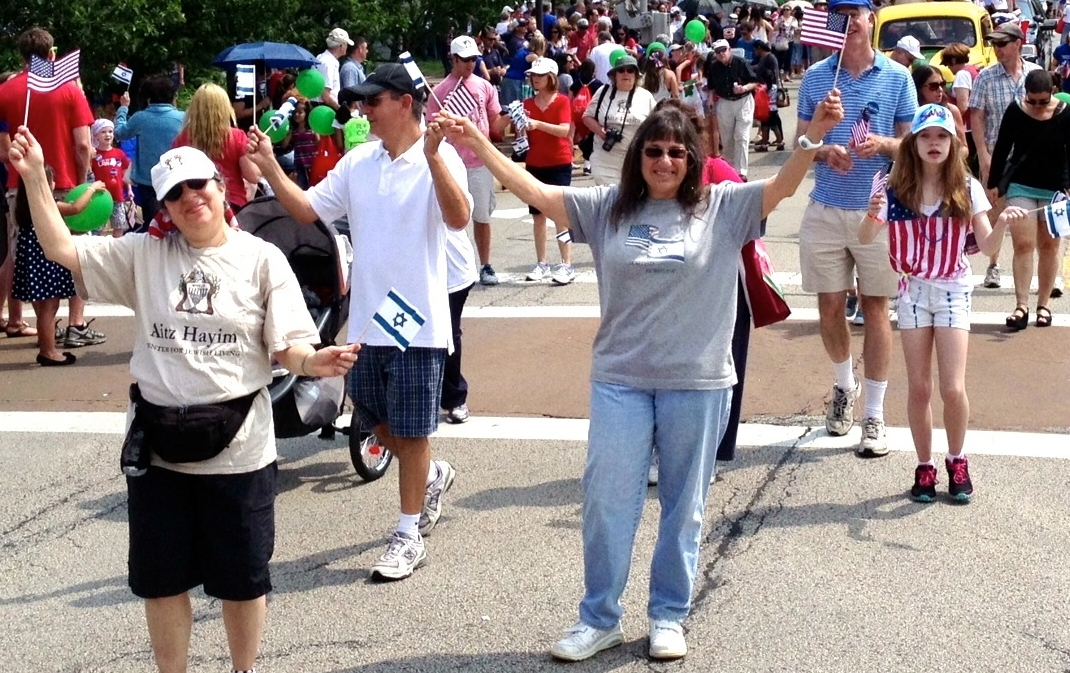 LOS ANGELES (JTA) — Part “God Bless America,” part “Shabbat Shalom,” the Fourth of July this year falls on a Friday. In this land of religious freedom, how do we plan to observe both?

As the sun sets over the “fruited plain,” will we be lighting Shabbat candles and fireworks? How will the Sabbath Queen look in red, white and blue?

Those who traditionally observe the Sabbath by not kindling fire surely will take a pass on the “rockets’ red glare.” But for many U.S. Jews and congregations, the day represents an opportunity to integrate Jewish themes into a national day of celebrating our freedom.

As a kid, like many boomers, I remember the Fourth as a day of firecrackers, spark-shooting fountains, backyard barbecues, parades and family picnics. Several synagogues this year will incorporate the same elements into their congregational programming.

On that Friday, when singing “Lecha Dodi” and hearing the boom of fireworks, or seeing them explode in the sky, I wonder how the verse “Awake and arise to greet the new light, for in your radiance the world will be bright” will resonate. Could it apply to celebrating the birth of a nation?

The folks at Temple Emanu-El in Dothan, Ala., will discover how the day’s two liturgies relate. First they’ll gather in the garden of a congregant’s home for a short Shabbat service before enjoying what the synagogue’s website calls “an old-fashioned picnic.”

“Wear red, white and blue and bring your lawn chairs,” the site urges.

I suppose that means grape juice for Kiddush.

Congregation B’nai Israel of St. Petersburg, Fla., is having a “Musical Kabbalat Shabbat honoring U.S. independence,” according to the synagogue website. Its Cuba-born rabbi, Jacob Luski, will deliver a message on a “patriotic theme.”

Luski, who moved to the United States when he was 11, said that after the congregation sings “God Bless America,” “The Star Spangled Banner” and “America the Beautiful,” he plans to ask, “What are we celebrating? Barbecues, watermelon and a big beach day? Or are we thinking about how and why our families came to America?”

The rabbi says he wants his congregants to think about their connections to the U.S., about “Who in their families were the first born in America.”

Luski recalls his own roots — grandparents who moved to Cuba from Russia-Poland, and parents who immigrated to America.

“I appreciate being accepted in the U.S. as an immigrant,” he says.

Perhaps with that journey in mind, Luski offers a unique connection between the Statue of Liberty and a mezuzah.

“Just as a mezuzah welcomes you into your home with the values of the Torah, the Statue of Liberty reminds us to treat everyone with friendship, compassion and justice,’ he says.

In 2010, near the 50th anniversary of his family’s coming to America, Luski recalls U.S. Rep. Bill Young of Florida inviting him to deliver the opening prayer before the House of Representatives.

“What a Jewish journey,” the rabbi exclaims.

On the West Coast, too, fireworks will add to Shabbat’s “joyous song,” though it might be more like “joyful noise.”

In Santa Rosa, Calif., Congregation Shomrei Torah is situated on a hilltop half a block away from a professional fireworks show put on at the Sonoma County Fairgrounds, according to Denise Harrison of the temple’s office.

Each year on the Fourth, the synagogue grounds become a prime fireworks viewing area for 200 to 300 congregants and their guests. With a service timed to end before the show begins, this year, though, Harrison says “people have to come to services to see the fireworks.”

In Glencoe, Ill., in addition to parading with the Torah on Saturday morning, members of Aitz Hayim Center for Jewish Living will be parading on the Fourth with a 1953 pickup truck in parades there as well as in nearby Highland Park, which has five synagogues in a city of 30,000.

Along the parade routes, “We pass out small American and Israeli flags,” says Todd Jacobs, the executive director of a congregation he calls “post denominational.” “In Highland Park they prefer the Israeli flag.”

The truck has a sound system that Jacobs says plays “a mashup of ‘The Yankee Doodle Boy’ by George M. Cohan and a niggun by Shlomo Carlebach.”

Aitz Hayim Center has been in the parades for 20 years, and Jacobs is proud of the banners they put on the truck. “Values by Lincoln, Body by Ford,” it read one year.

Jacobs recalls that one year, seeking to make a Jewish connection to the Fourth, a member dressed up like the Statue of Liberty while holding what looked like a Torah.

On years the Fourth has fallen on a Saturday, Jacobs says that in an effort not to offend observant Jews, the group walks and doesn’t use the truck.

Perhaps seeking a historic Jewish connection to Independence Day, one year the truck banner read, “Half of the first graduating class of West Point was Jewish.”

“That year,” Jacobs explains, “there were only two graduates, and one of them was Jewish.”