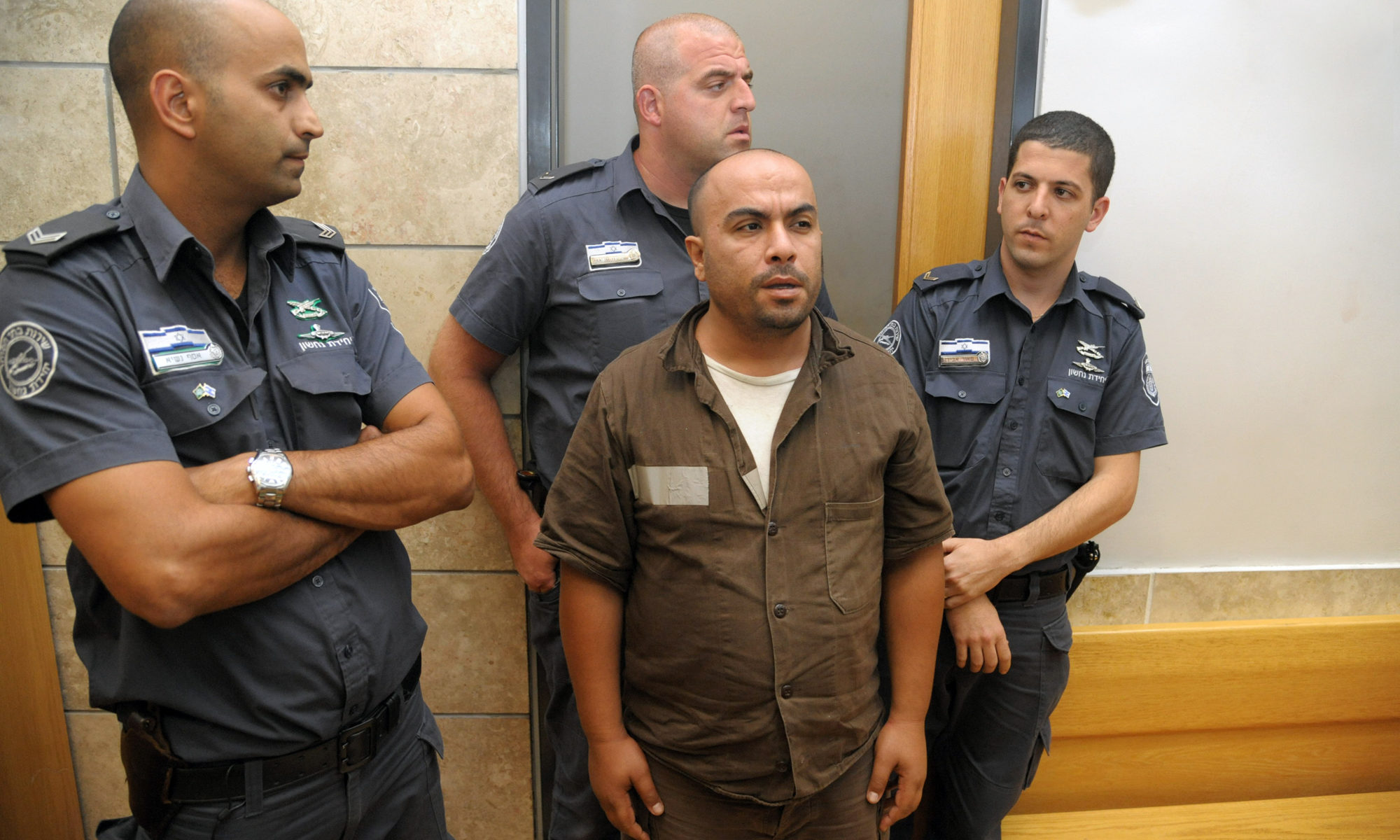 Hussein Yousef Khalifa, 34, a taxi driver who allegedly confessed to the murder of Israeli Shelly Dadon, is seen at the Nazareth court on June 23, 2014. (Gil Eliyahu/Flash90)
Advertisement

JERUSALEM (JTA) — A taxi driver who allegedly confessed to killing a young Jewish woman in northern Israel was indicted in the murder.

Hussein Yousef Hussein Khalifa, 34, of the village of Iblin in the Galilee, was charged Wednesday in Nazareth District Court in the stabbing death of Shelly Dadon.

Dadon, 20, had left her home in Afula on the day of the murder for a job interview in nearby Migdal Haemek and was found dead in the city’s industrial zone.

Khalifa, who drove workers to and from factories in the industrial zone, took Dadon to an abandoned parking lot on its outskirts and stabbed her to death before fleeing in his cab, according to the Shin Bet. He was able to provide many unpublished details of the murder, the security service said.

The body showed “severe signs of violence,” Moshe Cohen, commander of the police’s Northern Regional division, said at the time of its discovery.

According to the indictment, Dadon was stabbed in nearly every area of her body.

The indictment did not indicate a motive, though the Shin Bet said Sunday in a statement that the killing was committed “for nationalistic reasons.”