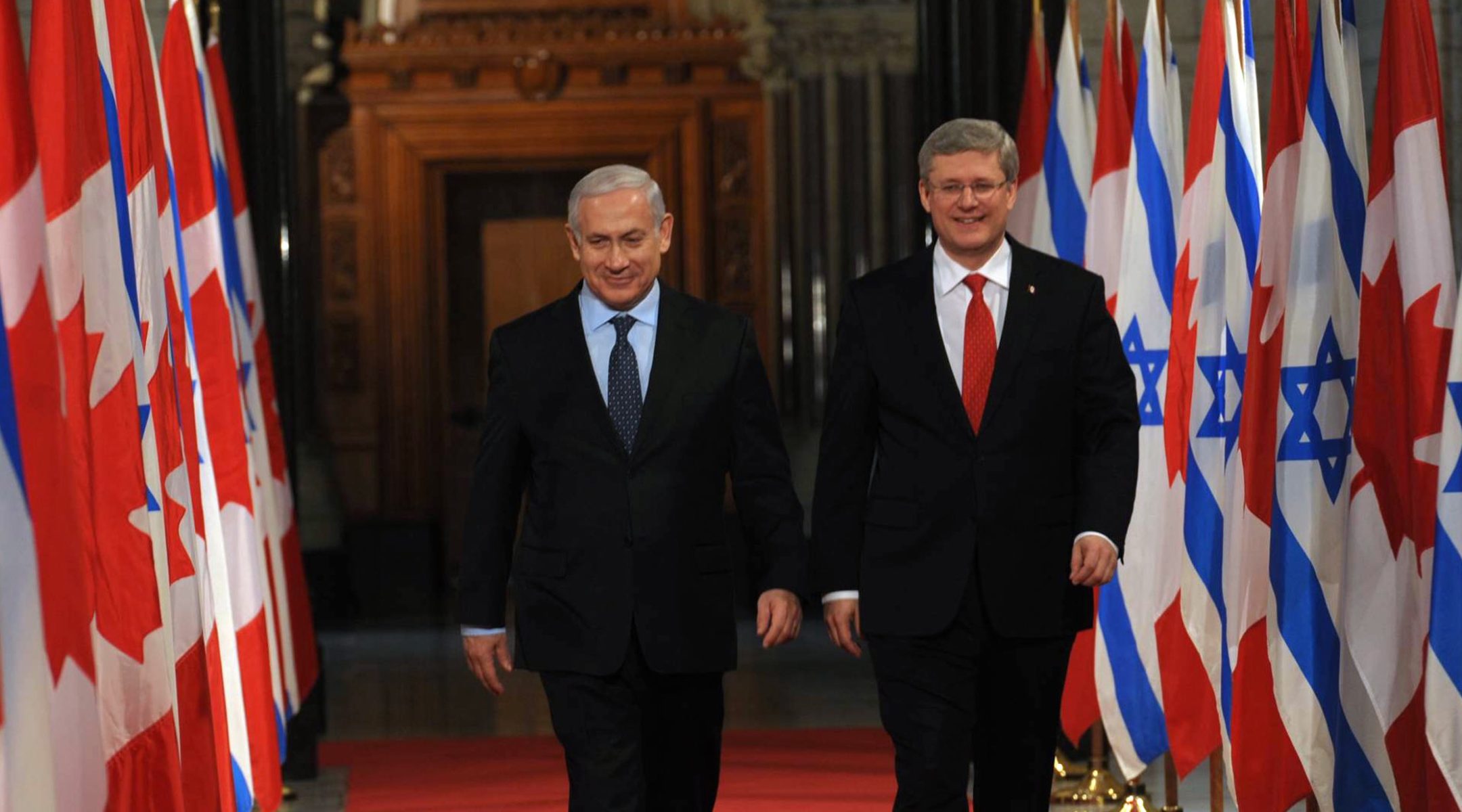 “The indiscriminate rocket attacks from Gaza on Israel are terrorist acts, for which there is no justification,” Prime Minister Stephen Harper said in a statement released Sunday. “It is evident that Hamas is deliberately using human shields to further terror in the region.”

“Failure by the international community to condemn these reprehensible actions would encourage these terrorists to continue their appalling actions. Canada calls on its allies and partners to recognize that these terrorist acts are unacceptable and that solidarity with Israel is the best way of stopping the conflict,” said Harper, who has been hailed as the most pro-Israeli prime minister in Canadian history.

Canada, the Conservative leader continued, “is unequivocally behind Israel. We support its right to defend itself by itself against these terror attacks, and urge Hamas to immediately cease their indiscriminate attacks on innocent Israeli civilians.”

Canada repeated its calls for the Palestinian government to disarm Hamas “and other Palestinian terrorist groups operating in Gaza, including the Iranian proxy, Palestinian Islamic Jihad.”

The opposition Liberals took a more nuanced approach, saying that while they are “greatly concerned” about the escalating violence in Israel and the Gaza Strip, they “strongly urge all parties to without delay seek an immediate ceasefire. All possible steps must be taken to protect civilian life.”

“The only path to peace is through negotiation,” said Liberal foreign affairs critic Marc Garneau. “All sides must demonstrate restraint and a real commitment to peace if this violence is to be quelled.”