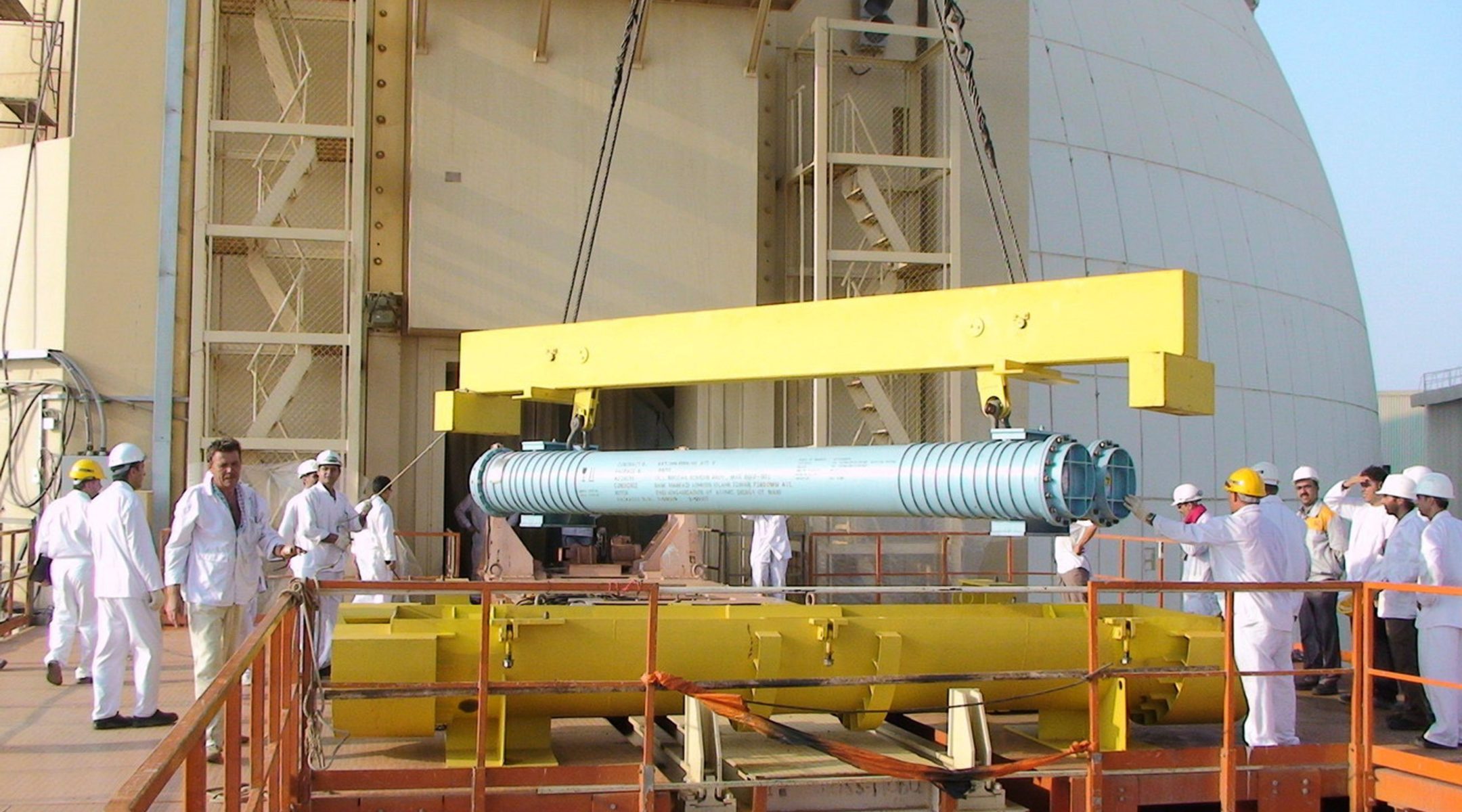 NEW YORK (JTA) — The bloody sectarian warfare in Iraq and Syria and the swift takeover of wide swaths of territory by the Sunni fundamentalist ISIS — now calling itself a “caliphate” — has triggered calls to cooperate with Shiite Iran as a counterweight.

Yet we must not allow our justified concerns about ISIS to blind us to the even greater danger to regional security posed by a nuclear Iran.

We must remember that a nuclear Iran could credibly threaten our allies with destruction — especially Israel, which Iran has promised to wipe off the map — furnish Hezbollah and other non-state terrorist groups with nuclear weapons, and start a nuclear stampede as other countries in the area initiate nuclear programs of their own.

International negotiators resumed talks in Vienna on July 2 to address this danger to world peace. With a July 20 deadline looming, it is the latest — and, unless they are extended, the final — round of negotiations between Tehran and the P5+1 nations (the U.S., Britain, France, Russia, China and Germany) aimed at preventing Iran from achieving military nuclear capacity, in return for which the international community will end the economic sanctions that have been placed on the country.

This series of talks was agreed upon in an interim agreement, announced on November 24, 2013, after Hassan Rouhani, viewed as a comparative moderate, assumed the presidency of Iran. When the interim accord went into effect in January, Iran froze elements of its nuclear program and the U.S. eased some of the sanctions.

Since it was the economic sanctions that had forced Iran to the negotiating table, Sens. Mark Kirk (R-Ill.) and Robert Menendez (D-N.J.) proposed legislation, to take effect after the July 20 deadline, that would hold Iran’s feet to the fire by ratcheting up sanctions if the current talks collapsed or Iran violated its obligations. But when the Iranians protested this threat of new sanctions, the administration convinced the senators to stand down. Nevertheless, Secretary of State John Kerry publicly stated that the sanctions would be re-imposed and strengthened should the talks fail.

The key issue separating the two sides is Iran’s enrichment of uranium, which Tehran insists is for peaceful purposes, but the P5+1 warn can be used to produce nuclear weapons. Iran today has some 10,000 operating centrifuges, the mechanisms that do the actual enrichment, and the “breakout time” — how long it would take Iran to produce a nuclear bomb should it decide to do so — is estimated at a few months.

Western observers say that little progress has been made toward a comprehensive agreement due to Iranian defiance and refusal to diminish its nuclear facilities already built. The International Atomic Energy Agency, the U.N. nuclear watchdog, has issued several reports raising questions about the military dimensions of Iran’s nuclear program. On June 2, the IAEA’s director general, Yukiya Amano, called Iran’s posture a “jigsaw puzzle” and made clear that the IAEA’s inquiries would not be completed by the July 20 deadline.

“That is not our timeline. It is their timeline,” said Amano, referring to the P5+1. “We will take the necessary time to resolve all the outstanding issues.”

Leading figures in the American administration have said — almost like a mantra — that “no deal is better than a bad deal.” And Secretary of State John Kerry, in a June 30 Washington Post opinion article, noted that the “public optimism” shown by the Iranian negotiators “has not been matched, to date, by the positions they have articulated behind closed doors.”

Emphasizing the large gap between Iran’s professions of peaceful intentions and “the actual content” of its nuclear program, Kerry cited numerous previous instances of the country’s violation of international obligations. He wrote that the P5+1 will not agree to an extension of the July 20 deadline “merely to drag out negotiations,” and warned that should Iran not satisfy the demands of the international community, “sanctions will tighten and Iran’s isolation will deepen.” If that doesn’t deter Tehran, the administration has said that “all options are on the table.”

Should the deadline pass without an agreement or a time-specific extension, we must be prepared to follow through on the administration’s wise words, and encourage the international community to follow suit. Nothing that is happening in Syria or Iraq mitigates the specter of a nuclear Iran.