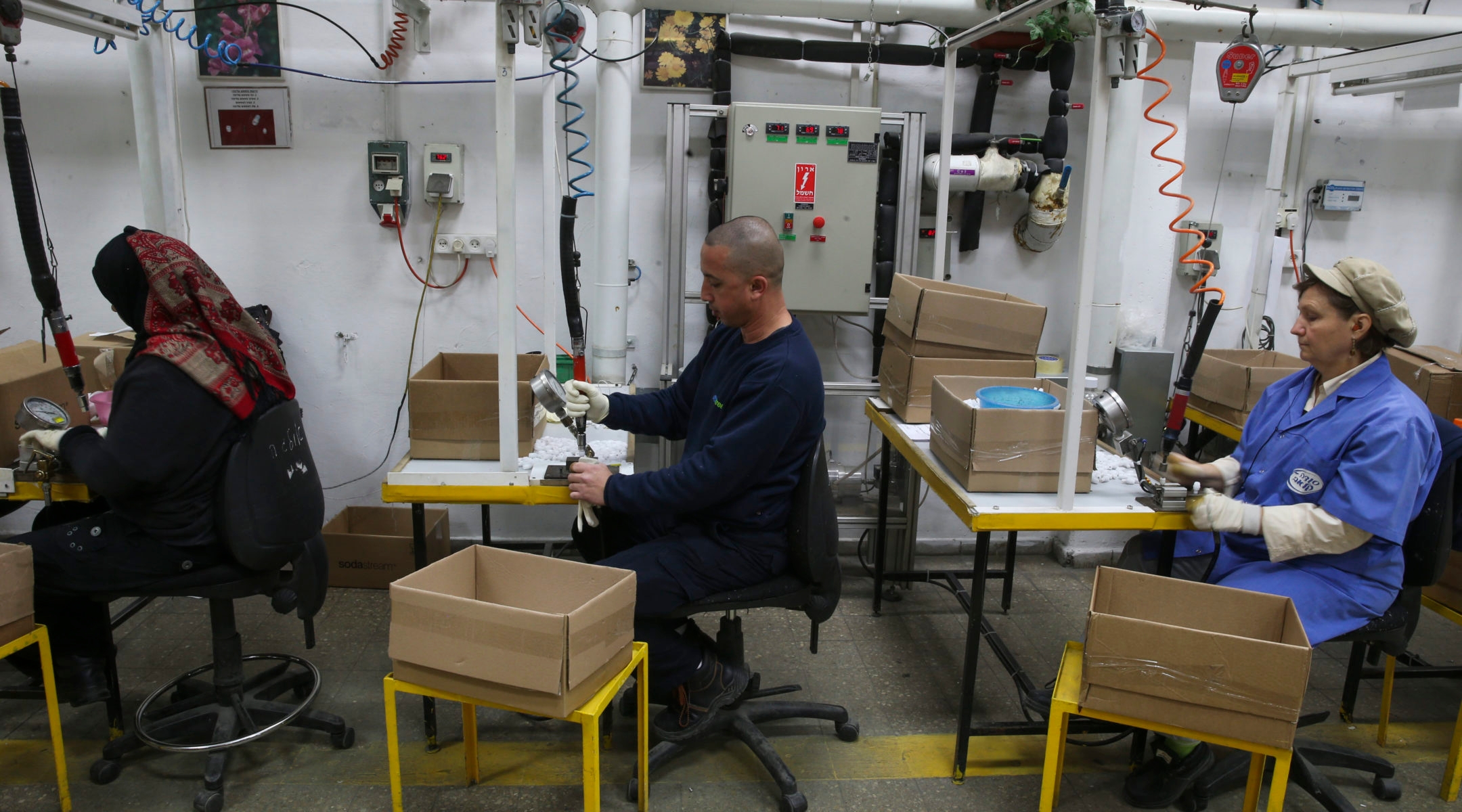 Palestinians and Jews work at a SodaStream factory on Feb. 2, 2014 in the Mishor Adumim industrial park in the West Bank. (Nati Shohat/Flash90)
Advertisement

JERUSALEM (JTA) — The SodaStream company reportedly fired 60 Palestinian employees from its West Bank plant over a dispute on breaking the Ramadan fast.

The workers were fired earlier this month, the WAC-MAAN trade union representing the Palestinian workers told The Marker, a business newspaper associated with the Israeli daily Haaretz.

The evening shift workers reportedly received dismissal notices a day after complaining that the food they received to end the daily sun-up to sundown fast during the Ramadan holy month was not enough. They are prohibited from bringing their own food into the plant due to the observance of kosher laws there.

On the evening they complained, the workers were sent home with promises that the issue would be resolved, according to the Marker. They received the termination notices the following day.

SodaStream told the Marker in a statement that the workers were dismissed because they called a wildcat strike, which the company said was without cause.

“SodaStream CEO Daniel Birnbaum proudly presents the plant as an oasis of coexistence between peoples, but the reality is very different,” WAC-Maan Jerusalem coordinator Erez Wagner told The Marker.

SodaStream has been in the news in recent months following the signing of actress Scarlett Johansson as a spokeswoman and the ensuing controversy over its West Bank factory. Johansson resigned as a global ambassador for Oxfam over her position with the company, which employs Jewish and Palestinian workers in Maale Adumim.