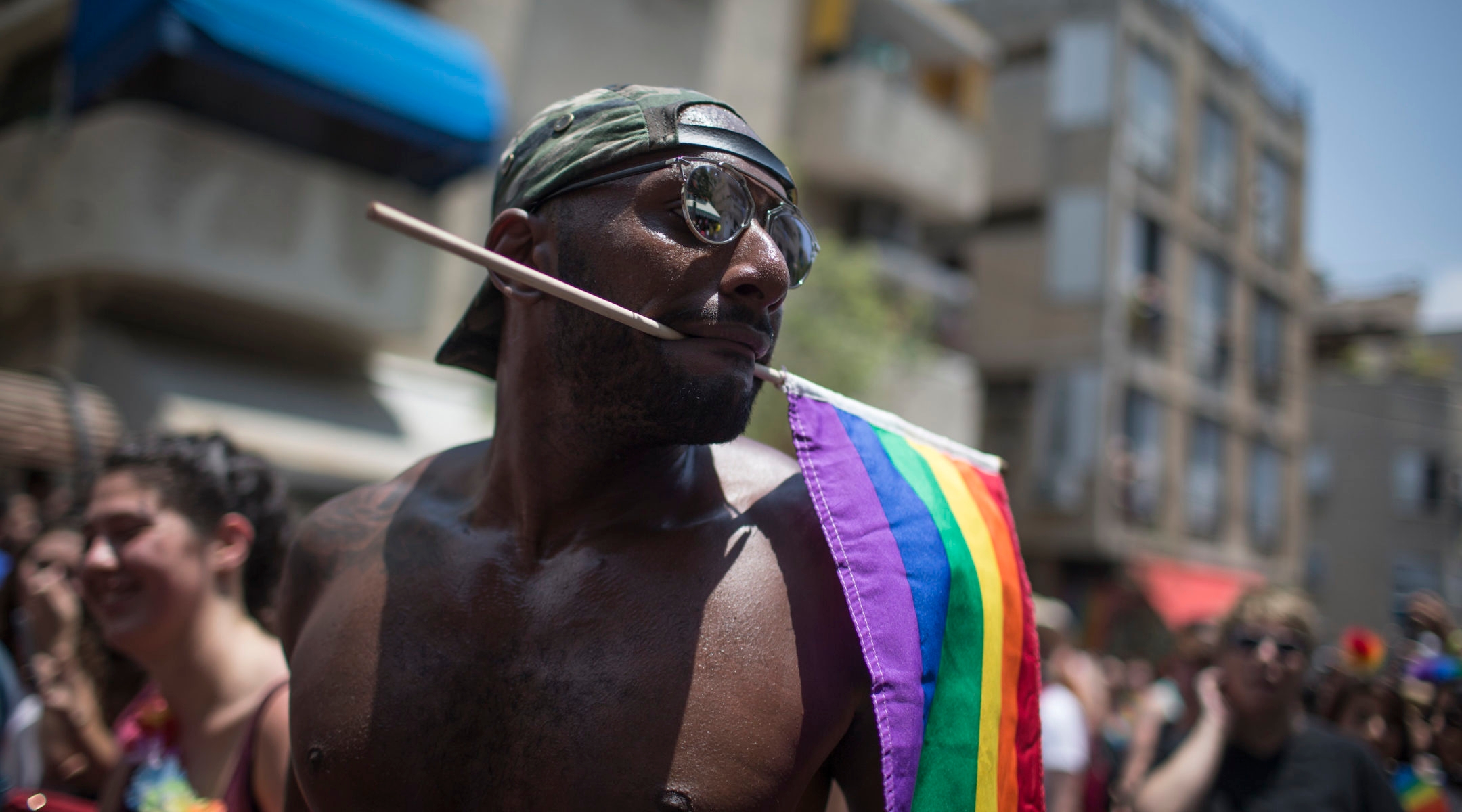 Most Israelis blame the war in Gaza squarely on Hamas, though there are plenty who fault the Israeli government for not pursuing peace more aggressively.

In the haredi Orthodox community, however, where practically everything is ascribed to the omnipresent hand of God in one form or another, the true cause of Israel’s troubles is seen as something else: sin, with the troubles Israel’s punishment.

Which sin? Take your pick.

Is a gay pride parade in Tel Aviv to blame for the kidnapping and murder of three Israeli teens in the West Bank? One haredi rabbi thinks so. (Hadas Parush/FLASH90)

Rabbi Amnon Yitzhak, a Sephardic rabbinic leader, blamed the kidnapping and murder of the three Israeli teenagers last month on the gay pride parade that took place the day after they were abducted.

“God brought Hamas because ‘the world has filled with hamas’ now,” he said in a speech last week, according to the haredi blog Vos Iz Neias. The Hebrew word “hamas” means evil or corruption.

Rabbi Aron Teitelbaum, one of the Satmar rebbes and a vocal anti-Zionist, blamed the kidnapped boys’ parents and the “desire for Jews to inhabit the entire State of Israel.”

It “is incumbent upon us to say that these parents are guilty,” he said, addressing his yeshiva in Kiryas Joel, a Satmar community approximately 50 miles north of New York City. The recording aired on Kol Satmar, the sect’s phone-in news service, and was reproduced by Vos Iz Neias. “They caused the deaths of their sons and they must do t’shuva [repent] for their actions,” Teitelbaum said in Yiddish.

[UPDATE: On Wednesday, Rabbi Shalom Cohen of the Sephardic Orthodox Shas party said Israel doesn’t need an army because “It is God almighty who fights for Israel.”]

While many haredim avoid guessing at the Divine reasons for catastrophe in Israel (at least publicly), there is universal consensus that prayer and the performance of mitzvot (fulfilling the Torah’s commandments) constitute the best ways to ward off further disasters.

We must remember that… it is therefore to Hashem that we must focus our entreaties with special intensity at this critical time.

Our prayers should include entreaties for the wellbeing of our fellow Jews under attack, as well as for those who are risking their lives to defend them and defeat those who wish us harm.