Peres on Gaza: Time to turn to diplomacy 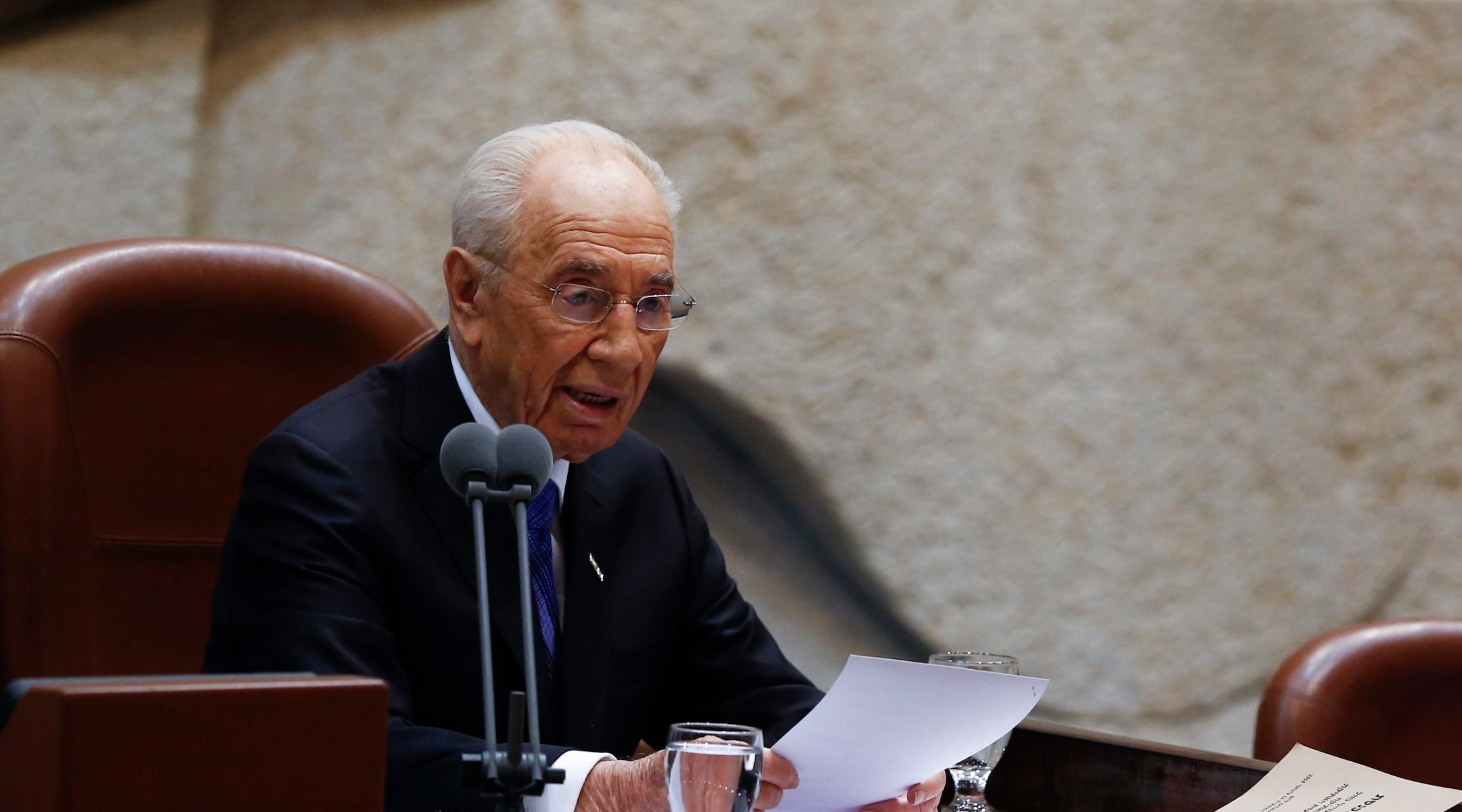 Shimon Peres speaking at the swearing in ceremony for his successor as Israeli president, Reuven Rivlin, July 24, 2014. (Yonatan Sindel/Flash90)
Advertisement

JERUSALEM (JTA) — Former Israeli President Shimon Peres called on the Israeli government to seek a diplomatic solution to the Gaza crisis and to return Gaza to the Palestinian Authority.

The military option has played itself out, Peres said Wednesday after visiting wounded Israeli soldiers at Soroka Medical Center in Beersheba. Peres said Gaza should be returned to the authority of P.A. President Mahmoud Abbas.

“Gaza was taken from President Mahmoud Abbas” in Hamas’ 2007 coup, Peres told journalists outside the hospital. “He is the only one with international recognition and who is a legitimate leader. The right thing to do is to return Gaza to Abbas and save it.”

Peres asserted that Abbas “can save Gaza, with the help of Egypt and the Arab world.” He said the “entire world needs to rehabilitate Gaza.”

Peres called the current conflict in Gaza “a war of the army against terrorism, but also a war of every soldier against a person who doesn’t respect human life, who is ready to murder. A war of brave people against people who have no restraints. Wicked people who don’t have pity even on themselves.”