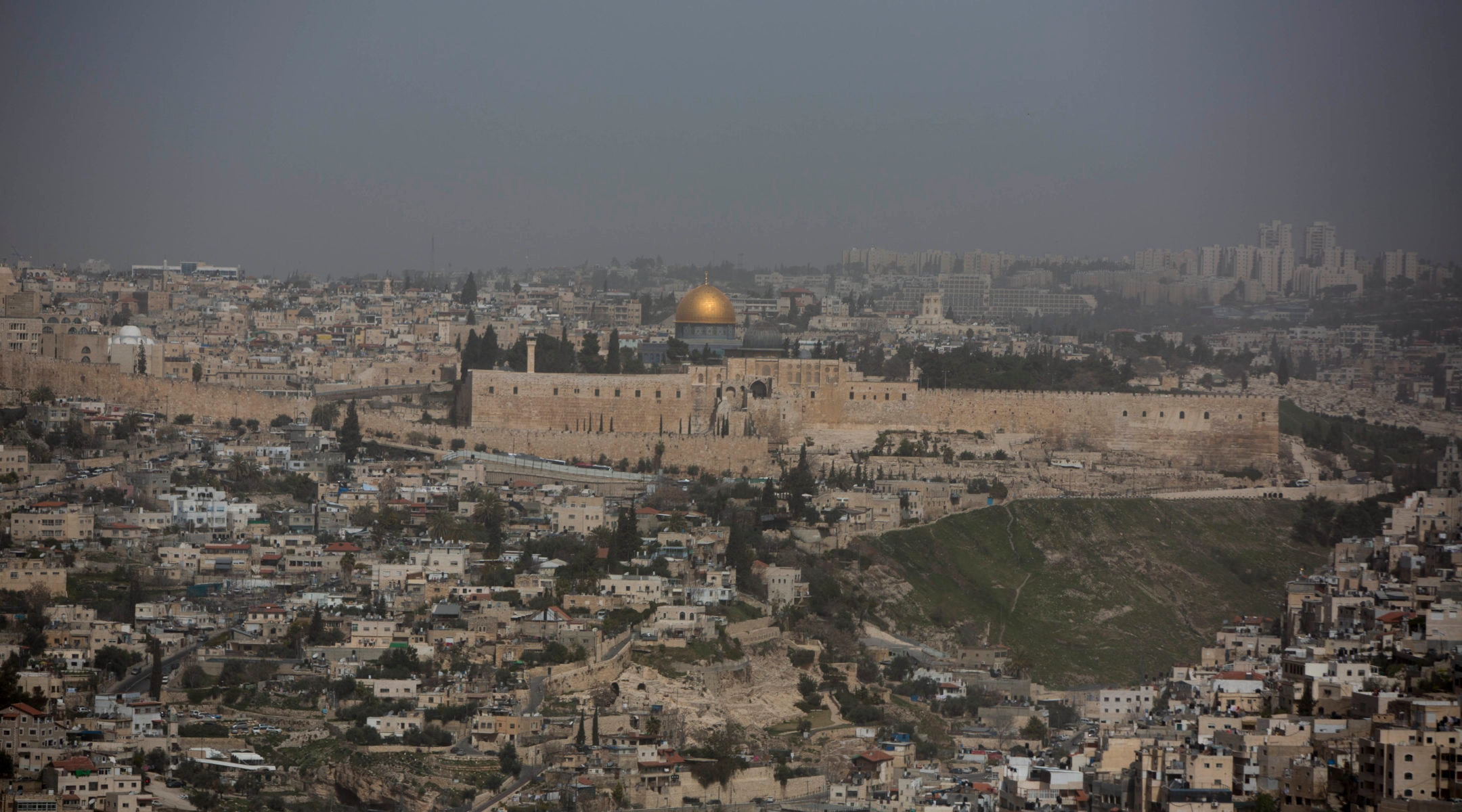 In the language of the Passover Haggadah, the land of Israel and Jerusalem, seen here, represent the final stage of redemption. (Yonatan Sindel/Flash 90)
Advertisement

WASHINGTON (JTA) — A number of Jewish groups have filed friend of the court briefs in a Supreme Court case considering whether Americans born in Jerusalem may list “Israel” as their birthplace on their passports.

Among the groups filing in recent days on behalf of Menachem Zivotofsky in his lawsuit against the U.S. State Department are the Anti-Defamation League, the American Jewish Committee, the Zionist Organization of America and the Louis D. Brandeis Center, a rights advocacy group.

The court in April said it would hear the appeal of a lower court decision that struck down a law passed by Congress in 2002 that would have allowed such a listing.

The case was brought on behalf of Zivotofsky, who was born in Jerusalem in 2002 shortly after the law was passed.

The State Department currently allows passports to name Jerusalem as a place of birth, but with no country listed.

“The central issue is whether Congress or the President has a role to play in recognition of foreign governments and who has the constitutional prerogative to determine rules on issuing passports,” AJC’s general counsel, Marc Stern, said in a statement.

“The historical record is crystal clear that Congress has an important role to play in determining America’s decision on recognition of foreign governments and in setting passport policy,” he said.

An array of leading legal scholars signed onto the Brandeis Center brief, including Abraham Sofaer of Stanford Law School; Eugene Kontorovich of Northwestern University School of Law; Erwin Chemerinsky, the dean of UC-Irvine School of Law; and John Eastman, the former dean of the law school at Chapman University.

President Obama and before him President George W. Bush had ignored the law, saying that applying it would compromise its peacemaking efforts in the Middle East. The Palestinians also claim Jerusalem as the capital of a future state. The U.S. embassy is located in Tel Aviv.

Some 50,000 American citizens have been born in Jerusalem.

The court is scheduled to hear the case in October and likely will announce a decision by June 2015.