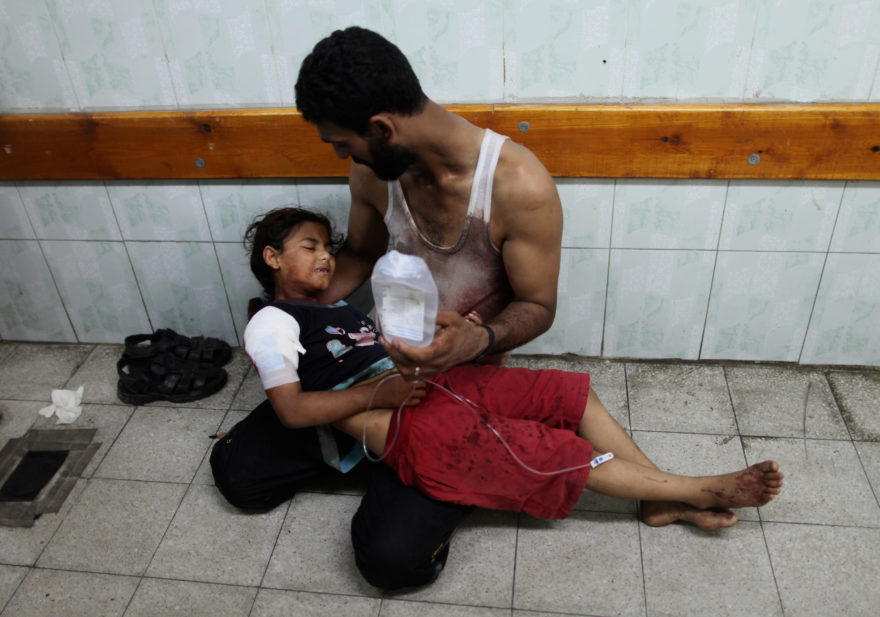 WASHINGTON (JTA) — The White House condemned the shelling of a United Nations shelter for displaced Gazans that killed at least 15 Palestinians, but avoided ascribing blame for the killing.

“The United States condemns the shelling of a UNRWA school in Gaza, which reportedly killed and injured innocent Palestinians – including children – and U.N. humanitarian workers,” National Security Council spokeswoman Bernadette Meehan said in a statement emailed Wednesday to JTA.

Israeli army spokesmen have said that troops shelled the area after being shelled from there.

Initial reports from the United Nations Relief and Works Agency (UNRWA), the U.N. agency administering assistance to the Palestinians, say that Israeli shelling was responsible for the hit on the school, and the agency blamed Israel for the attack.

There have been multiple cases during the latest Hamas-Israel conflict in Gaza of U.N. officials uncovering rockets and weapons in UNRWA schools. The agency has condemned the practice and pleaded with Hamas to keep its fighters and weapons clear of civilians.

Meehan in her statement noted that in recent days Israel has called on Gazans to evacuate their homes, but that civilians have nonetheless been casualties.

“We are extremely concerned that thousands of internally displaced Palestinians who have been called on by the Israeli military to evacuate their homes are not safe in U.N.-designated shelters in Gaza,” Meehan said.

“We also condemn those responsible for hiding weapons in United Nations facilities in Gaza,” she said. “All of these actions, and similar ones earlier in the conflict, are inconsistent with the U.N.’s neutrality. This violence underscores the need to achieve a cease-fire as soon as possible.”

The Palestinian death toll in Israel’s 23-day operation in Gaza stands at more than 1,280 according to Gaza’s health ministry.