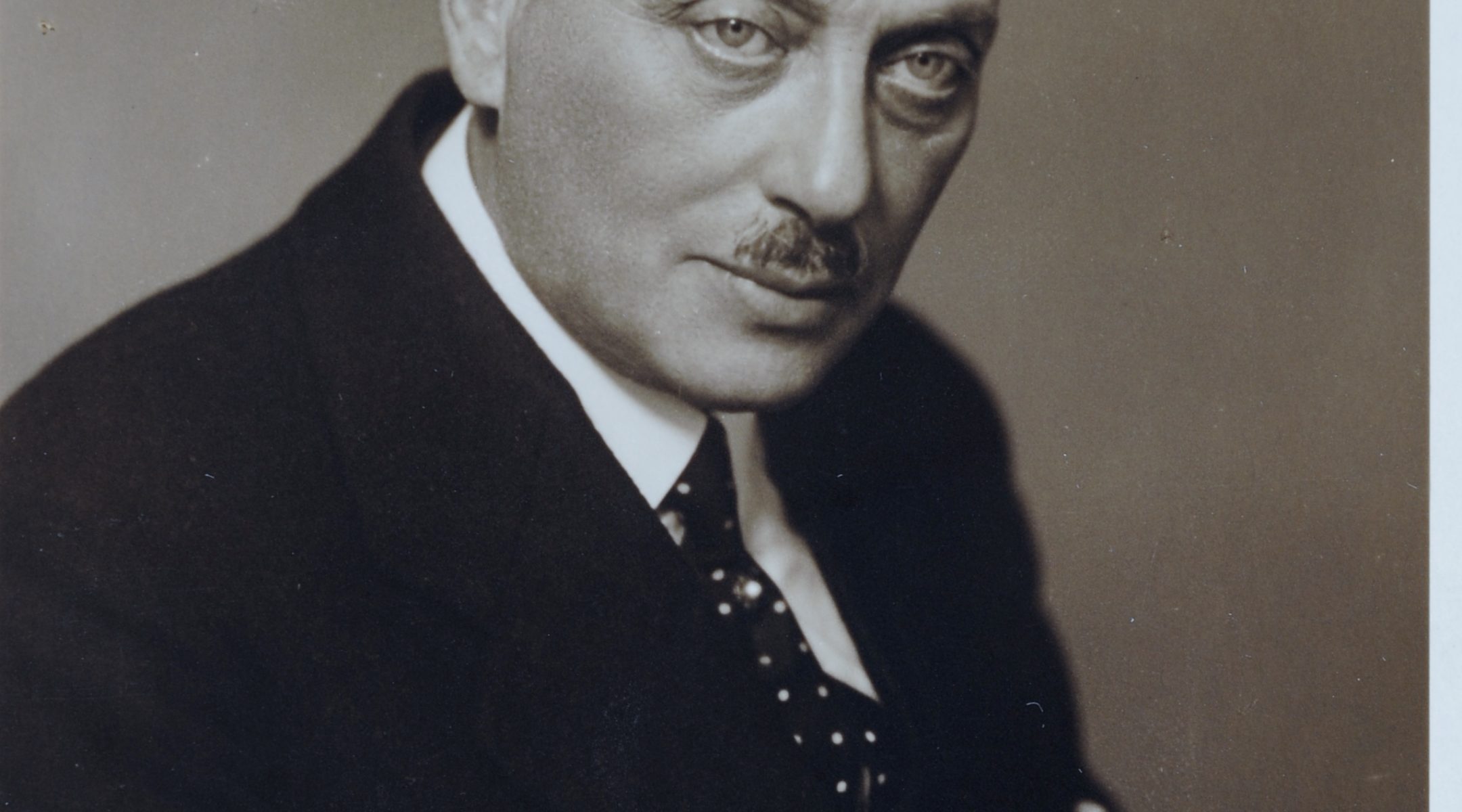 The drawings of Alfred Grotte brought together his descendants and those of his artistic subjects. (Courtesy Marcel Calef)
Advertisement

BALTIMORE (JTA) – While researching his mother’s family, Daniel Camhi landed on a Facebook page for Yad Vashem. The page featured four colorful postcards — three of them depicted a boy lighting Hanukkah candles in 1937, 1939 and 1940.

The artist was Alfred Grotte, Camhi’s great-grandfather. It surprised Camhi; he’d never known Grotte’s creativity to have extended beyond his work as an architect in Breslau, Germany.

Camhi’s discovery last December would lead to a mid-July meeting between his cousin, Marcel Calef, who was visiting Israel, and the boy depicted in the drawings — Moshe Posener, now 78 and living in Herzliya. 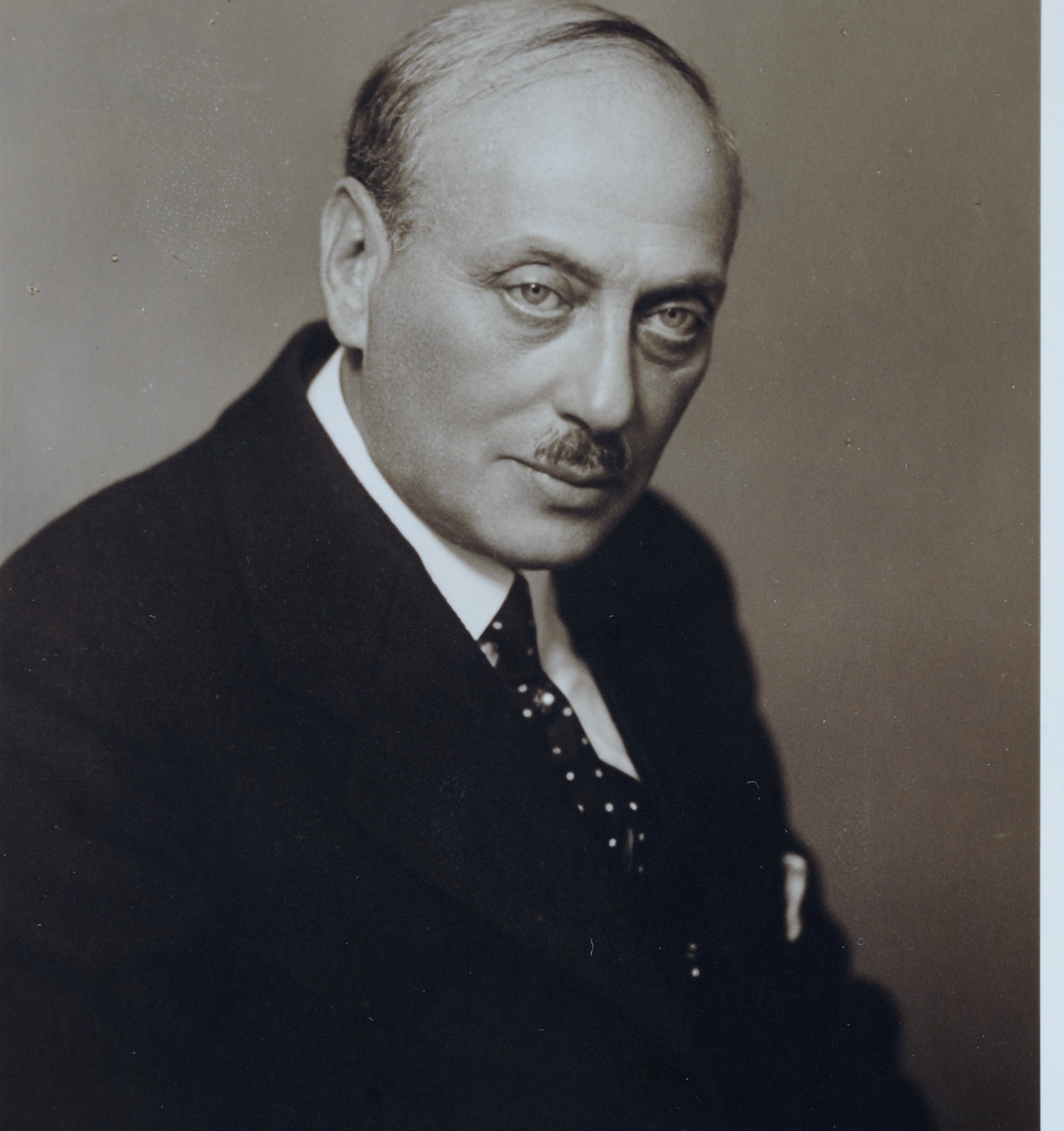 The drawings of Alfred Grotte brought together his descendants and those of his artistic subjects. (Courtesy Marcel Calef)

Grotte and his wife, Klara, were friends of Posener’s grandparents, Hugo and Gretel Lewin. The Lewins’ daughter, Ellen, and her husband, Franz – Posener’s parents – had moved from Breslau to Mauren, Liechtenstein, in 1936, and while the Lewins visited that October, they would never see Moshe, who was born the next month and named Ernst.

Perhaps prompted by their yearning for the boy, the Lewins asked or hired Grotte to draw postcards, many depicting their grandson in imagined scenarios, which they mailed to their loved ones in Liechtenstein. All were dated and contained written messages.

In one of the Hanukkah-themed postcards, Gretel is holding Moshe as a hand extends from the right side to light a candle. In another, Moshe stands on a stool beside Hugo, who has just lit the third night’s candle and replaced the shamash. Grotte wrote below the image: “Grandpa’s Dream.”

Another postcard shows a birthday celebration of a man named Jacques, apparently someone in the Lewins’ and Grottes’ circle of friends. One depicts a pregnant Ellen standing beside a baby carriage; the daughter she gave birth to is Moshe Posener’s sister, Lilly Tchinio, now a 73-year-old widow who lives on the first floor of Posener’s two-family house.

The drawings displayed by Yad Vashem, the preeminent Holocaust institution in Israel, were among the 30 or so of Grotte’s custom-made postcards contained in two albums that Posener and his sister donated to the museum in November.

As a child, recalled Posener, a bachelor retired from a career in civil aviation, the albums never interested him. Even as an adult he’d open the albums just a few times a year.

He acceded to his sister’s entreaty that they donate the albums, but didn’t think Yad Vashem would deem them worthy of acceptance because the drawings are “so individual, so family-centered” and, he figured, lacking in wider relevancy.

On the contrary, said Eliad Moreh Rosenberg, the curator and director of the museum division’s art department.

“You see an entire world, which makes it a treasure: of a period, a friendship, a concern, a yearning, a love, a strong family connection,” Rosenberg said of the items. “It’s a rare testimony to this family’s life.”

The pastel, crayon-drawn postcards tell “a family story that’s extraordinary: a story of a family and of friendship, of one family that fled … and one that remained,” she said. “Grotte was applying his talents to art, so his friends could write to their own child and grandchildren.”

Perhaps Grotte’s last drawing for the Lewins shows them with their baggage on the verge of deportation from Germany. With that the mailed postcards, and the lives they portrayed, ended.

Grotte was sent to the Grussau transit camp in 1942 and from there to Theresienstadt, where he was killed on June 17, 1943. Klara was murdered in Auschwitz. The Lewins were deported in 1942 to Izbica, Poland, where they, too, were killed.

Ellen, Moshe and Lilly Posener moved from Liechtenstein to Israel in 1961, three years after Franz’s death. The Grottes’ son, Horst, fled Germany in 1939 and settled in Bolivia and later Colombia, where he died in 1995 but where much of his family still lives. Camhi and Calef, first cousins, moved to southern Florida in the 1990s.

In the months after he and Camhi came upon their great-grandfather’s drawings, Calef planned to meet with Posener and Yad Vashem officials at the Jerusalem museum so he could view all the postcards. Yad Vashem later gave them all a CD-ROM of the albums’ contents.

“That was special – to meet somebody who had a relationship with my great-grandfather,” Calef, 44, said of Posener. “Here was someone who, as a kid, received those postcards.

“I’m already the third generation [born] after the Holocaust, but we’re still at the point where we can learn what would’ve been if the Holocaust didn’t happen. My mother would have been friends with Moshe, and we would’ve been living in the same town,” he said.

But even seven decades after the two families’ bond was severed, the postcards, he said, “can serve to reconnect friendships.”