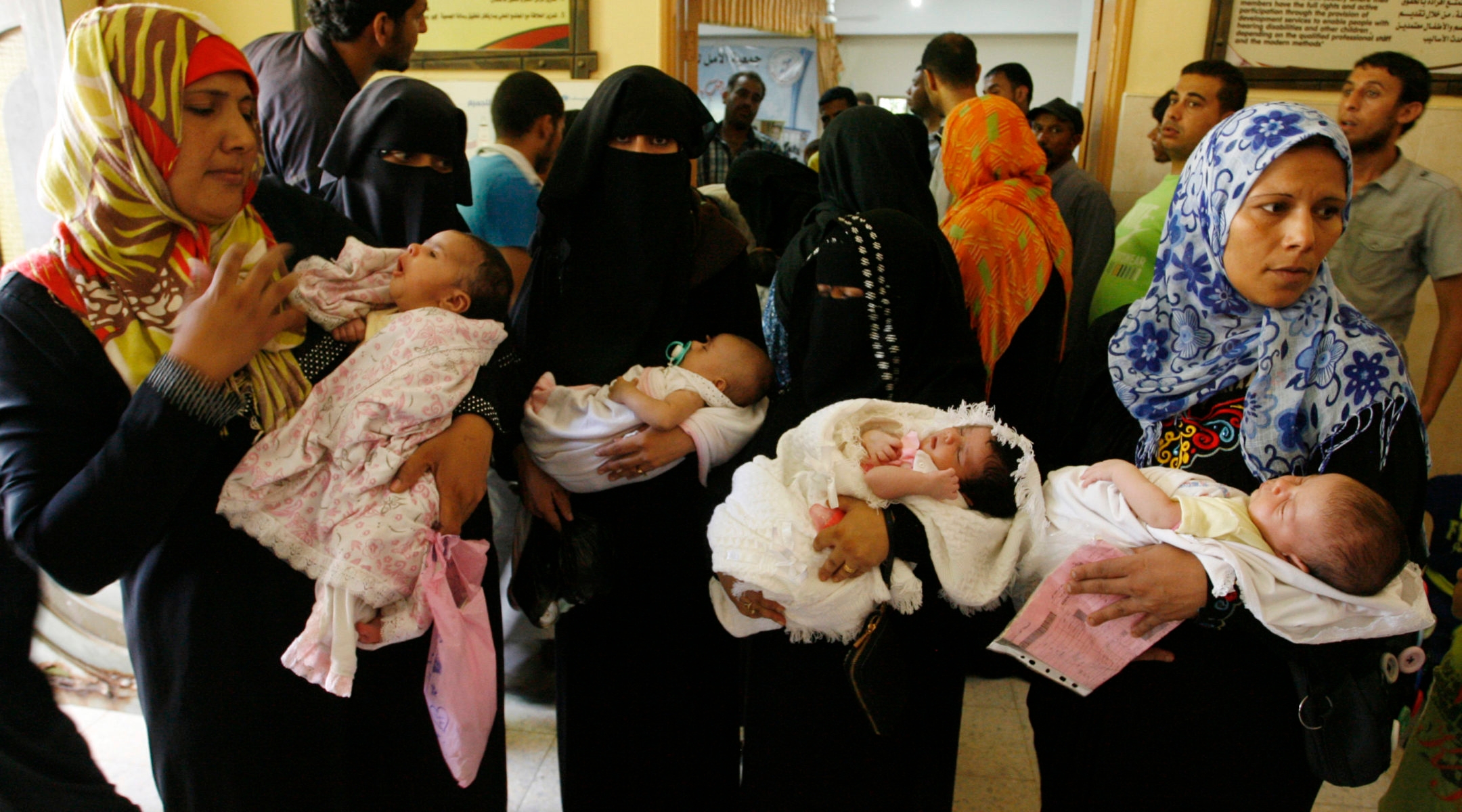 Palestinian women hold their babies, who had been born in shelters during the Israeli offensive, during a ceremony to honor the mothers in an UNRWA center in Rafah refugee camp, in southern Gaza Strip, Aug. 13, 2014. Palestinian medical sources estimate that about 5,000 new babies were born during the Israeli military operation that began on July 8. (Abed Rahim Khatib/Flash90)
Advertisement

(JTA) — Indirect negotiations between Israel and Hamas are moving forward as both sides adhere to a renewed cease-fire.

A Palestinian negotiator in Cairo reported agreement “on many points” Thursday, according to the French news agency AFP.

Rockets were fired from Gaza as a previous three-day truce expired at midnight Wednesday, and Israel responded with airstrikes over the coastal strip. But despite exchanging fire, the sides agreed to extend the truce for five days to continue negotiations in the Egyptian capital over an end to this round of conflict, which began July 8.

Hamas is demanding an end to the Israeli blockade of Gaza, an opening of border crossings with Israel and Egypt, and the construction of a seaport and airport. Israel is demanding that Hamas cease rocket fire and disarm. Egyptian mediators have proposed that Palestinian Authority forces man the border crossings.