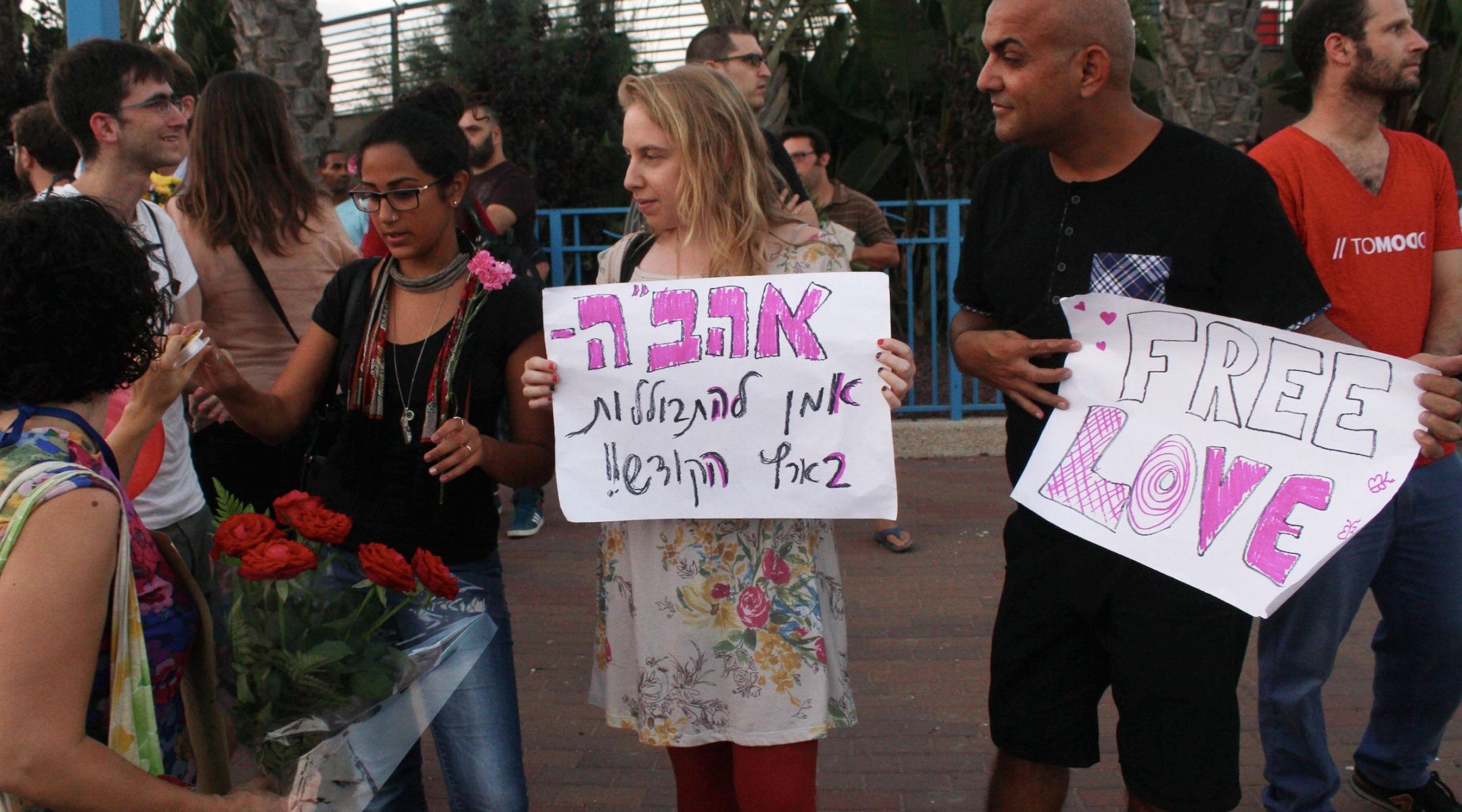 Protesters hold signs in support of the wedding of Muslim groom Mahmoud Mansour, 26, and Jewish-born bride Morel Malka, 23, outside a wedding hall in Rishon Lezion on Aug. 17, 2014. Israeli police blocked more than 200 far-right Israeli protesters from rushing guests at the wedding of a Jewish woman, who had converted to Islam, and a Muslim man as they shouted "death to the Arabs." (Flash 90)
Advertisement

TEL AVIV (JTA) — Three-quarters of Israeli Jews and nearly two-thirds of Israeli Arabs would not marry someone from a different religion, according to a poll.

Conducted by Haaretz and the Dialog company on Tuesday and Wednesday, the poll found that opposition to interfaith relationships was highest among haredi Orthodox Jews, at 95 percent. But 88 percent of traditional and religious Jews, as well as 64 percent of secular Jews, also opposed interdating.

Seventy-one percent of Muslim Israeli Arabs opposed interfaith relationships, but only half of Christian Israeli-Arabs were opposed.

Opposition to intermarriage was lowest among immigrants from the former Soviet Union. More than half would avoid having a relationship with a non-Jew, but if they were to fall in love with a non-Jew, only 35 percent would insist their spouse convert.

The poll questioned 505 respondents and had a 4.4 percent margin of error.

Last week, a small far-right group protested in Rishon Lezion outside the wedding of an Israeli Arab and a Jewish-born Israeli who converted to Islam.