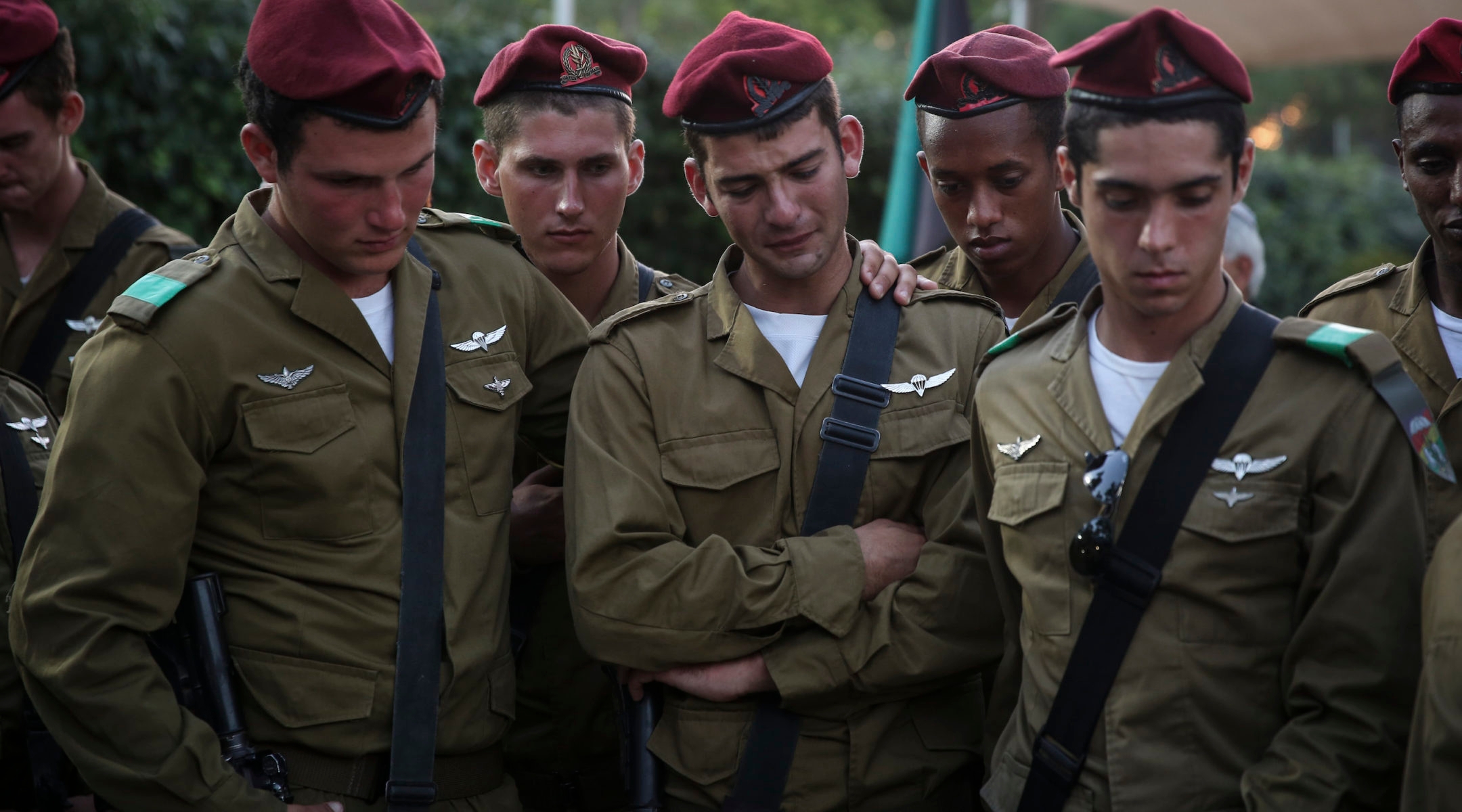 TEL AVIV (JTA) — A rocket barrage fell on Israel, a boom sounded over Tel Aviv and then it was over — at least for now.

The cease-fire announced by Egypt stipulates that Israel and Egypt will open all border crossings to allow international humanitarian aid and construction materials to enter the Gaza Strip.

The agreement requires Israel and Hamas to cease hostilities but, according to reports, does not include commitments to allow an international airport and seaport in Gaza. After a month, should the quiet hold, Israel and Hamas will restart indirect negotiations in Cairo on easing Israel’s blockade of the coastal strip and disarming the enclave. 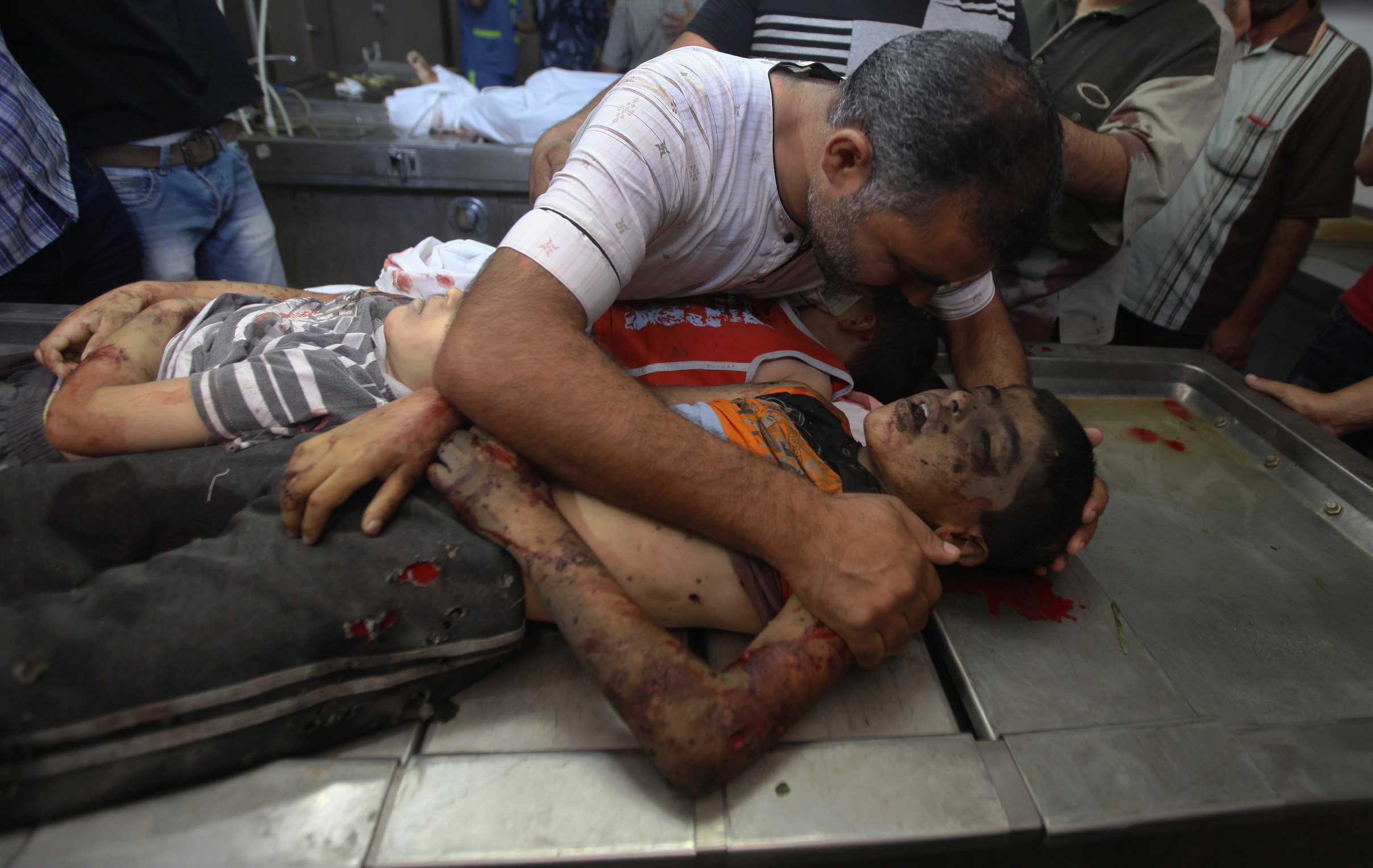 Relatives of three Palestinian boys killed by an Israeli airstrike visiting their bodies at the morgue of al-Shifa hospital in Gaza City, Aug. 21, 2014. (Emad Nassar/Flash90)

The end of the operation should not include “any significant political achievements for Hamas, which is a terrorist organization which doesn’t accept our existence here,” said Tzipi Livni, Israel’s justice minister.

‪Livni added that the truce should be “part of an overall accord with those who seek peace.”

Prime Minister Benjamin Netanyahu of Israel had not spoken publicly or released a statement about the cease-fire as of press time. Two days prior, though, during a Cabinet meeting, he said: “We embarked on Operation Protective Edge in order to restore quiet and security to you and to all Israeli citizens. The more determined and patient we are, the more our enemies will understand that they will not succeed in wearing us down.”

The agreement is the culmination of Egyptian-led cease-fire efforts that have been ongoing throughout the conflict. Earlier this month, Israel and Hamas had agreed to a string of temporary cease-fires. The lull ended with Hamas rocket fire on Israel last week.

The fighting is Israel’s third major conflict with Hamas since 2008, following conflicts in 2008–09 and 2012. This one, however, was the longest and costliest between the sides since Israel withdrew from Gaza in 2005.

The fighting created ghost towns across Israel’s South and devastated Gaza, destroying thousands of homes. Israeli forces delivered a punishing blow to Hamas during the conflict, with airstrikes destroying thousands of rockets and ground troops eliminating much of its tunnel infrastructure both under the Israel-Gaza border and across Gaza.

Israel’s aggressive military tactics, along with a high Palestinian civilian death toll, drew widespread international criticism. Last month, the United Nations Human Rights Council said it would send a fact-finding mission to investigate possible war crimes committed during the fighting. Israel has indicated that it likely would not cooperate with the investigation, alleging anti-Israel bias. 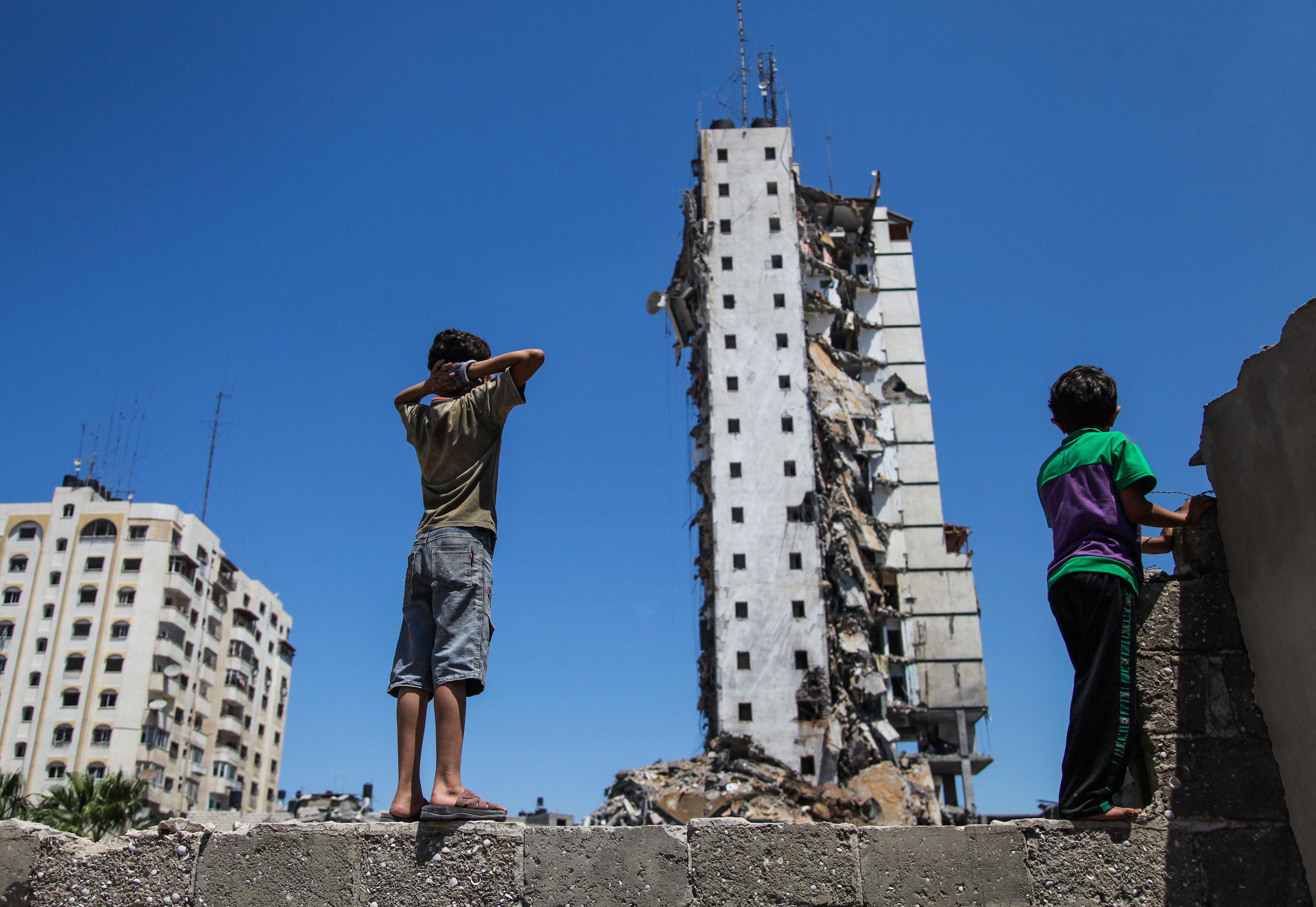 Even the United States, an Israel ally, issued harsh criticism following an Israeli airstrike that hit a United Nations school on Aug. 3, and tightened its controls on weapons shipments to Israel. American assistance to Israel continued during the conflict, though, as the U.S. approved an added $225 million for Israel’s Iron Dome missile defense system.

“We view this as an opportunity, not a certainty,” Psaki said, according to reports. “Today’s agreement comes after many hours and days of negotiations and discussions. But certainly there’s a long road ahead. And we’re aware of that and we’re going into this eyes wide open.”

Hamas saw many of its attempted attacks on Israel frustrated. Iron Dome intercepted nearly all of the rockets Hamas aimed at city centers, and the Israel Defense Forces stopped Hamas’ infiltrations into Israel close to the border.

Nevertheless, Hamas killed 64 Israeli soldiers in Israel’s ground invasion of Gaza — the highest death toll for Israel since the Second Lebanon War in 2006 — in addition to six civilians.

Despite being ineffective, Hamas rockets proved to have an increasingly long range — mortar fire reached nearly all of Israel for the first time. While residents of Tel Aviv and Jerusalem were able to largely carry on with life under the protection of Iron Dome, they found themselves running for shelter daily at the sound of warning sirens, an experience that had previously been largely confined to southern Israel.

And Hamas rocket fire last month on central Israel led a number of international airlines to cancel flights to and from Israel for two days, leaving Israelis feeling isolated. The U.S. Federal Aviation Administration instituted a 24-hour ban on flights to Israel, which some criticized as unwarranted. Hamas celebrated the cancellations in a statement Tuesday as an “air blockade.”

The conflict began on July 8 following a barrage of Hamas rockets on Israel. Tensions between the sides had risen after Hamas operatives in the West Bank kidnapped and murdered three Israeli teens on June 12. Israeli troops swept the West Bank in the ensuing weeks, arresting hundreds of Hamas members, according to Israel. The July 2 kidnapping and murder of a Palestinian teen, who was burned alive by a group of Israeli extremists in a likely revenge attack, further stoked the flames.

Israel began its campaign with airstrikes across Gaza, targeting Hamas weapons and infrastructure but also killing hundreds of civilians. But following Hamas attempts to infiltrate Israel by tunnel and sea, Israel launched a ground invasion of Gaza on July 17 that lasted two weeks.

The ground operation ended as Israel and Hamas agreed to the first in a string of temporary cease-fires. During the calm, the sides engaged in Egyptian-mediated negotiations begun early in the conflict on a long-term truce. But the talks ended Aug. 19 without an agreement as Hamas resumed rocket fire.

As in previous conflicts, a vast majority of Israelis supported the operation, with 95 percent of Israeli Jews in favor, according to the Israel Democracy Institute. But the conflict also opened divisions within Israel’s governing coalition, as more hawkish ministers called for the IDF to deal a harsher blow to Hamas and opposed the various cease-fires. Residents of the South, who have withstood rocket fire for more than a decade, also have called for a continued operation.

“Any concession to Hamas is a surrender to terrorism,” Ashkelon Mayor Itamar Shimoni said Tuesday, according to Haaretz. “The residents of the South wanted to see this campaign resolved, but that will probably not happen.”