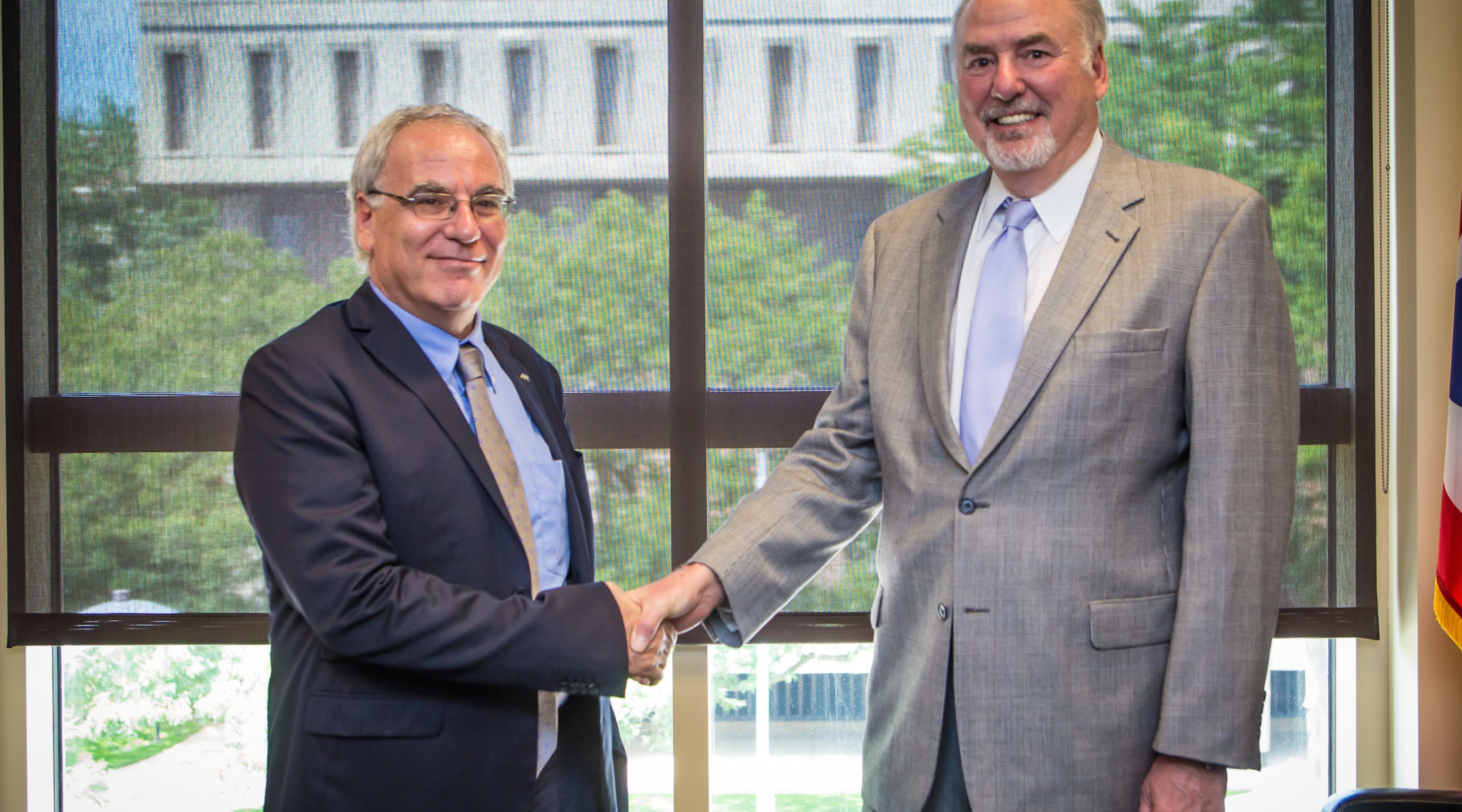 (JTA) — Cleveland State University and the University of Haifa signed an agreement to develop joint programming.

David Faraggi, rector of Israel’s University of Haifa, signed the memorandum of understanding to formalize their collaborative relationship with CSU President Ronald Berkman on Wednesday in Cleveland.

Faraggi was in Cleveland for a two-day visit to meet with college deans and community leaders.

During a trip to Israel with a group of students in CSU’s executive MBA program in April, Berkman met with the leaders of several of the universities in Israel, the Cleveland Jewish News reported. The University of Haifa was found to be the most similar to Cleveland State.

Although Cleveland State has numerous international agreements, this is the first time the university has entered into an agreement with a school in Israel, according to the Cleveland Jewish News.

“CSU and the University of Haifa share many similarities as urban universities with diverse students and a commitment to providing a global experience,” Berkman said in a statement. “Cleveland also includes a large and engaged Jewish community. Our students and faculty will gain access to a university deeply rooted in Israel’s innovation-driven economy, and we offer access to exceptional resources in business, urban affairs, natural sciences, health care and biotechnology.”