For her mother’s rescuer, a Baltimorean bids to Yad Vashem 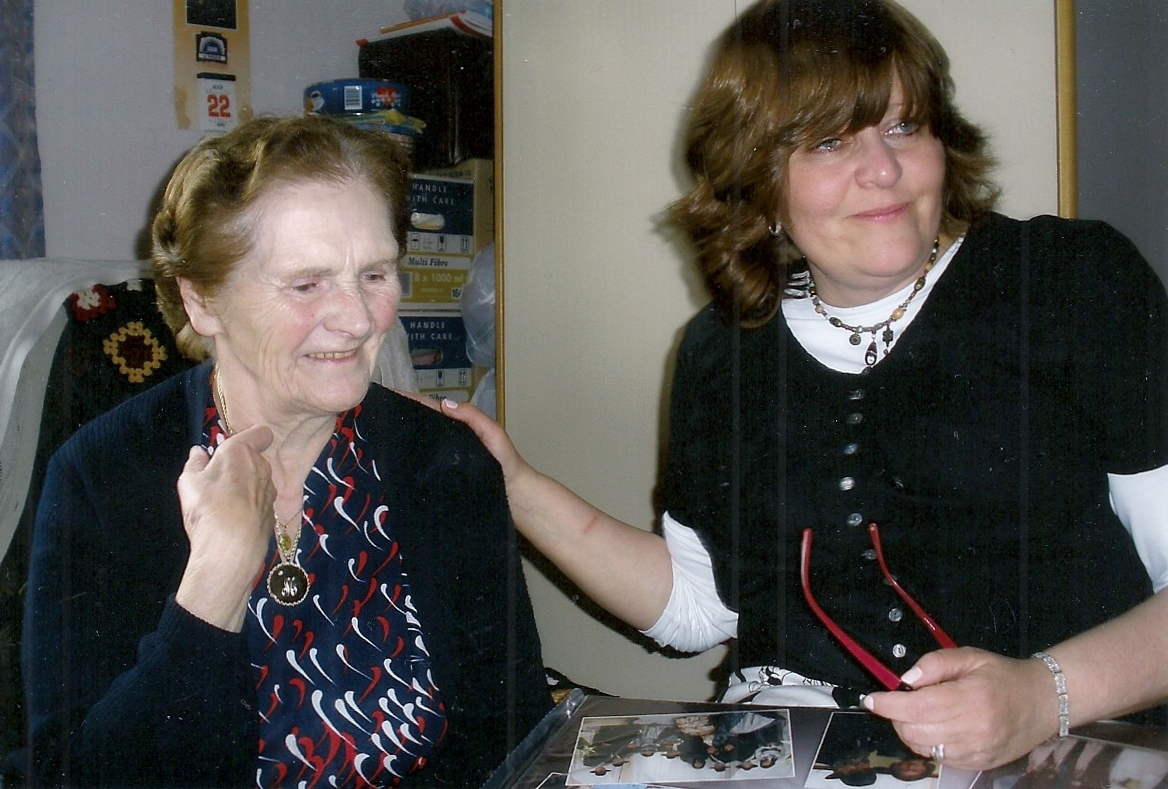 Tanya Klein, right, meeting one of her mother’s rescuers, Marguerite Larose, on a 2010 visit to Belgium. (Courtesy Tanya Klein)

BALTIMORE (JTA) – Tanya Klein grew up knowing that her mother, Tova Silverstein (nee Lowenbraun), had survived the Holocaust in hiding in her native Belgium. Mom, however, shared few details – only her rescuer’s surname, Larose, and the name of the village, Villers-Poterie.

But at a family wedding in 2009, Klein’s chat with a cousin launched a quest to find and meet one of her mother’s rescuers. And last week the Baltimore woman took another significant step: applying to Yad Vashem, Israel’s Holocaust commemoration institution, to bestow its Righteous Among the Nations award upon Angel Larose and her daughter, Marguerite.

Tova, 76, can help the effort by providing firsthand testimony. She lives in Ramat Eshkol, a Jerusalem neighborhood not far from Yad Vashem.

From about age 4 to 7, Tova and her older sister, Manya, were hidden in several places, beginning with a monastery in Gilly. Their parents, Zvi and Esther, who had emigrated from Poland in 1930, were hidden by the Belgian underground in 14 homes throughout the war. Esther sometimes visited, in part to preserve her daughters’ Jewish consciousness. 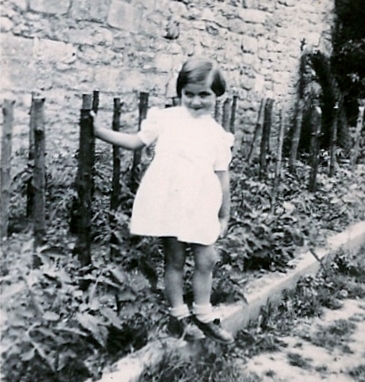 Manya later was hidden on a farm near Biesme, less than 10 miles from Gilly. Silverstein was moved to that town, where she stayed with Anna Visintini and her husband, a childless couple. Their next-door neighbor, Marguerite Larose, recommended transferring Tova to the nearby home of her mother, figuring that the little girl would benefit from the open surroundings.

Tova would remain there for the rest of the war. Zvi and Esther retrieved her, even posing for a photograph on the farm’s field moments before reuniting with Tova. The Lowenbrauns would settle in Milwaukee and then New York. Manya left for Israel and lived on Kibbutz Ein Hanatziv until her death a decade ago.

Many Jews were hidden during the Holocaust in western Belgium’s Hainaut region, where the Laroses lived, according to Dan Michman, the head of Yad Vashem’s International Institute for Holocaust Research.

“There were a few networks of rescuers of Jews” in that area with the German military’s presence relatively light, Michman said.

Of Belgium’s nearly 70,000 Jews, 25,000 were killed in the Holocaust, usually after being deported to Auschwitz from Mechelin, near Antwerp, he said. But rather than being rounded up as in other countries, most deportees were apprehended at the border or turned in by non-Jews.

“There was always a danger,” he said. “Denunciations played an important role.”

But Michman said the Catholic Church as an institution – about 95 percent of Belgians of that era were Catholic – exerted a powerful influence in encouraging people to hide Jews in seminaries, monasteries and homes, as well as in deterring the turning in of Jews.

“When the priest of a church urged people to save Jews, then even people who didn’t save kids or maybe were pro-German wouldn’t say anything because the town or the priest would come out against them,” Michman said. “There was this social threat.”

For many years after the war, Esther, who died in Israel in 1968, sent letters and money to the Laroses. Tova didn’t maintain the connection, but following the ’09 wedding, Klein took matters into her own hands.

“I wanted to say thank you to the woman who rescued my mother,” Klein told JTA in an interview at her home in this city’s Pikesville neighborhood, photographs of her ancestors and of Marguerite Larose blanketing her kitchen table.

With the help of Louis-Philippe Arnhem, an official in Belgium’s Department of Home Affairs, Klein found Andre Larose, Marguerite’s nephew. Marguerite remembered the little Jewish girl her mother sheltered, the child she would take around in her bicycle’s basket.

Four years ago, Klein visited Villers-Poterie accompanied by Arnhem and Danny Gottlob, a second cousin she discovered in Brussels. They went to the grave of Tova’s infant brother, then to Visintini’s grave. Afterward they met Andre Larose, who took them to the nursing home where Marguerite lived. The facility’s staff served fruit pies and cakes baked for the occasion.

Klein had sold some of her jewelry to purchase a chain and a gold medallion M. Engraved on the back, in French, a Talmudic quotation read, “Whoever saves a life, it is considered as if he saved an entire world.”

In Marguerite’s room, Klein draped the chain over Marguerite’s neck. She also presented Marguerite with a poster showing group photographs of six American households: Klein’s; four of her five siblings; and their parents, Tova and Shraga. In all, 45 people appear. Across the middle of the poster appears the same phrase as on the medallion.

As Marguerite, a widow, gazed at the poster, “she told me she never had children,” Klein recalled. “I said, ‘Yes, you did. These are all your children.’ ”

Last year, Andre Larose wrote to inform Klein that his aunt had died at age 92.

“I felt good I was able to catch her in her lifetime and give her joy, knowing that she did something unbelievable,” Klein said, adding that their meeting “was very touching and moving.”

Arnhem said he feels similar emotions. Since 2004, he has regularly handled requests for family information from people around the world. Many, like Klein’s, come from Jews inquiring about loved ones hidden during the Holocaust.

Some of those rescued were told by their adopted parents that they had been abandoned. Arnhem’s research proved otherwise.

“You see that you can almost rebuild a life for a few old people,” said Arnhem, who is not Jewish. “It was a mitzvah for me.”

Of the Klein-Larose meeting, he said, “I felt a privileged witness.” Arnhem calls Klein his “Yiddishe mama.”

If Klein’s effort succeeds, she hopes that he and the Larose clan can join her for the ceremony at Yad Vashem.

Karl Nurnberger, the subject of a 2012 “Seeking Kin” article, was posthumously honored with the Righteous Among the Nations designation. On Aug. 21, Yad Vashem presented the award to Nurnberger’s adopted son, Peter, who was sheltered during the Holocaust by Nurnberger and his wife, Paula, and raised at their home in Kezmarok, Slovakia. Diplomats from the Slovak and German embassies attended the ceremony in Jerusalem along with Nurnberger’s extended family.