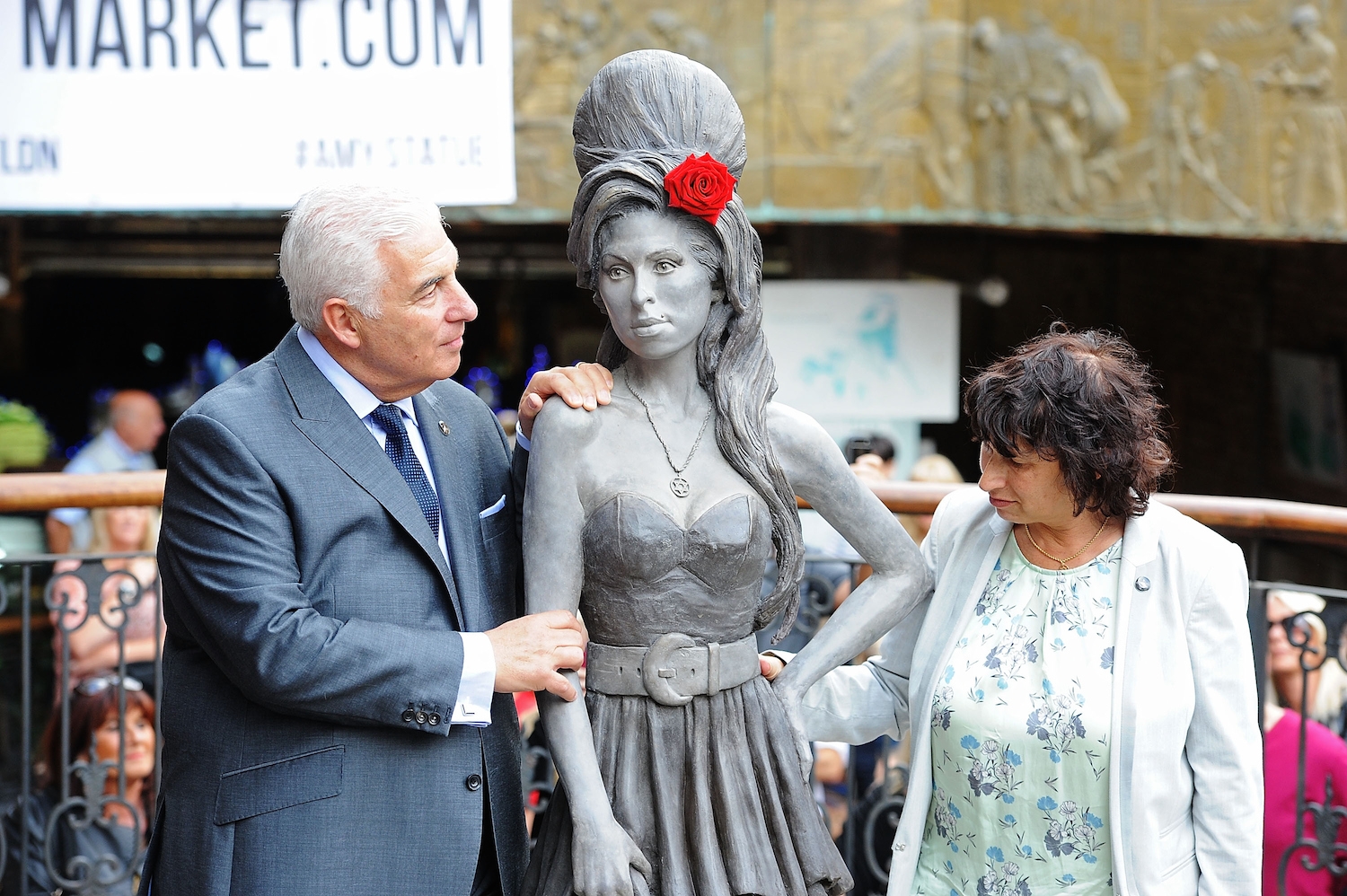 Mitch Winehouse and Janis Winehouse pose as a statue of the late Amy Winehouse is unveiled in Camden Town on Sept. 14, 2014 in London. (Dave Hogan/Getty Images)
Advertisement

(JTA) — A statue of Amy Winehouse in London has the iconic blues singer wearing a Star of David.

The unveiling Sunday in the Camden Town neighborhood, where Winehouse lived, marked what would have been Winehouse’s 31st birthday and was attended by her parents.

The statue, by Scott Eaton, casts the singer, who was Jewish, mostly in gray striking a typical pose – one hand on hip, the other clutching a miniskirt – topped by a bouffant hairdo stuck with the statue’s only burst of color, a red rose.

Around her neck is a Star of David set in a circle.

“It is incredibly emotional to see Amy immortalised like this, but Scott has done an amazing job in capturing her,” her father, Mitch Winehouse, was quoted as saying by New Musical Express. “It is like stopping her in a beautiful moment in time.”

Winehouse died of alcohol poisoning in 2011 at 27.