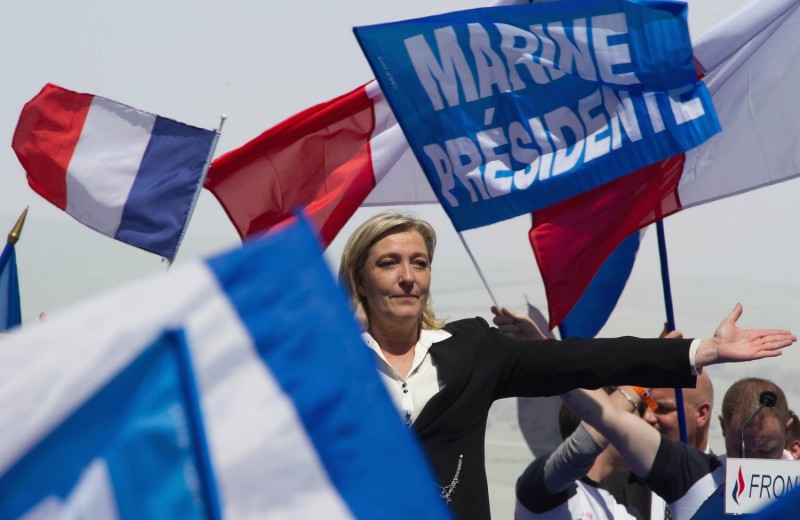 (JTA) — From the window of his Paris home, Michel Ciardi can see into the waiting room of a government welfare agency where a predominantly Arab and African crowd awaits government checks.

A former communist, Ciardi once believed the scene at the agency was a necessary element of French efforts to help integrate new immigrants. But that changed in 2000 after the second Palestinian intifada triggered a massive increase in anti-Semitic violence, much of it committed by Arab and African immigrants.

The violence was enough to shift his political allegiance to the National Front, a far-right party long demonized by French Jews as anti-Semitic and a threat to republican values.

“I never considered voting National Front,” Ciardi told JTA. “But I realized you need to defend yourself, your community, society and country against those seeking to subdue us.”

French Jewry has long viewed the National Front as an enemy, an abominable vestige of the pro-Nazi Vichy state. But under the leadership of Marine Le Pen, the photogenic daughter of party founder Jean-Marie Le Pen, a political provocateur convicted multiple times for hate speech and Holocaust denial, the party has tried to shed its image as decidedly outside the mainstream.

The younger Le Pen has aggressively courted Jewish voters by emphasizing its opposition to “the Islamization of France” and asserting that Jews have far more to fear from Arab anti-Semitism than from the racist rhetoric of some far-right activists.

Her strategy appears to be working.

A recently published survey of 1,095 self-identified Jews showed that the National Front had more than doubled its share of the Jewish vote in the 2012 presidential elections, earning 13.5 percent of Jewish support — a finding that has set off alarm bells among leaders of France’s major Jewish groups.

“Rich community bosses and well-educated students don’t understand what’s happening because they don’t live with the Muslims in the workers’ neighborhoods,” Ciardi said. “There Jews are realizing that the immigration policies and political correctness of past governments created a reality where they cannot wear their kippah outside.”

Marine Le Pen assumed the leadership of the National Front in 2011, replacing her father. He had run the party with his deputy, Bruno Gollnisch, who was also convicted of denying the Holocaust, though the ruling was overturned by a higher court. Together they seemed happy to make the National Front the bete noire of the political establishment.

Since taking the helm, Le Pen has worked to elevate the party to a level of respectability it could never achieve under her father, whose often blunt racism cost National Front many votes and left the movement isolated.

The leader of France’s far-right National Front, Marine Le Pen, seen here at a May Day demonstration in Paris in 2012, has a growing following among Jews. (Pascal Le Segretain/Getty Images)

After assuming the party leadership, Le Pen stripped Gollnisch of his duties at the European Parliament, leading him to observe last year that she “seeks to keep me and her father in a certain state of virginity” — a phrase pundits took to be a euphemism for impotence. She repeatedly has condemned anti-Semitism and punished a party official who made anti-Semitic statements. In 2011, Le Pen dispatched her life partner and National Front Vice President Louis Alliot on a bridge-building mission to Israel.

“The fact that Marine Le Pen took the party in a more moderate direction is a major factor for many Jews,” said Gilles Goldnadel, a prominent attorney and a former member of the executive board of the CRIF umbrella group of French Jewish communities. “Today in France, there is a greater danger from Islamo-leftism than the danger posed by the far right. It’s not surprising some Jews, like non-Jews, vote for the far right as a reaction to this threat.”

Under Marine Le Pen, party officials for the first time began courting Jewish votes by addressing letters to their communities. One such letter was sent this month by Julien Leonardelli, a party regional secretary from the Toulouse area, to a local Jewish community center that assailants earlier this year attacked with firebombs.

Leonardelli wrote of his “grave concern at the increase of anti-Semitic attacks” in France, which he said were the result of irresponsible immigration policies by the Socialist Party and the UMP party of former President Nicolas Sarkozy.

“As a National Front representative and spokesperson for Marine Le Pen, I express deep indignation over these acts and assure all our Jewish compatriots of our full support in the fight against all forms of anti-Semitism,” Leonardelli wrote.

Within the party, such efforts have prompted a backlash from the old guard, including Le Pen’s father and Gollnisch, who wrote a 1,700-word blog post earlier this month in response to the IFOP survey in which he bemoaned the party’s failure to follow the ideological course set by its founders.

After Le Pen briefly removed her father’s blog from the party website after he said that a Jewish singer should be “put in the oven,” he accused his daughter of cowering before “the blood hounds that constantly search for anti-Semitism.”

“She is being criticized internally within National Front for her choices because there is still an anti-Semitic, Holocaust-denying element within the party,” Ciardi said.

With Jews representing less than 1 percent of the French population, the bump in support is negligible in electoral terms. But the survey by the IFOP polling company grabbed headlines in major publications because it was seen as a worrisome indicator that a party once shunned by the mainstream is gaining traction.

“The glass ceiling that prevented National Front from becoming a majority party is beginning to seriously crack,” Valerie Igounet, a historian who specializes in the French far right, told Le Figaro.

Among Jewish leaders, the party remains well beyond the pale. CRIF President Roger Cukierman recently told the RCJ Jewish radio station that Le Pen’s disavowals of anti-Semitism are mere “lip service” from a party that still harbors “Holocaust deniers and anti-Semites in it ranks.”

But even he credited Le Pen with “taking care not to offend our community and making a step in the right direction.”