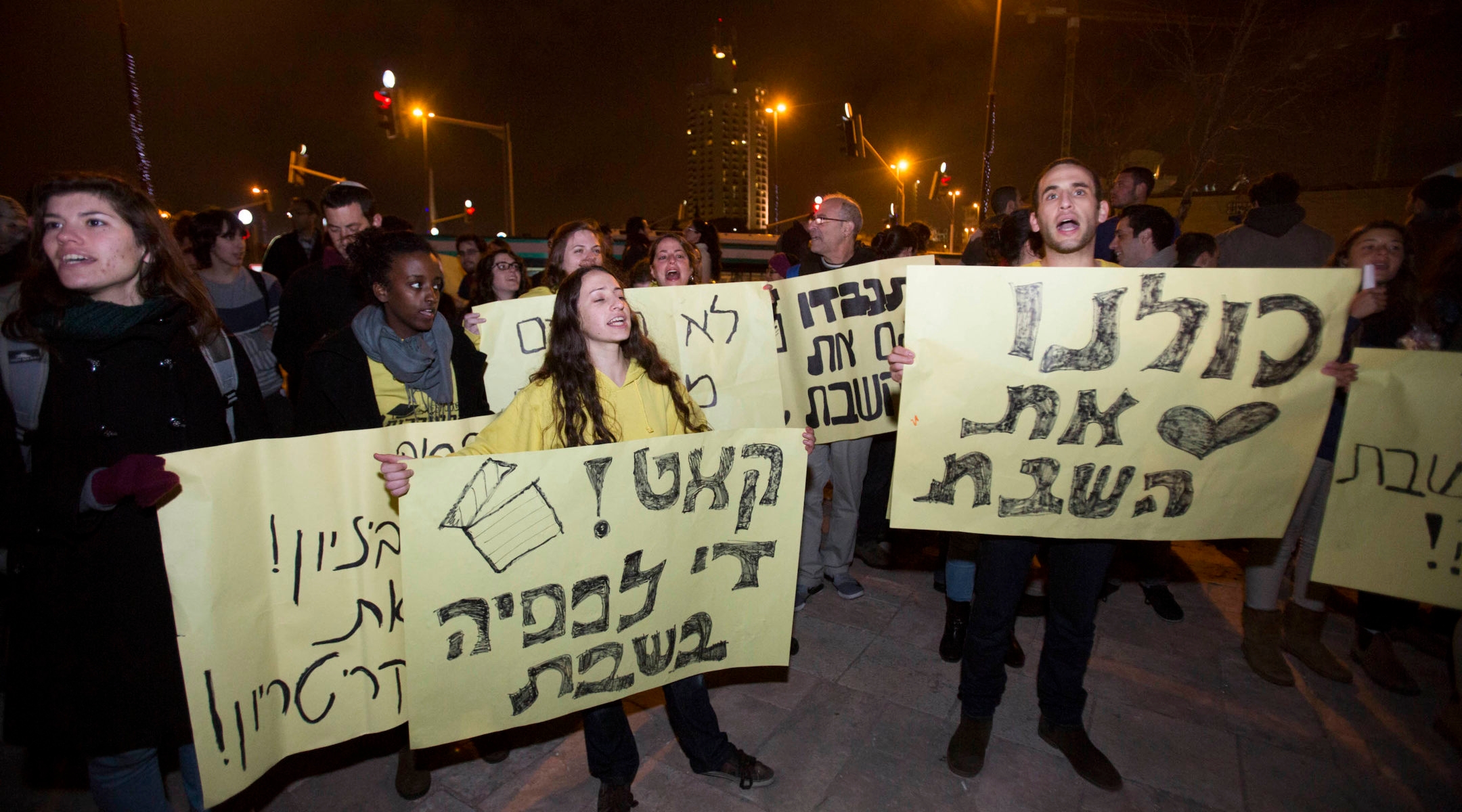 TEL AVIV (JTA) – During the past 18 months, the governing coalition in Israel has passed legislation to extend the nation’s mandatory conscription to the haredi Orthodox — a group currently exempted from military service — and Knesset leaders have advanced bills that would allow for civil unions and ease restrictions on Jewish conversions.

But a new study shows that the majority of Israeli electorate remains unhappy with the amount of religious influence on Israeli life and law.

The annual report, which was released Monday by Hiddush — a 5-year-old organization that lobbies the Knesset to promote religious freedom — revealed that 61 percent of Israelis support increased religion-state separation and 78 percent are dissatisfied with the government’s actions on religion-and-state issues.

On both issues, no less than 100 percent of haredim polled supported Israel’s longstanding policies in which the Orthodox Chief Rabbinate maintains control over Jewish marriages and recognizes only Orthodox conversions. Still, one-third of haredi respondents joined the 71 percent of Israelis who disapproved of the Chief Rabbinate.

“For haredim who think Israel should be a theocracy, it’s described as a government of destruction,” said Rabbi Uri Regev, the CEO of Hiddush.

“On the other side, [those favoring religion-state separation feel] the government has never really been attentive,” said Regev, noting that successive governments have prioritized defense policy over religious liberalization.

The Knesset’s largest party, the centrist Yesh Atid, pushed through a law this year to include haredim in Israel’s mandatory draft. The mandate doesn’t go into effect for another three years, and 61 percent of Israelis — including 98 percent of haredim themselves — don’t believe haredi Jews will ultimately be drafted.

“Last year was characterized by a lack of communication between the sectors,” Aharon Kravitz, a haredi journalist and activist, told JTA. “People talked about the haredim. Nobody talked with the haredim. There’s a lack of understanding, and that influences public opinion.”

There was agreement with the haredim on at least one point: A majority of Israelis, including four-fifths of haredim, backed affirmative action to place haredim in government jobs.

According to the survey, 42 percent of Israelis observe the Sabbath in some way, whether according to traditional Jewish law or through customs such as lighting candles and blessing wine.

“Simplistic divisions are really missing the point,” Regev said. “Respect for Shabbat is not only the domain of those who define themselves as religious. There are varying degrees of personal respect and observance that Israelis follow.”