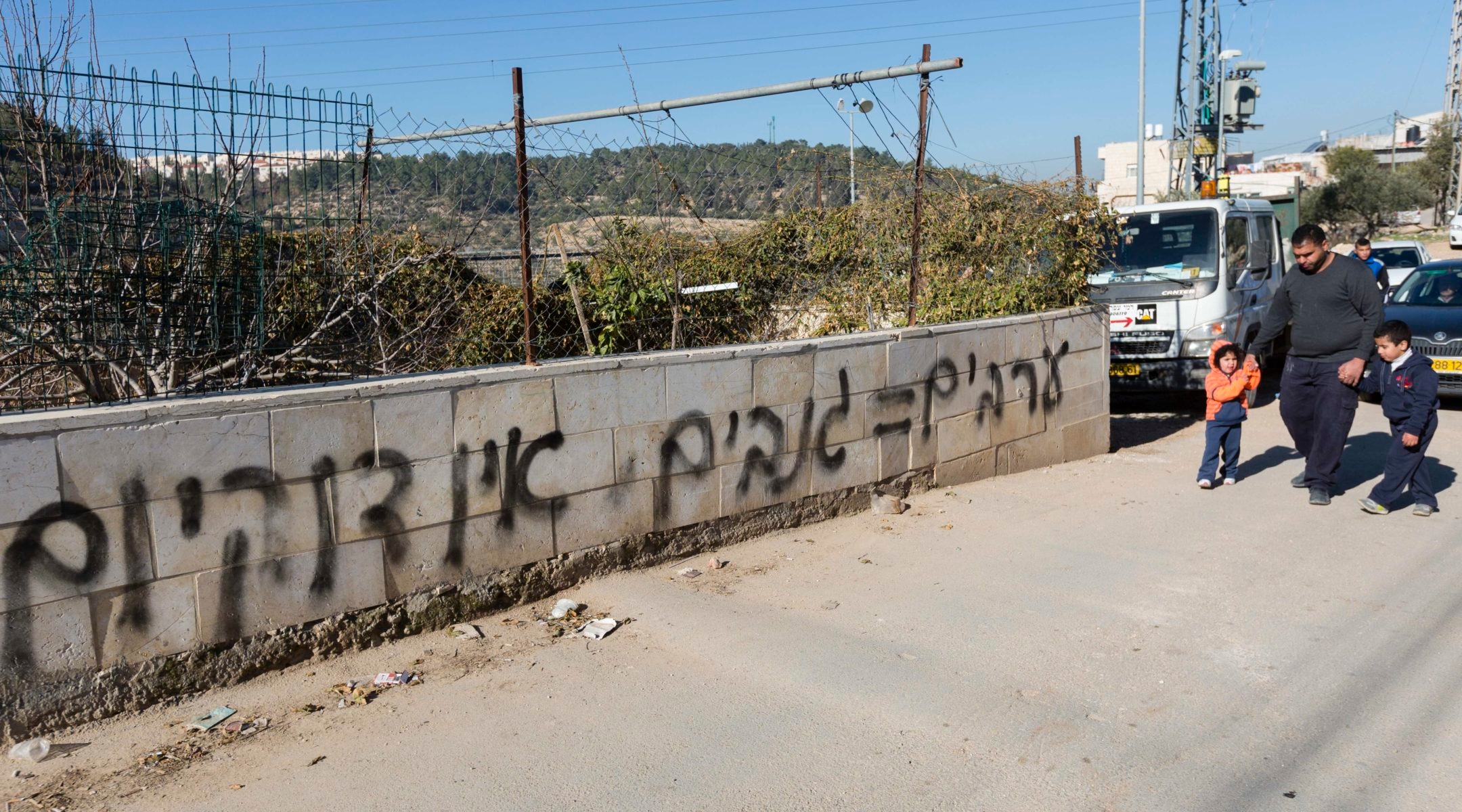 WASHINGTON (JTA) – In a strategic shift, the New Israel Fund is arming itself with a set of sharp political tools and picking a fight.

Its weapons: Opposition research, media monitoring, and staking its claims to patriotism and Zionism.

If NIF’s dramatic language, outlined in a Sept. 18 release, and its tough new posture seem familiar, it’s because the funder is adopting tactics used by the right to marginalize NIF and its clients.

“Over the past decade, Israel has endured an assault on liberal democratic values and a growing defiance of democratic norms, endangering freedom of speech and conscience as well as minority rights,” the release said. “Overt racism, ultra-nationalism and xenophobia are on the rise.”

The shift for NIF, said Daniel Sokatch, the group’s executive director, is its readiness to directly confront the right.

“It’s time to try and put wind in the sails of people who are pushing back against an increasingly narrow, increasingly xenophobic, increasingly undemocratic vision of Israel and what Israel can be,” Sokatch told JTA.

There’s not much substantively new in the NIF initiative: Some of the groups named under the rubric “New Initiatives for Democracy” have been funded by NIF for years, and other proposals, like monitoring right-wing media, remain amorphous.

It’s also not clear whether the $2 million earmarked for the initiative in 2014 is an increase in existing funding for the named projects, although Naomi Paiss, NIF’s spokeswoman, said that in time the proportion of funding for the initiative will increase. NIF currently runs a budget of $30 million and doles out grants totaling $10 million annually.

The campaign, Sokatch said, is aimed at donors who are alarmed at what they perceive as the inexorable rise of undemocratic trends among Israelis, particularly relating to the peace process, political dissent and racism toward minorities, including Arabs and migrants.

“The traditional vehicles of progressive Israel, which were once mighty, are gone,” he said, referring to  the Labor Party and other leftist institutions that have been weakened over the past two decades.”What’s left as the last standard-bearer of liberal Zionism is the civil society sector, and the one big name that everybody’s heard of is the New Israel Fund.”

But Gerald Steinberg, a founder of NGO Monitor, a sharp critic of NIF, said the organization’s new course amounted to “rebranding” in part to court big donors.

“It’s a way to move the organization toward the consensus and away from the fringe,” he said.

Under assault from the right since the early 2000s for backing a handful of groups identified with Israel’s non-Zionist left, NIF officials until now have largely ignored the criticism. Spokesmen deflected attention by emphasizing that the bulk of NIF funding is for less objectionable social action, including protection for victims of domestic violence, pluralism, poverty and interreligious understanding.

Those tactics did not help and now NIF — a group that for decades preferred the shadows and relinquishing the spotlight to its beneficiaries — earns regular derisive mentions by right-wing columnists. It’s also been the subject of Knesset hearings on proposed limits on how groups like NIF spend their money.

But now NIF and its grantees are embracing the symbols and rhetoric used by the right to great effect.

The Council for Peace and Security, which is slated to receive at least $200,000 under the new initiative, enlists hardened former security heavyweights such as ex-Mossad boss Meir Dagan and ex-military chief of staff Gabi Ashkenazi to articulate blistering critiques of Israeli Prime Minister Benjamin Netanyahu’s policies.

And this month Molad, a think tank poised to take in at least $300,000 under the new initiative, published an expose showing that the bulk of government funding for housing development on Israel’s periphery (the Negev, the Galilee and the West Bank) goes to settlements and institutions affiliated with the national religious camp and not to the Negev and Galilee, nor to the haredi Orthodox sector.

Mikhael Manekin, the managing director of Molad, called the report “oppo research” and noted the coverage it earned in the haredi press. The goal, he said, is not just “to critique what is happening in the country, but to replace the current government” by partnering with sectors not usually cultivated by the left, including the haredim.

Peter Beinart, a vocal critic of Israeli policies who is also a Zionist, said embracing politics and taking the struggle to the streets is what the right wing has done for years.

“If you look at the way they built conservative institutions in the U.S. and Israel, the wisdom is to go for the long haul,” Beinart said. “Taking a more aggressive and political response is important.”