Could artificial intelligence hold the key to fighting hate? 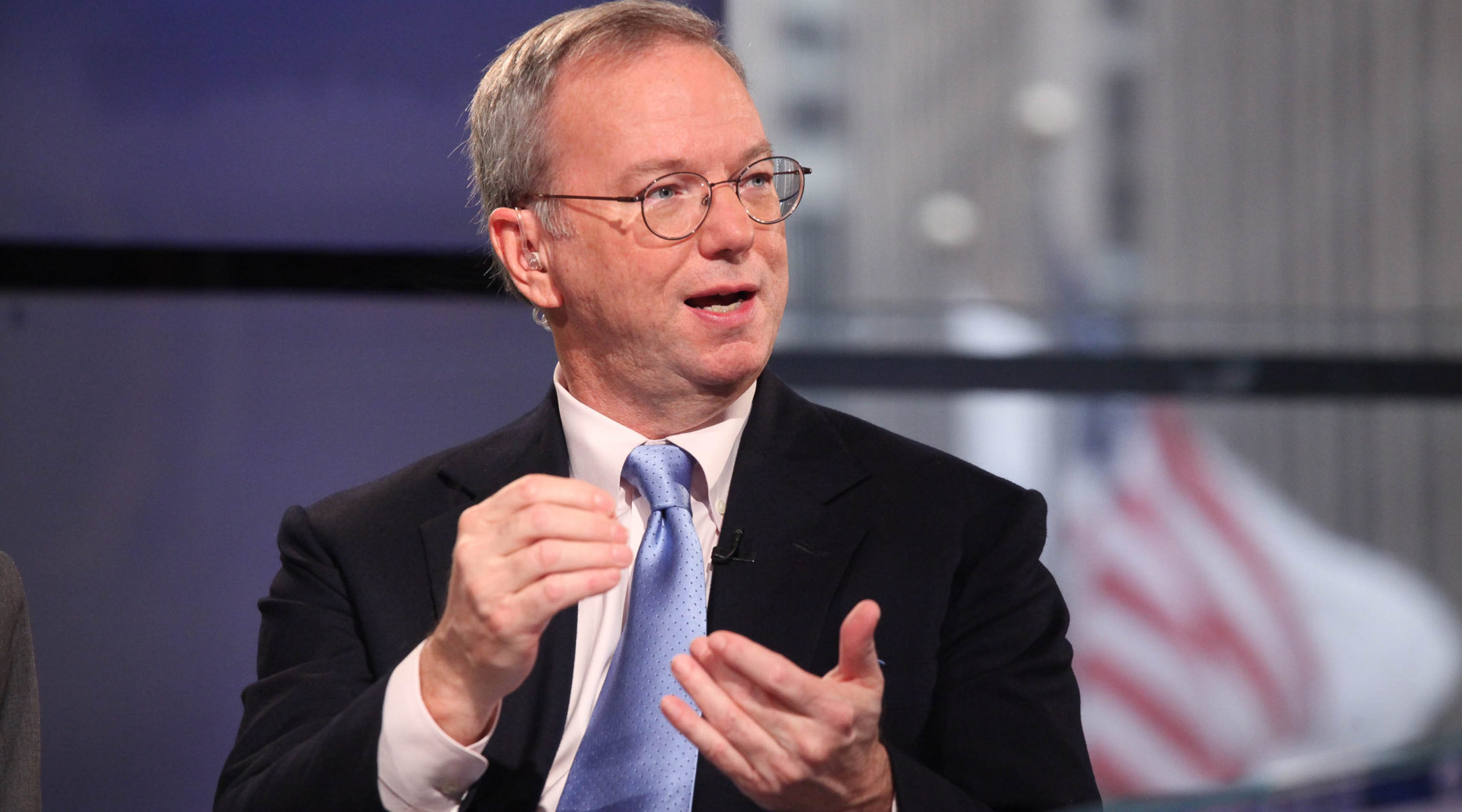 Last week, the Anti-Defamation League released a list of “Best Practices” to counter hate speech on the Internet. Sober and serious, it includes suggestions like “Share knowledge and help develop educational materials and programs that encourage critical thinking in both proactive and reactive online activity” and “Respond to user reports in a timely manner.” It even advises to try “comedy and satire when appropriate.”

Google’s executive chairman, Eric Schmidt, hopes there might one day be a more exciting option for dealing with hate speech: artificial intelligence.

“AI systems may ultimately allow us to better prioritize and better understand how to rank and deal with evil speech,” Schmidt told JTA in a phone interview.

Schmidt, who was presented last Friday with the ADL International Leadership Award, said Google’s current philosophy is for its search engine to mirror what is available on the Internet as accurately as possible. Google searches are based on an algorithm that is content neutral, so the prospect of nudging aside hate speech would mark a shift.

Even without invisible anti-hate bots, Schmidt said the Internet makes it easier to track and counter hate — and to identify hateful people, if necessary — and thus is a greater tool in defeating hate rather than spreading it.

Of course, identifying hate speech via computer will be plenty difficult given how often humans disagree over what is or isn’t hateful. And given the prevalence of existing concerns about privacy and tracking, AI-enhanced search engines will probably add another layer of complexity to such debates rather than resolving them.

Who knows? They may even provide some fodder for comedy and satire. When appropriate, of course.