Echoes of prodigy’s music strike a chord with family 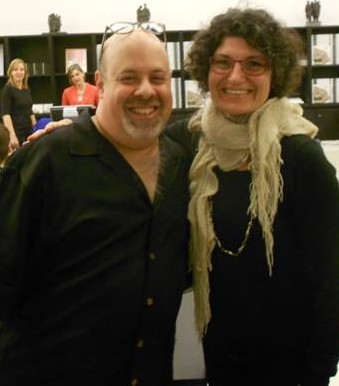 BALTIMORE (JTA) – For second cousins Roger Peltzman and Martha Runowski, Norbert Stern lives on even 70 years after the piano prodigy was killed in the Holocaust.

Peltzman, of New York, and Runowski, of Le Mans, France, hadn’t seen one another since they were children in the 1970s. But they were reunited earlier this year in Belgium, where Peltzman, also a pianist, played a concert in memory of Stern, his uncle.

Thinking of Stern had spurred a Brussels woman, Ghislaine Hennessey, in 2009 to search for his younger sister, Beatrice. Beatrice Peltzman had just died, but Hennessey located Roger, one of her sons.

The telephone call from Hennessey set Peltzman on a mission to learn more about his uncle. Ultimately he assembled 500 documents on the lives of Stern and Beatrice and their parents in Brussels. They included their immigration papers after moving from Berlin in 1933 and Stern’s report card at the Conservatoire Royal de Bruxelles, where he won the prestigious Grand Prix competition in 1940 and earned a medal from the king that now sits on Peltzman’s piano.

On a 2010 visit to Brussels to see Hennessey, Peltzman even played on her Steinway — the very one on which Stern, while in hiding in a nearby attic during the occupation, had practiced to keep his ability sharp. Hennessey was a young girl at the time, and her father was a member of the Belgian resistance.

After Stern and his parents, Flora and Mayer-Abraham, were captured by the Nazis and deported to Auschwitz, Hennessey’s father smuggled Beatrice Peltzman, who had escaped out the window, into a convent, where she survived the war before immigrating to America.

The digging for information prompted a sea change in Peltzman’s attitude toward his murdered kin.

“I’d felt kind of removed from them; I’d refer to them as my mother’s parents and my mother’s brother,” said Peltzman, 53. But thanks to the research, “I became very close to them. I changed my language. They became my grandparents and my uncle.”

The research also coincided with Peltzman’s return to making his living at the piano after working for years as a record producer. He now teaches music at Manhattan’s Third Street Settlement School and has private students.

Peltzman wishes he could “talk to [Stern] about music, about technique,” he said. “I play at a high level, and he played at the highest level.”

In 2013, Peltzman launched a successful Kickstarter campaign to fund the recording of a CD, “Dedication: Roger Peltzman Plays Chopin,” a double entendre referring to his commitment to the piano and to Stern. The recording was made at the conservatoire on the stage where Stern, considered a great Chopin interpreter, had attained prominence.

In a YouTube video on his website, Peltzman quotes Andre Gertler, Stern’s teacher, calling his pupil’s death at 21 “the greatest tragedy” of his life because he “could have been the next [Arthur] Rubinstein.”

Meanwhile, Runowski was delving deeper into her roots, too.

Raised in Australia by a Jewish father who survived the Holocaust and a Catholic mother, Runowski, now 45, had researched her Jewish genealogy since childhood to determine the facts of her paternal grandmother’s death in the Holocaust. She’d been in touch with Beatrice Peltzman and figured that the latter’s passing would mark the end of the connection with her American relatives.

But then Runowski found the Peltzman video tribute to Stern online and reached out to the cousin she considered a kindred spirit.

“Up until meeting Roger, I was sort of alone in this identity problem, in looking for my roots [and] the family that’d been wiped away,” she said.

Attending the concert and listening to Peltzman’s playing Chopin in memory of Stern — “you don’t need words,” Runowski said.

“You could feel everything. There was a bit of Norbert there, too. … His project was dedicated to Norbert, but as a side effect it had a benefit to me.”

The event was fraught with symbolism, held in a hall across the street from the Kazerne Dossin, a museum and memorial in Mechelen to Belgian Jews killed in the Holocaust. The institute is housed in the former barracks of the Nazi S.S. at what had been the transit camp for many of the 25,800 Jews deported to Auschwitz.

Peltzman donated some of the concert’s proceeds to the museum, which is funded by the Belgian Jewish community and the government.

Along with renewing ties with Runowski, Peltzman bonded with the Kazerne Dossin. He’d visited in 2012 on the day that officials were assembling a permanent exhibition telling the story of the Sterns and 25 other Jewish families who had even temporarily evaded capture.

One document discovered in state archives was the false identity paper that the elder Stern created allowing him to continue working in his Brussels perfume shop. But meeting Peltzman has greatly expanded the museum’s ability to tell, through photographs and documents, the Sterns’ story.

Peltzman promised Dorien Styven, the museum researcher who found the document, that upon his death he would bequeath his collection of materials.

“The museum is a second family,” Peltzman said. “It’s wonderful. I feel somebody giving a [darn] that the family I love so much – it’s like they’re living again in that place.”