After war, veteran AP reporter in Gaza says enough and moves to Malaysia 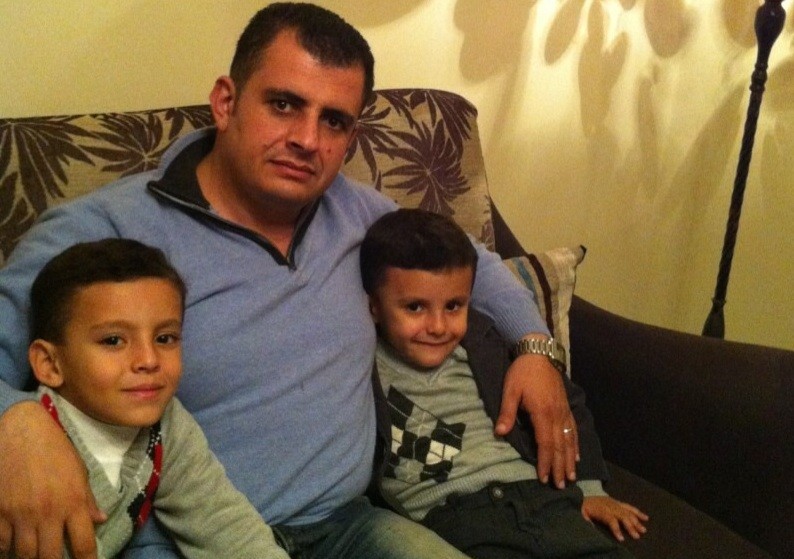 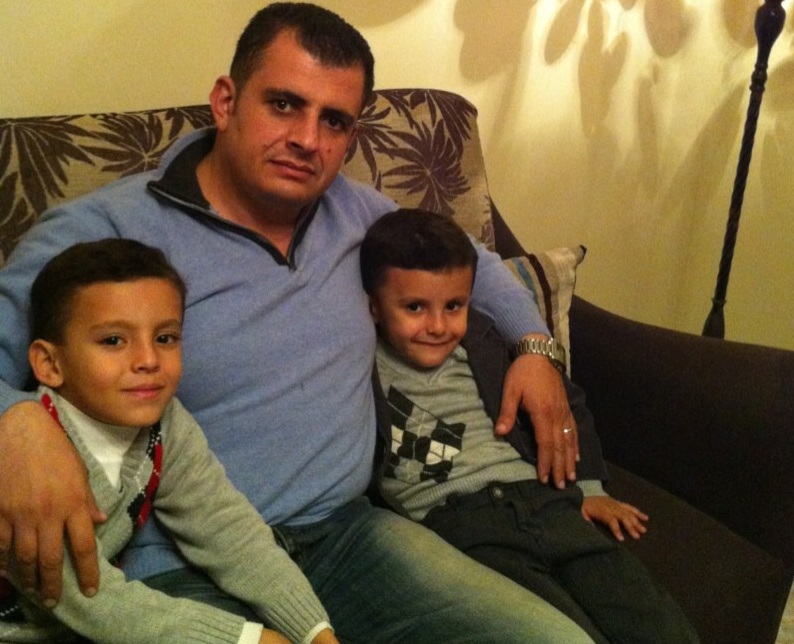 WASHINGTON (JTA) — Ibrahim Barzak spent his childhood counting the days to weekends, when he would travel with his father to see friends in Tel Aviv, Herzliya, Ashdod and Jerusalem. For Barzak’s young sons, by contrast, the names of those cities conjure malevolent exotica.

Barzak, 38, has worked for the past 22 years as a journalist in his native Gaza City, most recently as the Gaza correspondent for The Associated Press. The ethos that has guided him throughout his reporting career: a commitment to facts and reality that knows no borders.

But last month, Barzak and his family — his wife, Ghadeer al Omari, and two sons, Hikmet, 8, and Ahmed, 6 — picked up and moved to Kuala Lumpur, Malaysia. Their house in Gaza’s Rimal neighborhood, which has a number of government buildings, had been flattened over the summer during Israel’s most recent war with Hamas. It was the third Barzak family home destroyed, by direct or indirect airstrikes, in eight years.

The children’s room in the Barzaks’ Gaza City villa opened onto a garden with bushes, flowering white roses, red rhododendrons and lilacs. These days, the family’s high-rise condo in a building with a pool and gym looks over the Malaysian capital’s glittering skyline dominated by the Petronas Towers.

“Four stitches in my left leg,” he tells me, describing what he took away from this summer’s war between Israel and Hamas.

I first encountered Barzak back in 1992. I was a reporter at AP’s Jerusalem bureau and he was calling in stories from Gaza.

“Two rubber bullets in the left buttock,” he would typically begin. Or, “A live bullet in the head.” After each intifada clash, Barzak, then a slight 16-year-old, would go hospital to hospital in Gaza noting every injury logged by the medical staff.

His precision never made it into copy — age and “moderately wounded” was all the person injured in the “left buttock” would get in an AP brief, if that. But I did not interrupt: Ibrahim Barzak at 16 was already a writer who intuited the awful and exacting poetry of facts. This was a natural-born journalist.

Literally. His father had been AP’s man in Gaza since the 1950s. Hikmet Barzak married late in life, and Ibrahim was his oldest son.

They drove weekends to Israeli towns where Hikmet had made friends with wholesalers who supplied his stationery shop, and to Jerusalem, where they would pray at the Al-Aqsa Mosque and where his father had helped found the Arab Journalists Union.

“My father took me every Friday and Sunday,” Barzak recalled. “I used to know who was beyond the walls, who I was sharing the land with, without thinking of occupation.”

“This is Hikmet’s house,” he would begin each call. The family, fearing loss of income, did not want to reveal that the patriarch was gone.

The AP embraced Ibrahim Barzak, sending him to Jerusalem and other capitals for training.

After PLO leader Yasser Arafat returned to Gaza in 1994, Barzak posted an official portrait in his office, alongside an array of candid AP shots of his hero, Princess Diana. And when Arafat’s reign imploded in corruption and double-dealing, Barzak’s familiar baritone relayed every detail.

“The Israeli army issued a video of the bombing of the Hamas compound, which it posted on YouTube,” Barzak wrote at the time. “I can see my home being destroyed, and I watch it obsessively.”

It was his second house; the first was destroyed in 2006 after Hamas kidnapped Israeli Cpl. Gilad Shalit. (He was held for more than five years before being released.) The family used savings to purchase new homes.

This summer, the first hit on Barzak’s house was preceded by a warning “knock” — an unarmed missile dropped on a building — at 9 a.m. It appears the Israeli army may have been targeting Mohammed Deif, a top Hamas terrorist whose wife lived some 500 yards away. Days later, the army hit Deif’s wife’s house. The army did not immediately return a request for comment.

Barzak, who had returned hours earlier from the office, awoke and helped gather the kids. He was the last to scramble down steps toward the basement; that’s when the shrapnel hit his leg.

The family decamped to a relative’s apartment, but Barzak kept track of his home. His bedroom was destroyed, then the kitchen and living room. And then “the stairway in our beautiful garden.”

“Beautiful,” a word packed with vagaries untypical of his practiced precision.

Barzak misses Gaza, the coastal strip where he was born and his family lived for centuries.

The Gaza of his youth, of weekend trips to Israeli cities, is gone. For one thing, travel between Gaza and Israel no longer is so freely permitted.

“My sons know nothing about who we are sharing the border with, who is across the border,” Barzak said.

Ibrahim Barzak holding up a piece of a missile that hit his home this summer during Operation Protective Edge. (Ibrahim Barzak)

His wife, also a Gaza native, recorded her helplessness at the hatred growing in her sons.

“This morning, Hikmet and Ahmed woke up to the sound of a huge explosion,” she wrote on the website Voices of Gaza, a resource for journalists. “I hugged their shaking bodies, asking them not to be afraid. Hikmet, who is 8, said, ‘I hate Israel. I hate all the Israeli people.’ I asked him, ‘Why, sweetheart?’ He answered, ‘Don’t you know why, Mum? Don’t you see what they are trying to do? They want to kill us.’ ”

It was time to move.

“I can’t convince [my sons] of my beliefs,” Barzak said. “I can’t tell them that we can live in peace and tolerance, I can’t say I have a Jewish friend who helped me get out of Gaza and I am proud of my friendship. I am one of the few left who believe in it.”

It was the Jewish friend who helped facilitate his move to Malaysia, he said.

Barzak is planning to acquire a degree in business in Malaysia, to open restaurants and to wholesale toys made in China.

“I hope I feed my children with the culture I grew up with,” he said, referring to the values of multiculturalism and tolerance he holds dear.

When I called Barzak right before Yom Kippur, the first thing he said was “Chag Sameach,” undaunted in his belief in a time when Muslims knew precisely how to greet Jews and Jews Muslims. He is its fierce guardian because it is his legacy for his boys.

Why Malaysia? It is the one country that does not require Palestinians, upon arrival, to formally immigrate, Barzak told me. Malaysia accepts Palestinian passports without a visa.