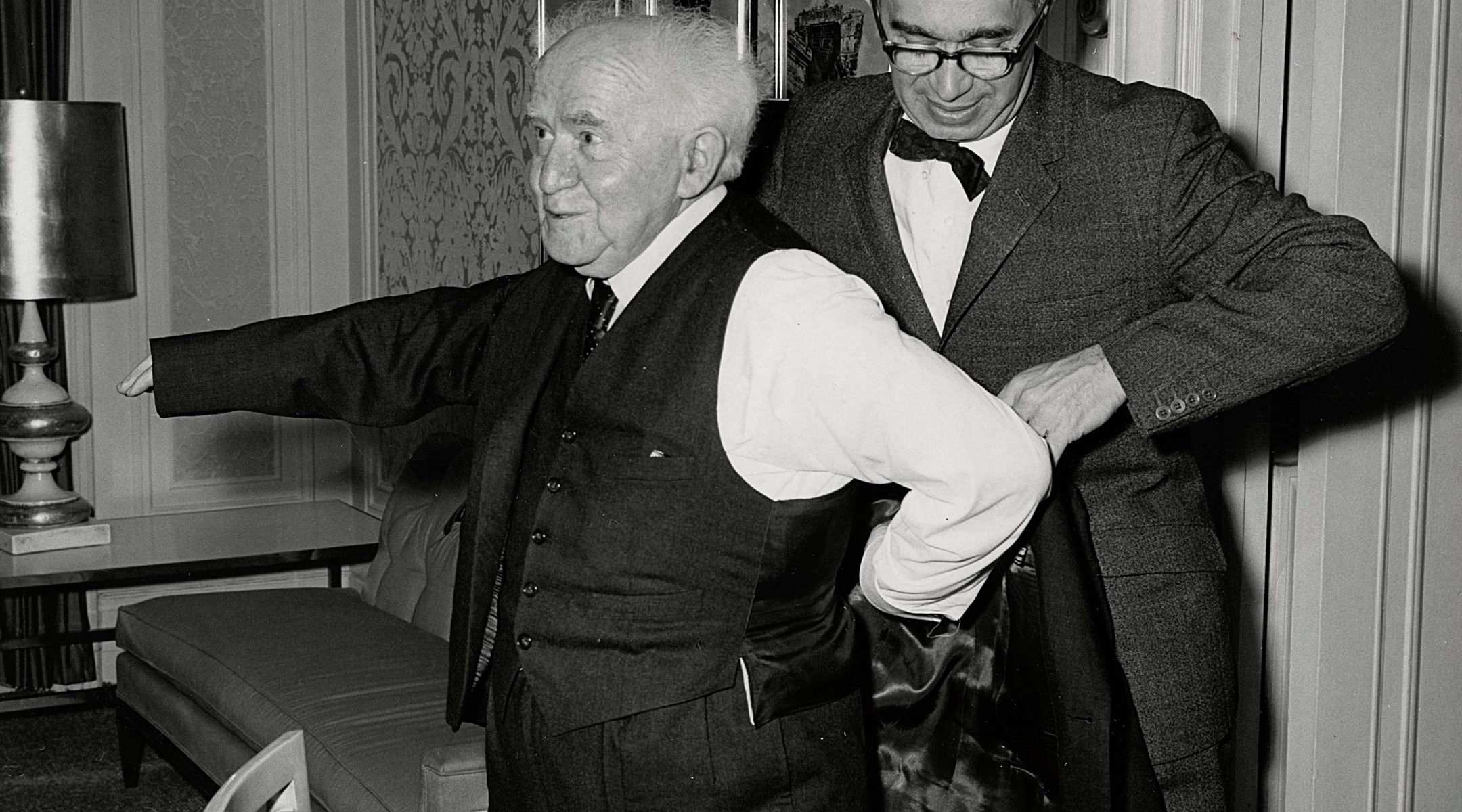 This photo of Ralph Goldman assisting Israeli Prime Minister David Ben-Gurion with his coat in the 1950s is called "Ralph to his core." (Courtesy JDC)
Advertisement

(JTA) — One of Moscow’s largest Jewish community centers, the Nikitskaya, was renamed in honor of the late Jewish leader Ralph Goldman.

The institution, which opened in 2001 with support from the JDC, was rededicated as the Ralph I. Goldman Nikitskaya Jewish Cultural Center in a ceremony Wednesday.

Goldman, a former head of the American Jewish Joint Distribution Committee, died Oct. 7 in Jerusalem at the age of 100.

“Renaming this institution in his honor is a fitting tribute to a man whose story was so inextricably bound with that of his people and who was one of the visionaries who helped rebuild Jewish life in Russia,” said Penny Blumenstein and Alan Gill, the JDC’s president and CEO, respectively, in a statement.

Goldman was a driving force in JDC’s low-profile activities behind the Iron Curtain, and in the 1970s and ’80s brought JDC programs back into the open in communist countries. He led sensitive negotiations with Soviet leaders, navigating JDC’s return to what would become the former Soviet Union almost immediately after its collapse.