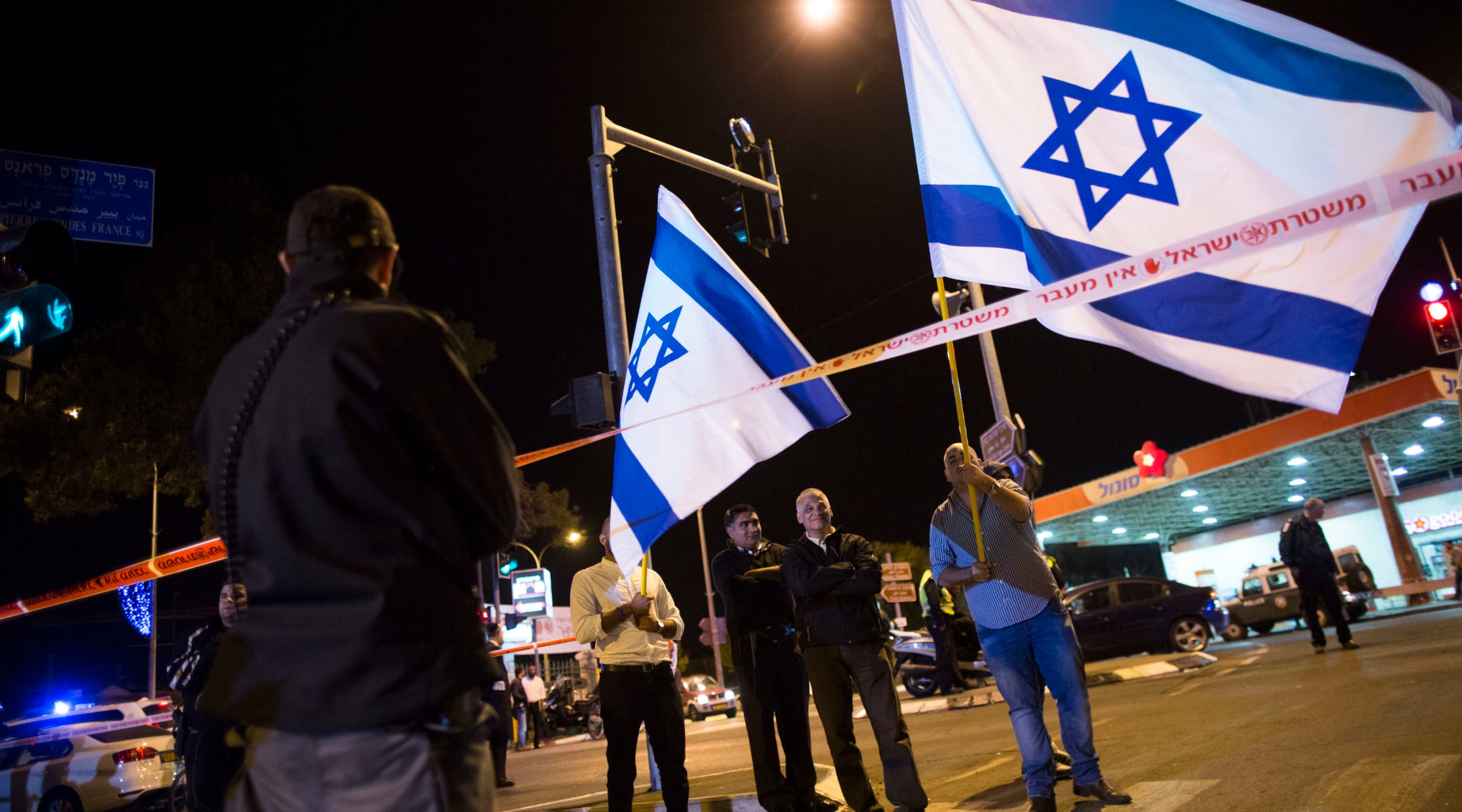 Israelis wave Israeli flags at the scene where the Temple Mount Movement Leader, Yehuda Glick, was shot by a drive-by motorist, near the Pa'amon Park in Jerusalem, Oct. 29, 2014. (Yonatan Sindel/Flash90)
Advertisement

Meanwhile, the man suspected of shooting him was killed in a shootout with police on Thursday.

Glick’s medical condition improved slightly on Thursday, a day after the dual U.S.-Israeli citizen who advocates for an increased Jewish presence in eastern Jerusalem was shot three times in the chest and stomach by an assailant on a motorcycle who fled the scene.

“Mr. Glick’s condition is improving, and we are more optimistic today than we were yesterday,” an official from the Shaarey Zedek Medical Center in Jerusalem, where Glick underwent surgery following the attack, told Army Radio.

On Thursday, Islamic Jihad claimed responsibility for the attack on Glick, who has lobbied for greater access to the Temple Mount for Jewish worshipers.

The attack, Islamic Jihad said in a statement, was in retaliation for recent Israeli actions in Jerusalem, which in recent weeks has seen an increase in violent clashes between Palestinians and police.

The man police say was responsible for shooting Glick was killed at his eastern Jerusalem home  Thursday.

Israel Police surrounded the home of the suspect, identified as Muataz Hijazi, an operative for the Islamic Jihad terror group, on Thursday morning and returned fire after being shot at, according to police spokesman Micky Rosenfeld. Hijazi spent 10 years in Israeli prison for past involvement in terror activities and was released in 2012.