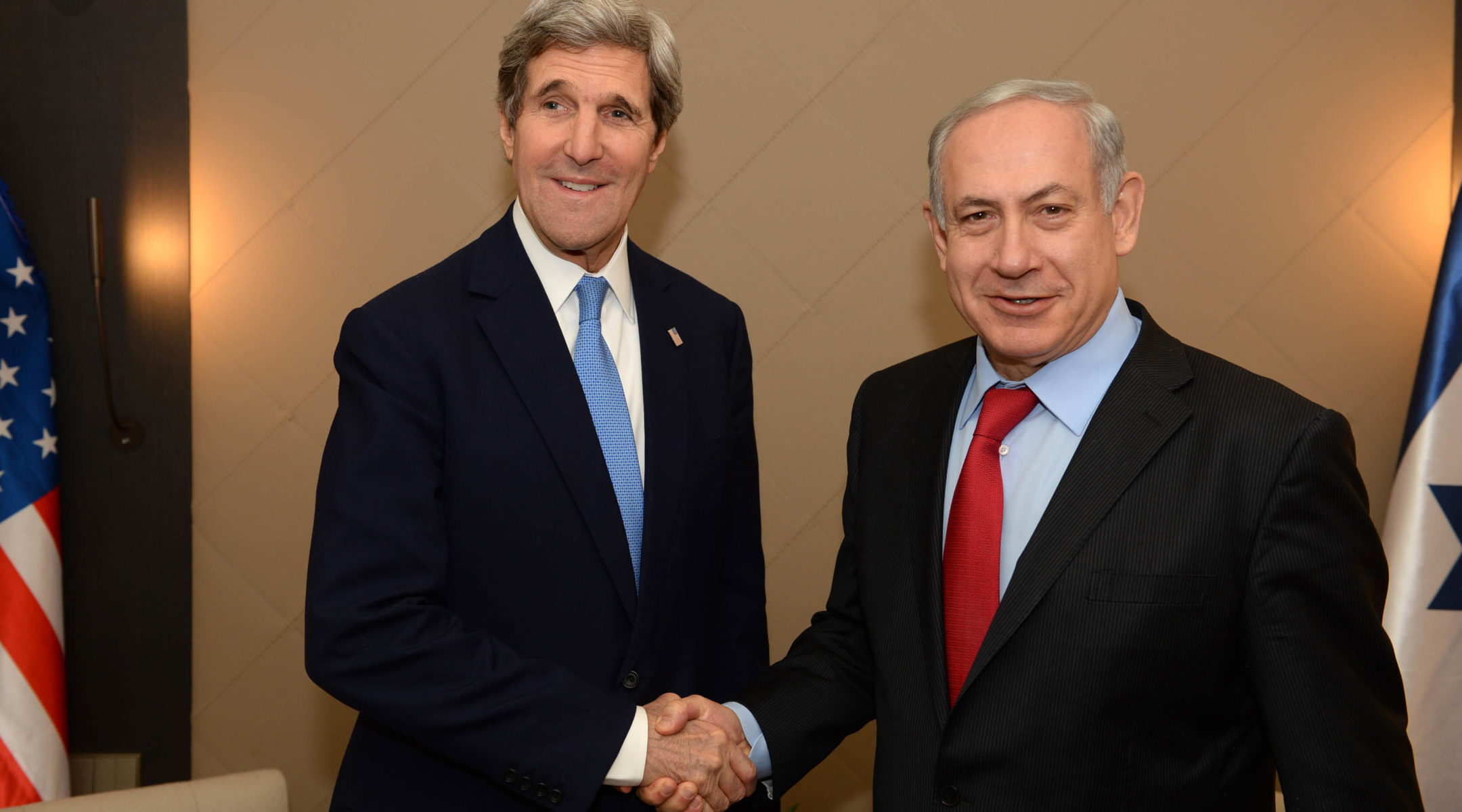 The conversation took place on Friday, State Department spokeswoman Jen Psaki told reporters the following day. Kerry on Thursday had called the slur “disgraceful, unacceptable, damaging,” saying, “That does not reflect the president, it does not reflect me.”

In the phone call, Kerry and Netanyahu also discussed the situation in Jerusalem and the importance of de-escalating tensions.

Psaki said Saturday that Kerry “emphasized the importance of refraining from provocative actions and rhetoric, and preserving the historic status quo on the Haram al-Sharif/Temple Mount.”

She added that Kerry spoke Saturday morning with Palestinian Authority President Mahmoud Abbas, who also “expressed his serious concern about the escalating tensions in Jerusalem.”

Psaki told reporters that the State Department was working with “many counterparts” in the Israeli government and the Palestinian Authority to calm the situation.

Unrest continued over the weekend at the Temple Mount and in eastern Jerusalem following the reopening of the holy site early Friday morning. Israel had ordered the site closed on Oct. 30 in the wake of the assassination attempt the day before on Temple Mount activist Rabbi Yehuda Glick.

Kerry is scheduled to meet Monday with a high-level Palestinian delegation led by chief negotiator Saeb Erekat to discuss going forward with peace talks, the situation in Gaza and lowering tensions in Jerusalem.

A Palestinian newspaper reported over the weekend that the Obama administration would offer a proposal to restart peace talks between Israel and the Palestinians after Tuesday’s congressional midterm elections, The Jerusalem Post reported Sunday.