Everything you need to know about SodaStream’s move 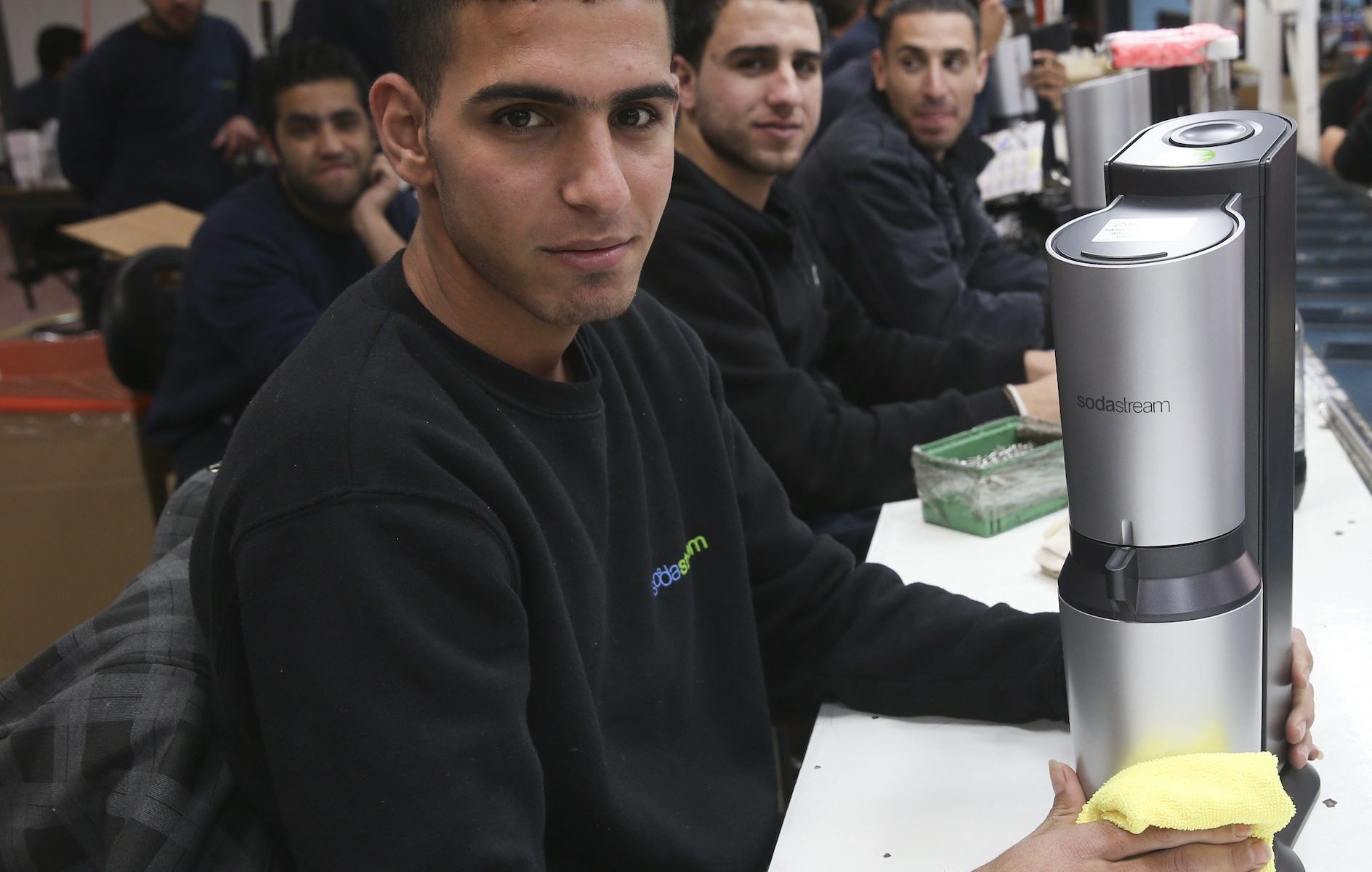 TEL AVIV (JTA) — SodaStream, the Israeli at-home seltzer machine company, announced last week that it would be closing its West Bank factory and moving the facility’s operations to southern Israel next year. Here’s what you need to know about SodaStream, the controversy that has bubbled up in its midst and what the actress Scarlett Johansson has to do with it.

SodaStream is an Israeli company that makes and sells seltzer machines for home use. Since it was founded in 1991, the company has sold more than 10 million machines in 39 countries. The foot-and-a-half-tall machines turn still water into seltzer in 30 seconds. The company also markets dozens of mix-in flavors, such as cola, ginger ale, lemon-lime and fruit punch.

Why is SodaStream controversial?

Until this week, SodaStream’s main factory was located in Mishor Adumim, an industrial park in the Israeli West Bank settlement of Maale Adumim, east of Jerusalem. Because the settlement is likely to be included in Israel in any future peace deal with the Palestinians, many Israelis don’t view it as all that controversial.

But groups that oppose Israel’s occupation of the West Bank have called for boycotts of SodaStream due to the factory’s location. The debate over SodaStream gained attention earlier this year when the actress Scarlett Johansson became the face of the company, appearing in a SodaStream ad during the Super Bowl. Johansson ended up resigning as a spokeswoman for Oxfam International, an anti-poverty group that opposes the West Bank factory, after it criticized the actress’ involvement with the company.

What is SodaStream’s position on its West Bank factory?

SodaStream CEO Daniel Birnbaum has touted the Mishor Adumim factory, which has been in its current location since 1997, as a successful example of Arab-Jewish coexistence in the West Bank. Some 500 Palestinians work at the factory alongside Israeli Jews, and Birnbaum says he pays them well and treats them as equals with their Jewish co-workers, though pro-Palestinian groups allege that the Palestinian employees are treated poorly. The factory includes a mosque for Muslim employees. Closing the factory, Birnbaum says, could mean putting hundreds of Palestinians out of work.

Birnbaum is a proponent of a two-state solution to the Israeli-Palestinian conflict. He has noted that Mishor Adumim is defined as an area under Israeli control by the 1993 Israeli-Palestinian Oslo Accords, and argues that Israeli industry there is thus not a violation of international law.

The company drew more criticism this summer after it fired 60 of its Muslim employees, claiming they refused to work. The employees countered that SodaStream did not provide them with sufficient meals following the Ramadan fast and therefore were unable to safely operate machinery.

So what caused the move?

SodaStream’s third-quarter revenue dropped 13 percent, and sales in the Americas dropped 41 percent — numbers the company says are unrelated to the boycotts.

Moving to Lehavim, a town in southern Israel, near Beersheba, will yield savings of 2 percent, according to a brief SodaStream statement about the move. The Israeli government gave SodaStream a $20 million grant for the new facility, part of a larger government effort to incentivize business growth in the country’s South.

The company claims the motive for the move is “purely commercial,” though Birnbaum told the Forward this year that the Mishor Adumim factory is a “pain in the ass.”

Birnbaum said in the statement that he’s working with the Israeli government to obtain work permits that would enable his Palestinian employees to work at the relocated plant. However, the new facility is 60 miles away from the Mishor Adumim workplace.

“While we are enthusiastic about our new Lehavim facility and the exciting promise it brings to our company, we are committed to doing everything in our power to enable continuity of employment to our family of employees,” Birnbaum said in the statement.

What are protest groups saying about the move?

They have praised the decision … but they’re still boycotting SodaStream. Activists say that the Mishor Adumim factory’s closure is evidence that the BDS movement, which aims to boycott, divest from and sanction Israel, is working.

“Today’s news is just the latest sign that these global BDS campaigns are having an impact on changing the behavior of companies that profit from Israeli occupation and apartheid,” said Ramah Kudaimi, membership and outreach coordinator for the U.S. Campaign to End the Israeli Occupation, which represents 400 organizations.

But Kudaimi’s group, as well as the Palestinian Boycott, Divestment and Sanctions National Committee, say they will continue to boycott SodaStream because they claim its new factory abets dispossession of Bedouin land in Israel, even though the factory will be in an existing industrial park.