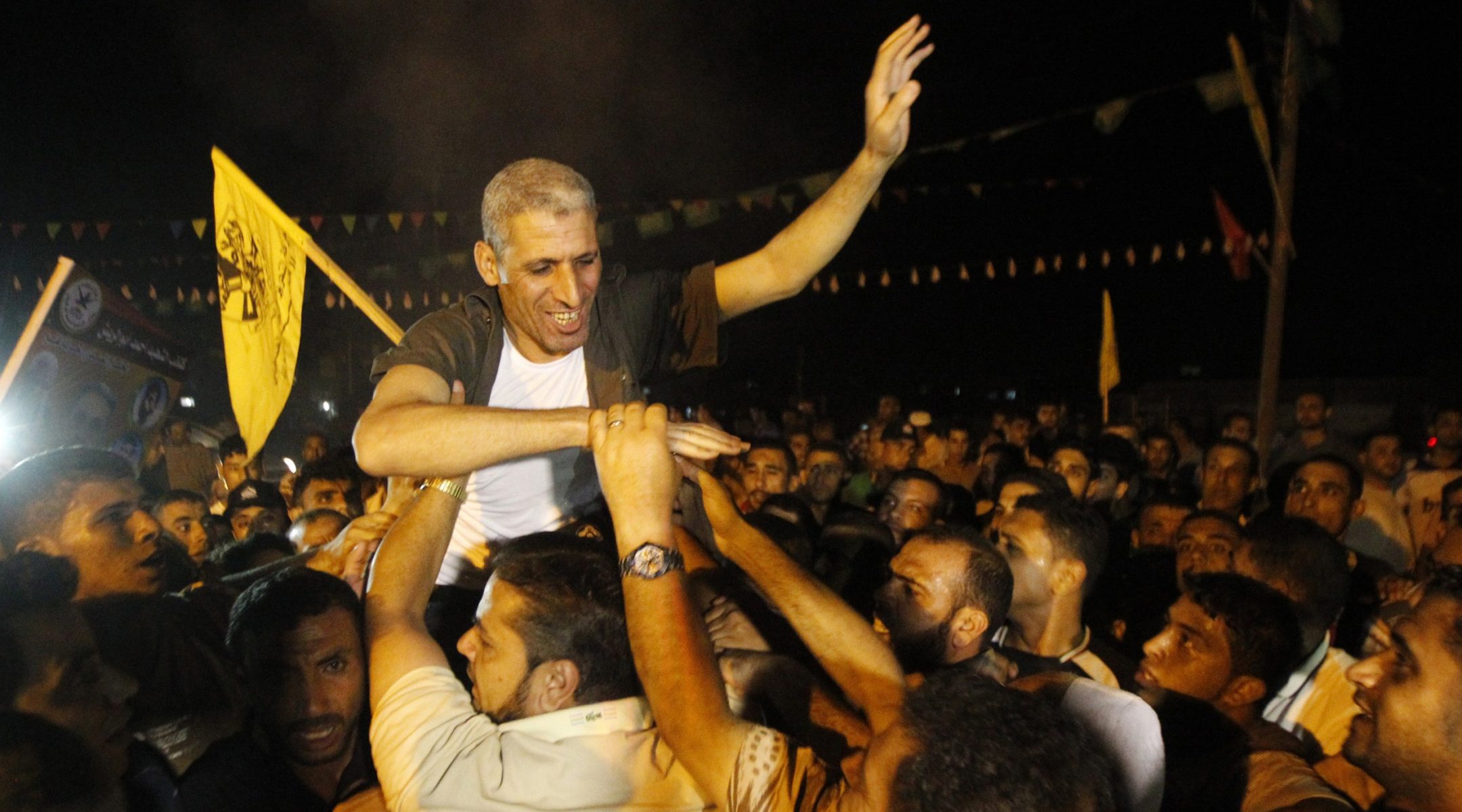 JTA BRIEF PHOTO: As prisoner release begins, rockets fired at Israel Freed Palestinian prisoner Ateya Abu Moussa, who was held by Israel for 20 years, is greeted by his relatives and friends upon arrival at his family's house in Khan Younis in the southern Gaza Strip, Aug. 14, 2013. (Abed Rahim Khatib / Flash 90/JTA)
Advertisement

JERUSALEM (JTA) — Israel’s Knesset passed a law that would prevent prisoners from being released in swaps or for other diplomatic reasons.

Under the measure, which passed its final readings on Monday, murderers could be sentenced to at least 40 years without parole, The Jerusalem Post reported.

The president could not pardon criminals in cases such as terrorist attacks, nationalistic murderers or the killing of a child. A judge would have to approve such pardons.

It does not apply to current prisoners, only for future rulings.

“This is the beginning of a return to Israeli security policy sanity on the topic of releasing terrorists,” Naftali Bennett, head of the Jewish Home party, said in a Facebook post.

“For years, we were told there is nothing you can do; Israel releases terrorists, just the way that it is. No more. It is over.”