One dead, more than a dozen injured in Jerusalem car attack 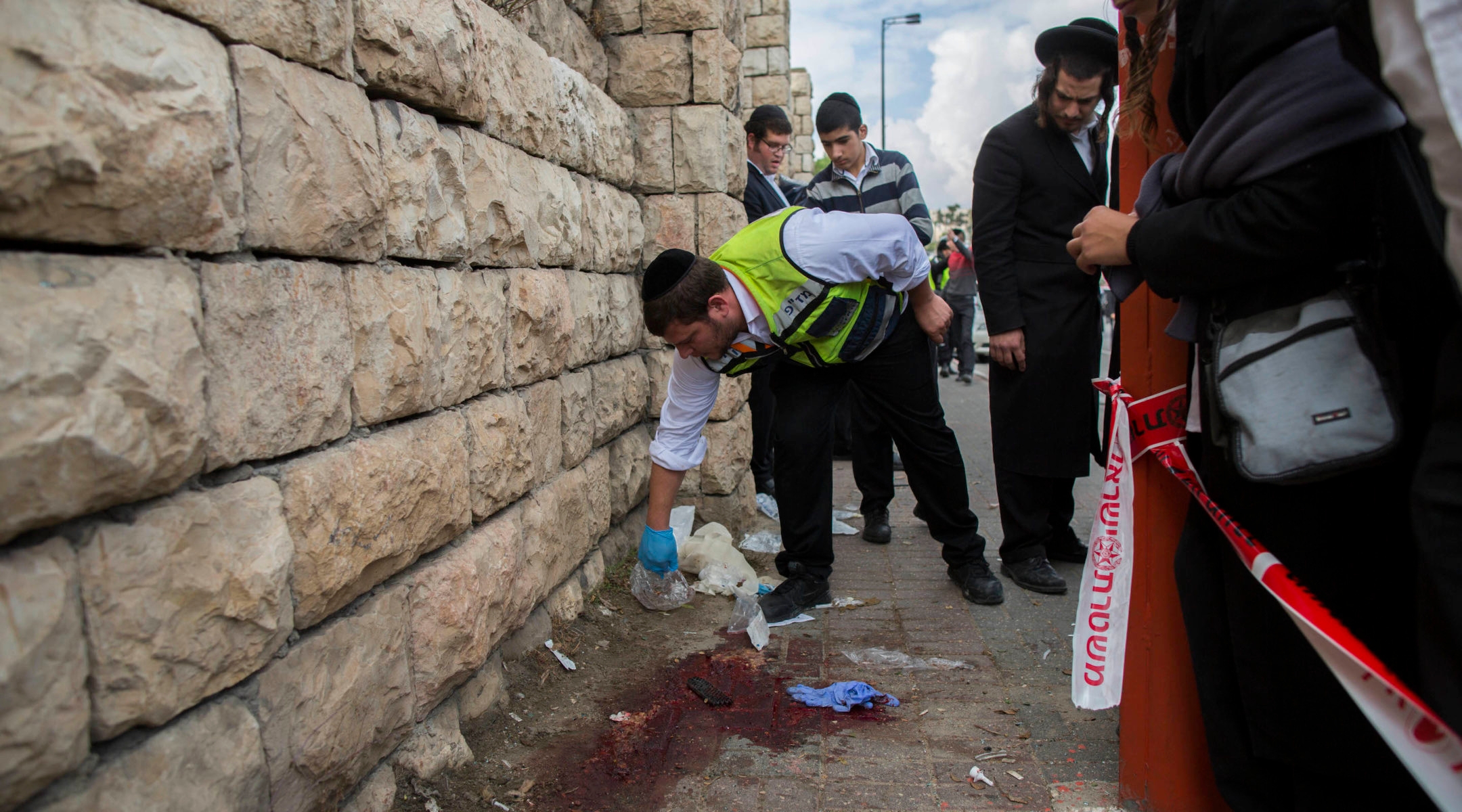 Israeli security personnel at the site where an Arab man from the east Jerusalem neighborhood of Shuafat drove his car into a crowd of people waiting by the Shimon ha Tzadik light rail station in Jerusalem injuring at least eight people, and killing one bystander, Nov. 5, 2014. (Yonatan Sindel/FLASH90)
Advertisement

JERUSALEM (JTA) — One person was killed and more than a dozen people were injured by a car that drove into a light rail station and onto the sidewalk in Jerusalem.

The Wednesday afternoon incident — the second attack of its kind in two weeks — is being called a terror attack.

Two of the injured are in critical condition in Jerusalem hospitals.

The dead man was identified as Israel Border Police officer Jidan Assad, 38, from the Druze village of Beit Jaan.

“It is a difficult day for Jerusalem,” the city’s mayor, Nir Barkat, said at the scene. “The situation is not easy.”

The driver, identified as Ibrahim Akkari, a Hamas activist from eastern Jerusalem, left his car carrying a metal bar and began attacking police, who shot and killed him.

John Kerry, the U.S. secretary of state, deplored the attack at an appearance in Washington with Nasser Judeh, the Jordanian foreign minister. He called it a “terrorist act” and an “atrocity.”

“It only makes matters worse,” Kerry said. “It only raises tensions.”

Judeh did not explicitly mention the attack, instead calling for a stop to “unilateral actions.”

“The only way that we can prevent these unilateral measures from continuing to take place is to have a comprehensive settlement of the Arab-Israeli conflict, at the core of which is the Palestinian-Israeli,” he said.

Akkari had steered his car into a crowd of people waiting at a bus stop and then crashed into a light rail station, both on the border between western and eastern Jerusalem.

In a news conference at the scene about an hour after the midday attack, Israel’s minister of internal security, Yitzhak Aharonovich, said he recommended to Prime Minister Benjamin Netanyahu to destroy the homes of such attackers.

A Hamas spokesman reportedly praised attack, calling it an act of revenge “for Al-Aksa and for the blood of those who guard Al-Aksa.”

The Al-Aksa Mosque on the Temple Mount has been the scene of rioting and unrest in recent weeks, including on Wednesday.

Hours after the attack, Netanyahu said it was the “direct consequence of Abbas’ incitement and that of his Hamas partners.” He made the remark at the official state memorial for slain Prime Minister Yitzhak Rabin on Mount Herzl.

Israeli President Reuven Rivlin tweeted, “There can be no forgiveness for those who turn cars into weapons to attack innocent people.”

On Oct. 22, a Palestinian driver plowed into a crowd of people at a light rail station on Ammunition Hill in northern Jerusalem, killing a 3-month-old dual American-Israeli citizen and a tourist from Ecuador.