Arab-Israelis riot to protest killing of resident by Israel Police 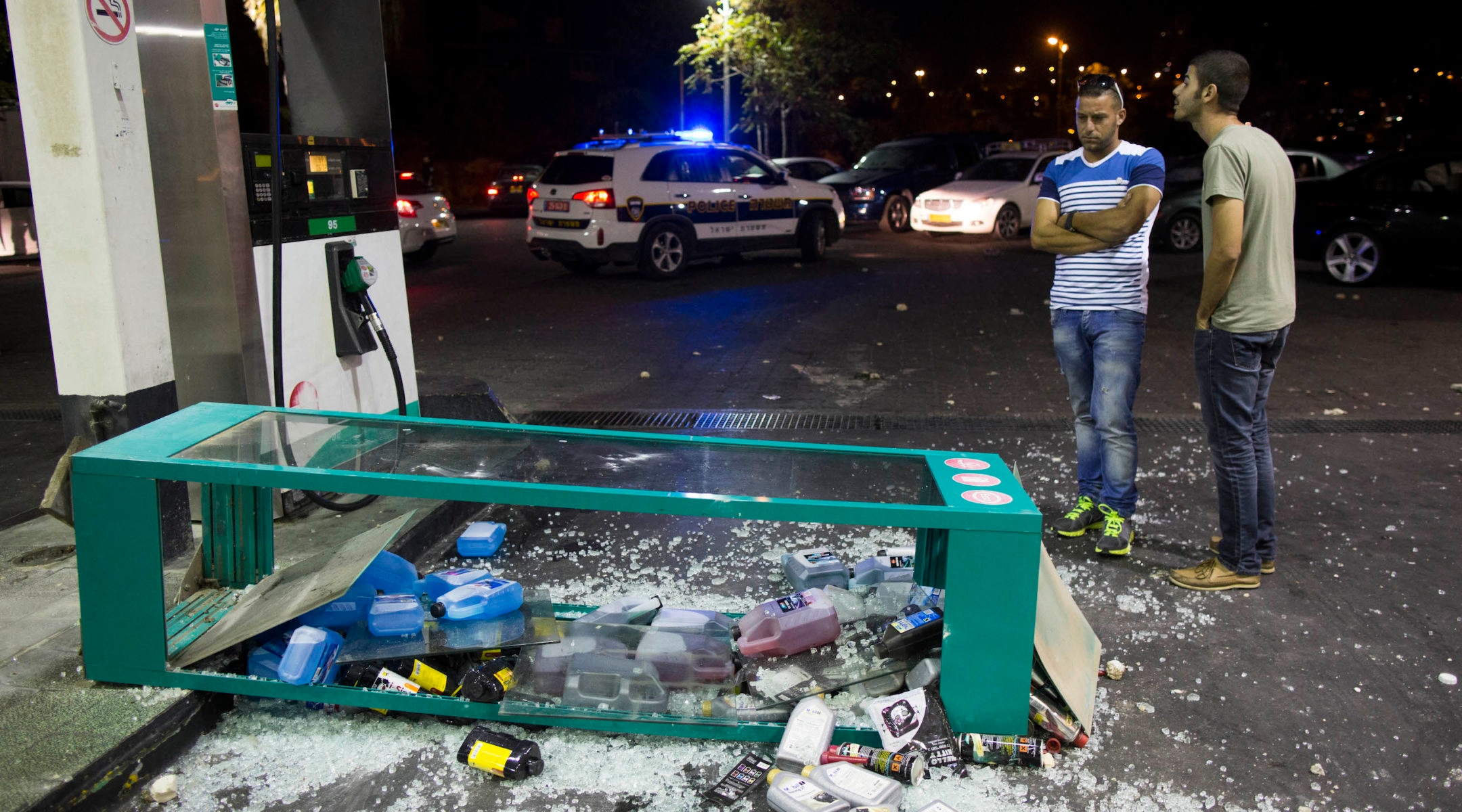 JERUSALEM (JTA) — At least 20 Arab-Israelis were arrested during riots in the Arab-Israeli town of Kfar Kana in the aftermath of the fatal shooting of a resident by Israel Police.

On Sunday, the Arab-Israeli community declared a nationwide strike to protest the killing Friday night of Kheir Hamdan, 22. Riots were taking place in other Arab-Israeli cities.

In the face of the riots, Prime Minister Benjamin Netanyahu threatened to strip the citizenship of those who call for the destruction of the State of Israel.

Police shot Hamdan after he brandished a knife and slammed his fist on the windows of a police van in Kfar Kana after a relative was arrested for using a stun grenade. Police in the northern Israeli town said they feared they were in danger.

A surveillance video released the following day shows Hamdan walking away from the police van when he was shot.

Israel’s Justice Ministry said in a statement released Saturday night that the Police Internal Investigations Department at the State Attorney’s Office — a civil, independent investigations unit — is looking into the incident. The Israel Police also have launched an investigation, according to reports.

Netanyahu said at the beginning of the weekly Cabinet meeting Sunday that Israel will not tolerate riots.

“We will take determined action against those who throw stones, firebombs and fireworks, and block roads, and against demonstrations that call for our destruction,” he said. “We are not prepared to tolerate more demonstrations in the heart of our cities in which Hamas or ISIS flags are waved and calls are made to redeem Palestine with blood and fire, calling in effect for the destruction of the State of Israel.

“I have instructed the interior minister to use all means, including evaluating the possibility of revoking the citizenship of those who call for the destruction of the State of Israel.”

Hamdan’s father, Rauf, told reporters, “Whoever did this act is not human. The incident will not only interest residents of Kfar Kana, but all of Palestine.”

The mayor of Kfar Kana called the shooting “murder in cold blood.” Arab-Israeli lawmaker Ahmad Tibi in a tweet called the incident “a mafia-style execution.”