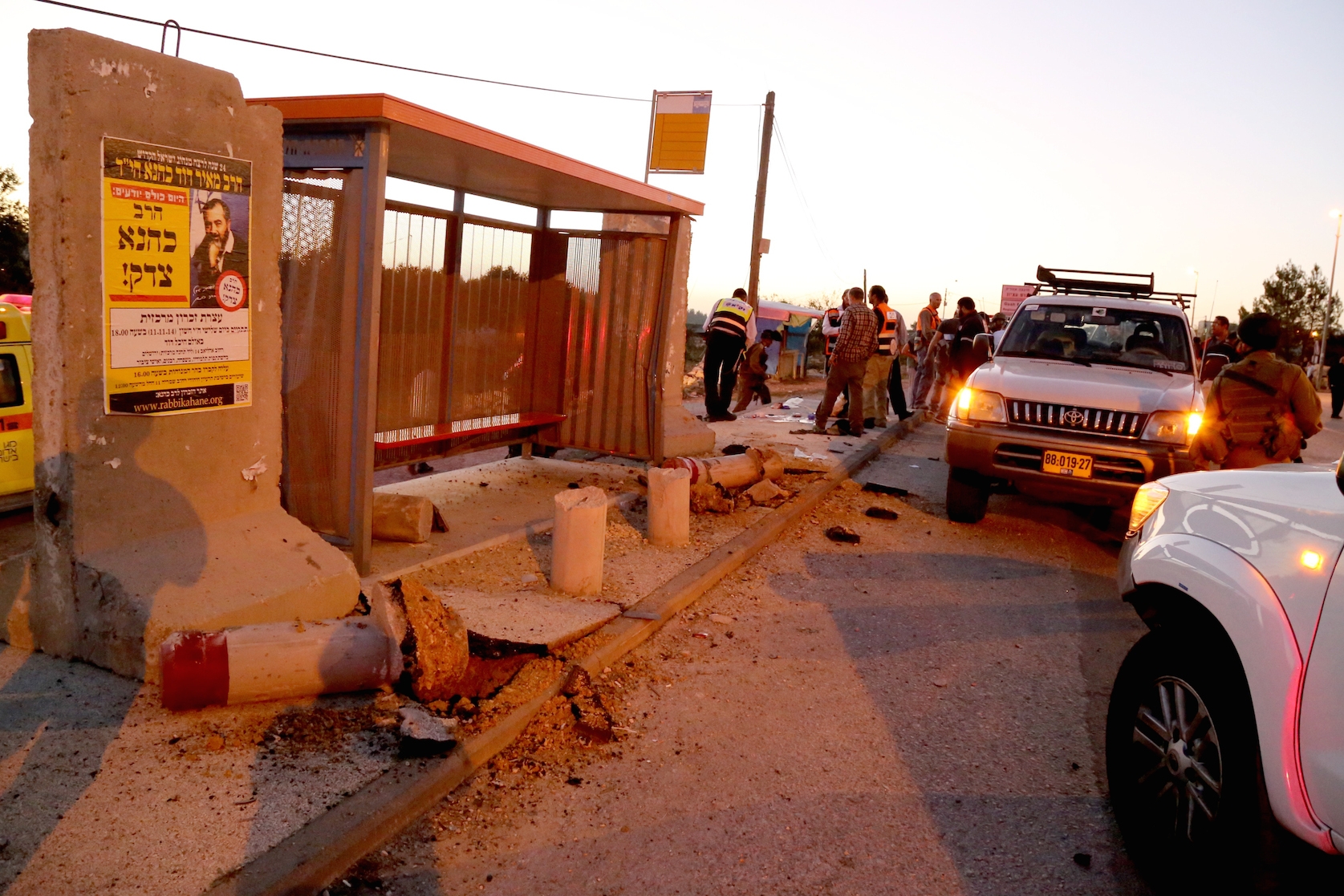 Israeli security and rescue personnel at the site where a young Jewish woman was killed and two people were injured in a stabbing attack at a bus stop at the entrance to the West Bank settlement of Alon Shvut, Nov. 10, 2014. (Gershon Elinson/Flash90)
Advertisement

JERUSALEM (JTA) — A young woman was killed and two others were injured in a stabbing attack in the West Bank.

The Monday evening attack occurred at the Alon Shvut junction in the Gush Etzion bloc of settlements, where the three Israelis were waiting for rides.

The dead woman was identified as Dalia Lemkos from the West Bank settlement of Tekoa. The others suffered light stab wounds.

Lemkos, who was in her mid-20s, reportedly also was stabbed in a terror attack in Gush Etzion in 2006.

The assailant, who reportedly pulled up in his car and stabbed the victims, was shot by a guard at the entrance to the Alon Shvut settlement. He was being treated in a Jerusalem hospital.

He has been identified as Maher Hamdi Hashalamun, 30, of Hebron. He reportedly is affiliated with the terror organization Palestinian Islamic Jihad.

The attack took place in the same junction from where three Israeli teenagers were kidnapped in June. The teens were found dead nearly three weeks later near Hebron.

Several hours before the stabbings, a Palestinian man allegedly stabbed an Israeli soldier outside a Tel Aviv train station. The soldier later died in a Tel Aviv hospital. The assailant was apprehended.