(JTA) — A conservative national Japanese newspaper apologized for publishing an advertisement for books by an author who claimed that the Jews were behind the March 2011 earthquake and tsunami that killed 18,000.

The apology for the ad featuring Richard Koshimizu was published Saturday in the Sankei Shimbun newspaper by its president, Takamitsu Kumasaka. It followed a letter of protest from the Los Angeles-based Simon Wiesenthal Center, The Wall Street Journal reported.

“It is extremely regrettable that such disreputable content was published and was delivered to our readers,” Kumasaka said in a statement about an ad that appeared in the Nov. 26 edition of Sankei Shimbun. “I deeply apologize to our readers and to every member of the Jewish community.”

Koshimizu also blames the Jews for the 9/11 terror attack on the World Trade Center, claims the Holocaust was a myth designed to establish the State of Israel and says that Japanese Prime Minister Shinzo Abe’s government elected in 2012 was part of a Jewish plan for global domination. 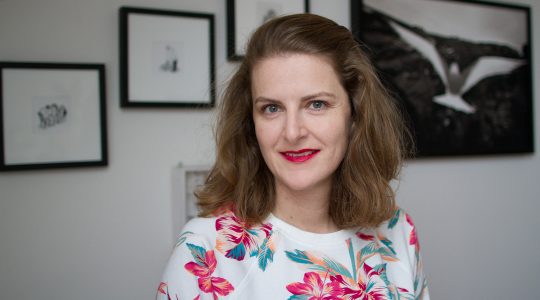