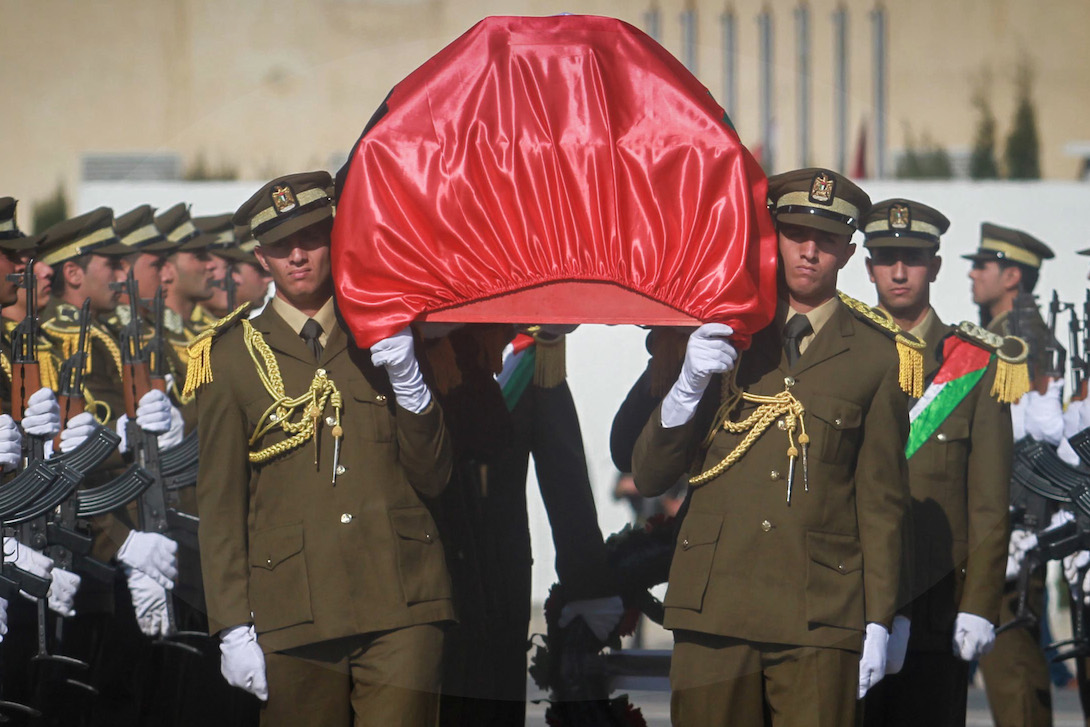 Here’s what we know: Israel Defense Forces soldiers grabbed Palestinian Authority minister Ziad Abu Ein during a scuffle at a West Bank protest and tear-gassed him. He died en route to treatment at a Ramallah hospital.

Abu Ein, the P.A.’s minister in charge of opposition to Israel’s West Bank settlements and security barrier, was participating in a protest Wednesday near Ramallah against Adei Ad, an Israeli outpost. The protest escalated into an altercation with Israeli troops, who then grabbed and tear-gassed Abu Ein.

Everything else is up for dispute, from what happened at the protest (was Abu Ein hit by a rifle butt?) to how he died to who is responsible. Israeli, Palestinian and Jordanian doctors present at Abu Ein’s autopsy disagreed on the cause of death.

The Israeli doctors, noting the minister’s high blood pressure and poor health, say he died of a heart attack caused by stress. They say that his being grabbed by the neck accelerated the heart failure. But Palestinian doctors say he died from inhaling tear gas, from being struck at the protest and from a delay in getting medical attention.

This much is clear: Both sides agree that Abu Ein died as a result of the altercation with the IDF. They just disagree on whether the IDF is responsible. And that disagreement has caused an escalating crisis between Israel and the P.A. that threatens to ignite the territory.

Per the Israeli doctors, an unhealthy man with a heart condition entered a stressful situation, which led to a coronary. Per the Palestinian doctors, Israeli soldiers killed a man by shoving and choking him.

It’s not the first time Palestinian and Israeli doctors have disagreed over the cause of a Palestinian’s death. After a Palestinian bus driver was found hanged in his bus last month, a Palestinian doctor said signs on his body indicated he was murdered. But an Israeli autopsy ruled out murder and determined the death was a sucide.

Like so many other disputed incidents in the Israeli-Palestinian conflict, Abu Ein’s death hangs not only on the technical details of the case but on larger questions of narrative: How does Israel treat the Palestinians? What’s its goal in using force? What counts as legitimate Palestinian resistance?

These are the questions that have dogged the conflict from its start. They show up after terror attacks. They’re present during Israeli military operations. They surround West Bank demonstrations and course through the articles and books written about them.

They also affect what comes next. Reacting to the unfortunate death by heart attack of a Palestinian minister at a protest, Israeli Defense Minister Moshe Ya’alon “express[ed] sorrow” while Prime Minister Benjamin Netanyahu “pointed to the need to calm the situation and act responsibly.”

Reacting to the IDF’s “complete responsibility for the murder of Ziad Abu Ein,” Palestinian official Saeb Erekat said that the P.A. would halt all security coordination with Israel in the West Bank. The coordination, which intensified in 2007, has helped stifle Hamas operations in the West Bank and has prevented terror attacks.

Now, with those questions unanswered, we’re left with one more: What happens now?