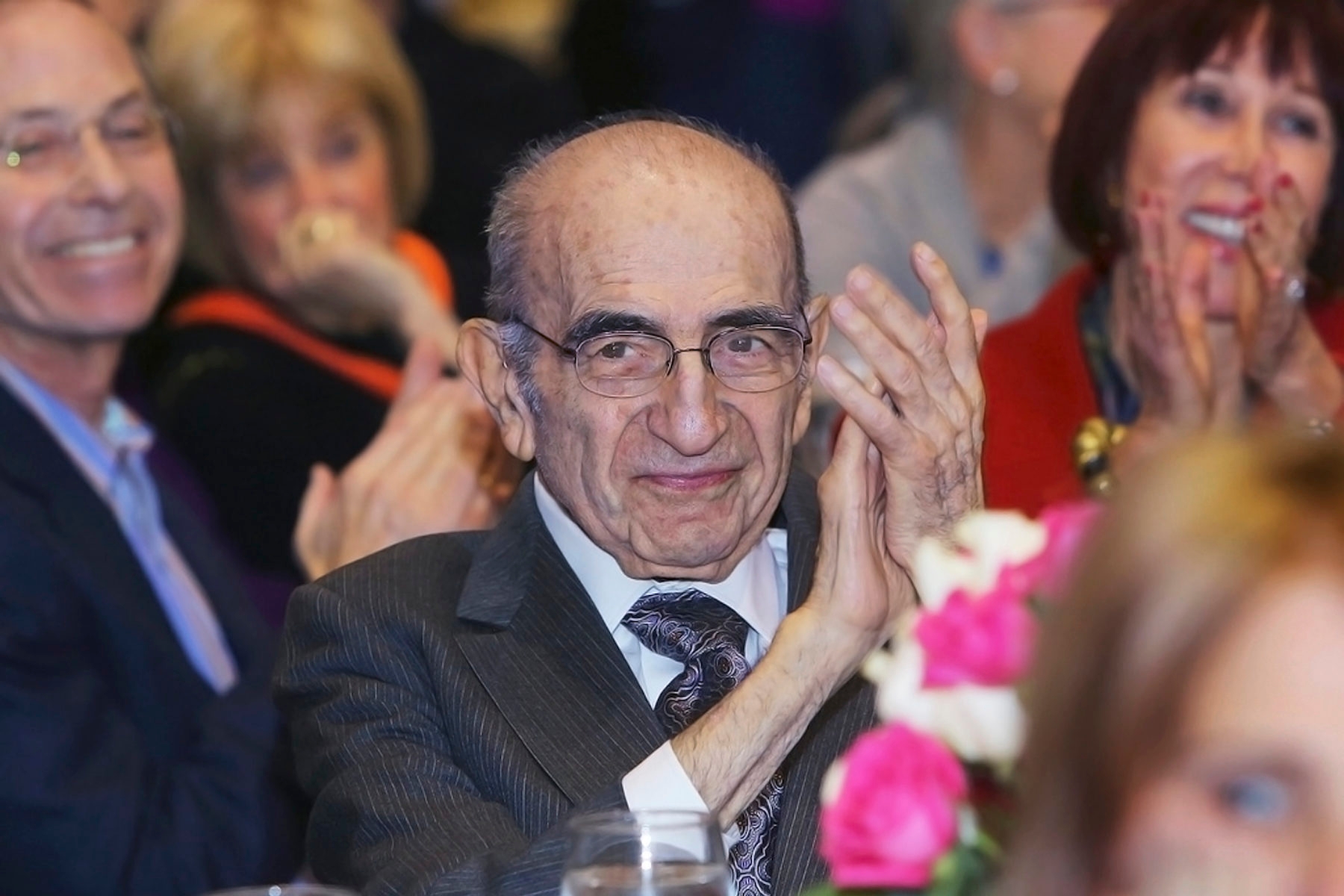 LOS ANGELES (JTA) — As a pathbreaking thinker, innovator and activist, Rabbi Harold Schulweis’ role extended far beyond his base as the spiritual leader of his Los Angeles-area congregation.

“Harold Schulweis was widely regarded as the most successful and influential synagogue leader in his generation, a public intellectual who redefined what it is to be a Jew, an author and passionate orator who met injustices and suffering with action,” said Rabbi Edward Feinstein, his friend and colleague at Valley Beth Shalom, a Conservative synagogue in Encino.

Schulweis died Thursday morning following a long struggle with heart disease. He was 89.

Rabbi Julie Schonfeld, the executive vice president of the Conservative movement’s Rabbinical Assembly, said in a statement that Schulweis’ “vast knowledge of Jewish Tradition, combined with his tremendous passion and his palpable gift of empathy, made him a force for American Jewry to reckon with.”

Schulweis fueled a series of innovations, first at Temple Beth Abraham in Oakland and then at Valley Beth Shalom, which he led for nearly 45 years. His pioneering initiatives included establishing “chavurot” whose members formed small groups within the larger congregation for closer personal connections,  a model of lay-clergy cooperation, and a counseling center for congregants and the community.

He opened the synagogue doors to all by actively including children and young adults with disabilities, Jews by choice and unchurched Christians, and by welcoming gay and lesbian Jews.

Together with the late activist Leonard Fein, who died earlier this year, Schulweis founded MAZON, a Jewish Response to Hunger, to help alleviate hunger and poverty in America.

In the 1960s he established the Institute for Righteous Acts, now the Jewish Foundation for the Righteous, to recognize the thousands of men and women, predominantly Christians, who aided and rescued Jews during the Holocaust, often risking their own lives.

The creation of the institute and foundation offered an insight into Schulweis’ modus operandi.

Years earlier he had met a young Jewish academic whose family had been saved by German Christians. On inquiry, he learned that these Christians and numerous other rescuers, many now impoverished, had never been recognized or aided by the Jewish community. In response, he founded an organization to help the otherwise forgotten rescuers in practical and concrete ways.

A decade ago Schulweis initiated the Jewish World Watch to fight contemporary genocides and mass atrocities.

He enlisted as co-founder one of his congregants, attorney Janice Kamenir-Resnik, to assume the leadership of the fledgling effort. Jewish World Watch has grown into the largest anti-genocide grassroots organization in the world, with some 30,000 to 40,000 donors.

Kamenir-Resnik recalls the quandary posed by Schulweis when he phoned her in 2004: “We always ask, where were the gentiles when Hitler killed 6 million Jews? … What will you say to your grandchildren when they ask what you did during the genocide in Rwanda.”

The call from Schulweis, and her friendship with him, “has transformed my life and has changed my philosophy of what it means to be a Jew,” she said. “Nothing I have done in my life has been more meaningful and has had a larger impact.”

As a religious thinker, Schulweis developed the concept of “theological humanism” as a middle ground between traditional beliefs in, or denial of, God’s omnipotence.

Schulweis was born in the Bronx borough of New York City, the son of a ferociously anti-religious editor of the Yiddish daily Forverts and grandson, on his mother’s side, of Rabbi Avraham Resak, a Hasidic Jew who gave the youngster his first Talmud lessons.

His more formal education continued in New York at Yeshiva University, the Jewish Theological Seminary (where he met his future wife, Malkah) and New York University.

In the hours after his death, prominent members of the Los Angeles Jewish community spoke of their deep sense of loss.

Rabbi Uri Herscher, founding president and CEO of the Skirball Cultural Center, said he once introduced Schulweis to an audience, saying in part, “Harold Schulweis is a rabbi. This is a little like saying a Rembrandt is a painting. Or a Stradivarius is a violin.

Schulweis, Herscher said, “is a rabbi of rabbis. … He has, as much as any rabbi in our time, given Judaism meaning, relevance and renewed purpose.”

Gerald Bubis, a scholar and peace activist who knew Schulweis for over six decades, observed that Schulweis could spin out an idea and, “through a process of osmotic absorption,” rabbis and laymen not only accepted the idea, but implemented it in their synagogues and institutions.

Bubis said Schulweis turned down many prestigious positions, notably president of the Jewish Theological Seminary, a major academic and spiritual center of Conservative Judaism in America.

“Harold wanted to be in a setting where he would have an immediate impact,” Bubis said of the rejections.

Schulweis wrote nine books and hundreds of articles. More than 750 audio, video and document copies of his writings, sermons and teachings can be accessed at the Schulweis Institute Library Online.

He is survived by Malkah, his wife of 64 years; three children, Seth Schulweis and Alyssa (Peter) Reich, both of West Los Angeles, and Ethan (Cindy) Schulweis of Beit Hashita, Israel; and 11 grandchildren.