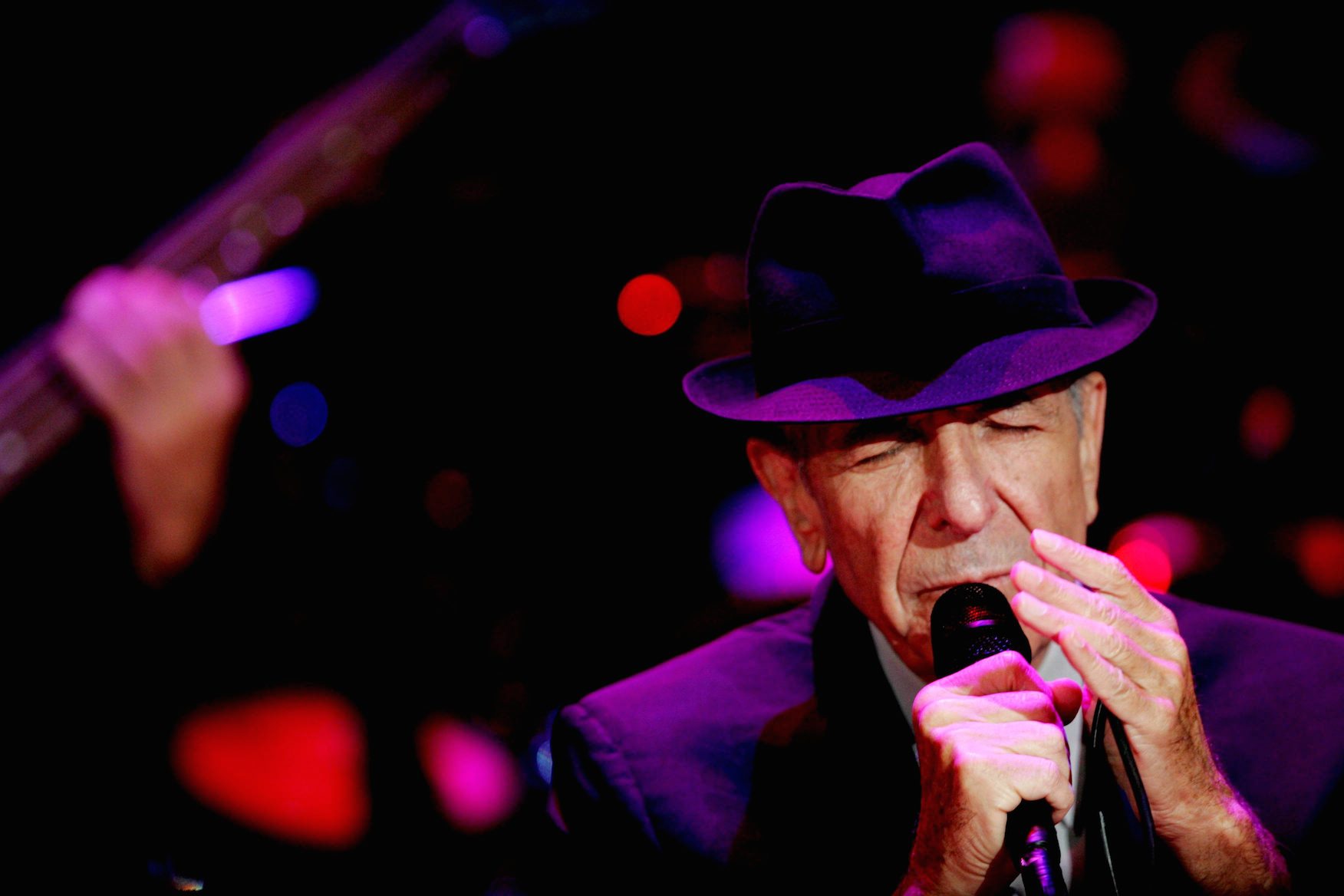 The YouTube entry is headlined, “A Christmas Version of Leonard Cohen’s ‘Hallelujah’ That Will Give You Chills!”

To some, the video is giving conniptions.

“Hallelujah,” one of the Canadian-Jewish songwriter/singer’s most popular compositions, was penned in 1984 and quickly zoomed past fan-favorite territory to iconic. Plenty of crooners have recorded it, notably John Cale, Jeff Buckley and Rufus Wainwright – to say nothing of its striking gold in the animated film “Shrek” and its soundtrack album.

Among the latest to record “Hallelujah” is Cloverton, a Kansas-based band that performs Christian music. Last year, it rewrote the lyrics and released its own music video, which it titled “A Hallelujah Christmas.” Three weeks ago, a Cloverton fan in Iraq, Fadi Waleed, reposted it, with the “give you chills” headline.

I stumbled across the Cloverton version earlier this month after going on YouTube in search of Cohen performing “Hallelujah.” Waleed’s headlined post popped up at the top of the search results. Intriguing, to be sure.

“I’ve heard about this baby boy/Who’s come to Earth to bring us joy/And I just want to sing this song to you,” vocalist Lance Stafford begins as he plays an upright piano before an audience of casually dressed people sitting in a homey-looking coffee shop.

The opening penned by Cohen, a Montreal native who’s now 80, goes: “Now I’ve heard there was a secret chord/That David played, and it pleased the Lord/But you don’t really care for music, do you?”

King David is clearly not the “baby boy” inspiring Cloverton. The band’s revision relates the legend of Jesus’ birth, with lyrics mentioning Bethlehem, the inn, hay, the manger where “God’s only son was born,” the shepherd, angels, a star, three wise men, frankincense and myrrh.

The video has sparked a debate playing out in YouTube’s comments section – 664 comments (and 602,340 views) as of Tuesday morning. Most responses have been respectful, evincing musical appreciation rather than religious acrimony. Pro: It’s a lovely rendition. Con: Maybe so, but it seems to betray the intent of Cohen, who had invoked the Bible’s King David and Samson, not Christianity’s central figure. Pro: Music is always being adapted. Con: Did Cloverton pay a fee or even approach Cohen for permission?

Viewer Rocky Larson wrote: “I would like to thank these young men for one of the most touching and powerful Christmas gifts I’ve ever received.”

Penny Howard: “I don’t know how [Cohen] feels about the song being rewritten to promote the beliefs of another religion. [Cloverton’s version is] outright theft, and offensive to a lot of people.”

Another commenter maintained, perhaps even with a straight face, that “This song is not religious.”

Reached Monday, Stafford told JTA he didn’t know of Waleed’s posting, but that the subsequent debate is something with which he is familiar.

In 2013, he said, Cloverton obtained permission from Sony Columbia, the record company for Cohen, to post its version and, later, for radio stations to play it. The recording was produced “as a gift to our fans,” he said, not to earn money.

It went viral, and Sony withdrew permission and instructed Cloverton to take down the video, which the band did, Stafford said.

The four bandmates are “scratching our heads,” he said, because Sony and Cohen’s management team are each referring him to the other regarding new requests for permission.

As to the debate over the religious content, “no disrespect to Leonard Cohen” was meant, Stafford said.

“When we rewrote the lyrics, I had no idea Leonard Cohen was Jewish. The song was written by a Jewish man, but it’s not a Jewish song, I would say. If it were, it would have been more obvious not to touch it. We didn’t perceive it as a song celebrating Jewish culture or written for Jewish people.”

He added: “I would be heartbroken to know if Leonard Cohen heard the song and felt it was an assault on his Jewish heritage, because that was not our intention.”

Watch below and decide for yourself: