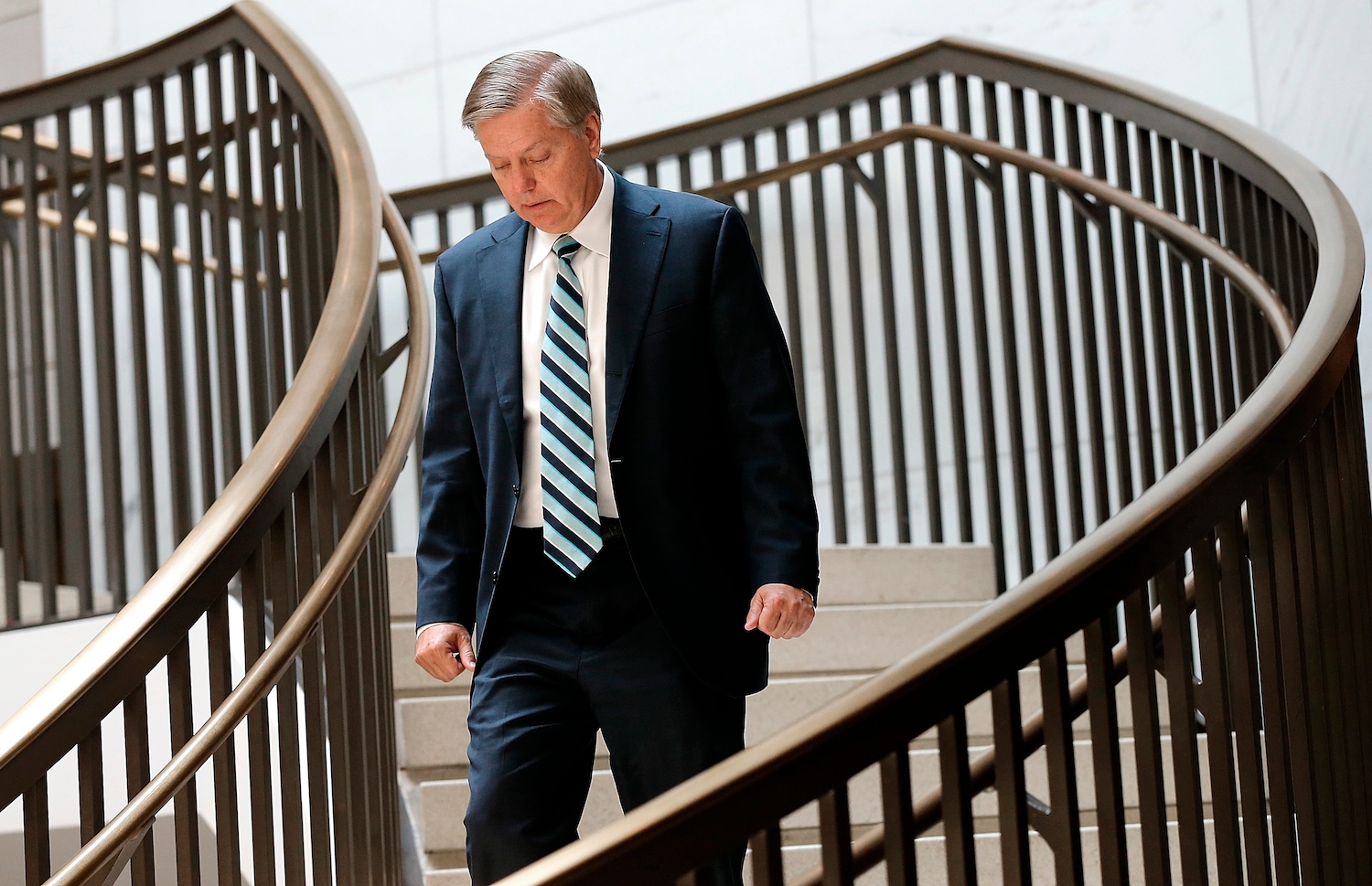 JERUSALEM (JTA) — U.S. Sen. Lindsey Graham said in Jerusalem that the Senate will vote on an Iran sanctions bill next month.

Graham (R-S.C.), who is expected to take over as chairman of the Foreign Appropriations Subcommittee when the Republicans assume control of the Senate in January, met with Prime Minister Benjamin Netanyahu in the Israeli capital on Saturday night.

Graham told Netanyahu that “the Congress will follow your lead” and will want to have a say about any final deal.

U.S. sanctions currently in place target Iran’s energy and banking sectors, as well as any trade that might benefit its nuclear enterprise. Some sanctions have been rolled back, allowing Iran to retrieve about $5 billion of the $100 billion per year that the penalties cost its economy, according to U.S. estimates.

Netanyahu in his meeting with Graham also stressed the Iranian threat, noting that Iran on Saturday conducted an exercise with a suicide drone. He said more and stronger sanctions were required.

“And I welcome your leadership in this effort,” Netanyahu said.

Graham also discussed the possibility of cutting off U.S. funding for the United Nations if the Security Council passes a pending Palestinian state resolution.

“Any effort by the French, the Jordanians or anyone to avoid direct negotiations between the Israelis and the Palestinians over the peace process, anyone who tries to take this to the U.N. Security Council, there will be a violent backlash by the Congress that could include suspending funding to the United Nations,” Graham said. “We will not sit back and allow the United Nations to take over the peace process.”