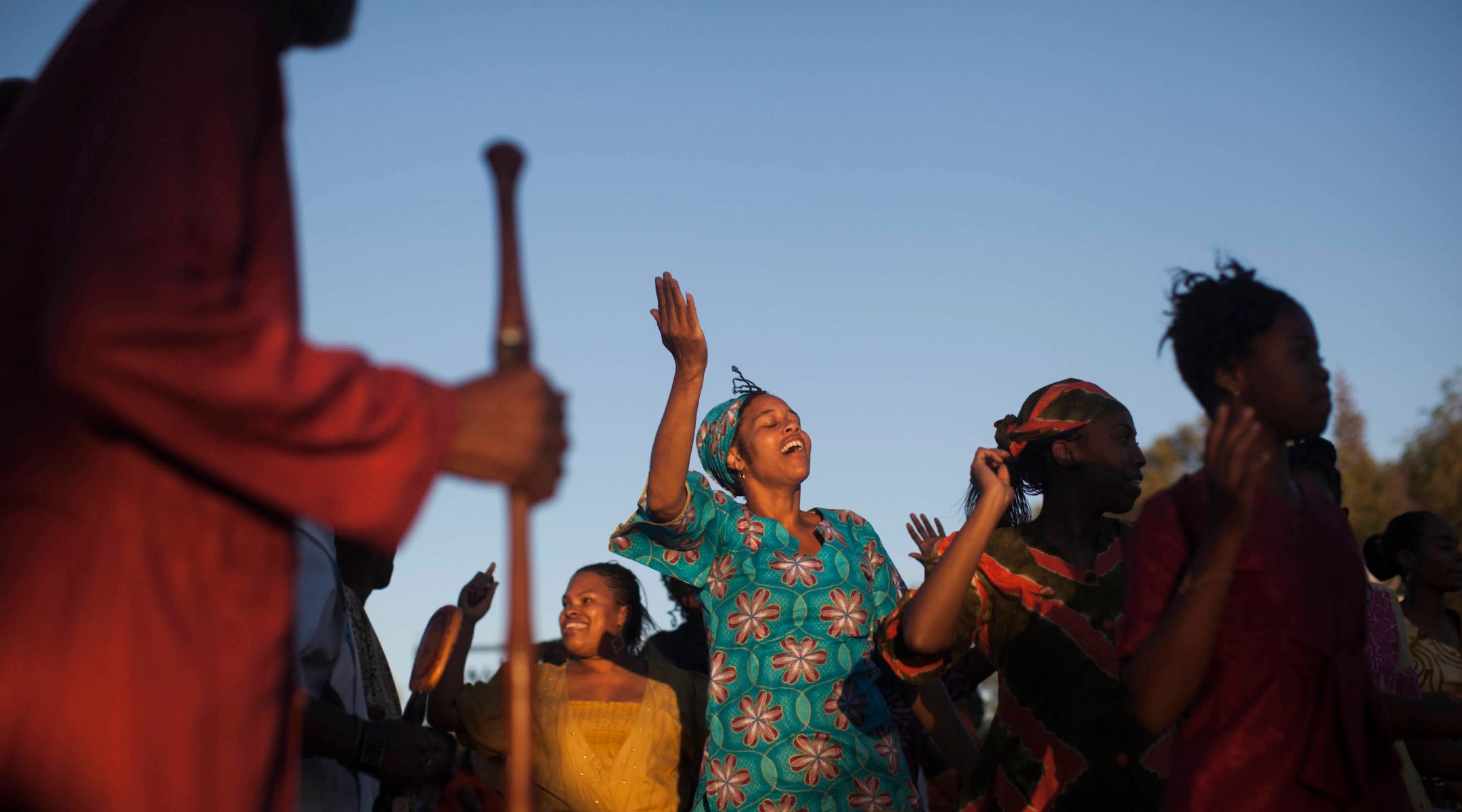 (JTA) — The spiritual leader of the African Hebrew Israelites, a group of African-Americans living in Israel who believed they were descendants of the biblical tribe of Judah, has died.

Ben Ammi Ben-Israel, born Ben Carter in Chicago, died Saturday in the Negev town of Dimona, The Associated Press reported. He was 75; the cause of death was not announced.

Ben-Israel believed that some African-Americans were descended from the Judah tribe who migrated to West Africa and were sold as slaves in the United States. In 1966, he and a few hundred followers settled in Liberia before moving three years later to Dimona, in southern Israel.

“While obviously deeply saddened at the loss of our Holy Father’s physical presence, we are nevertheless emboldened in knowing that his spirit truly lives in each and every one of us,” group spokesman Ahmadiel Ben Yehuda said in a statement.

Before forming the movement, Ben-Israel dropped out of high school and joined the U.S. Army. He also worked as a metallurgist. In 1966, he claimed that the angel Gabriel told him to “return to the Holy Land” by the way in which he came.

The Black Hebrews did not officially convert to Judaism and the Chief Rabbinate in Israel does not consider them Jewish, but they were granted permanent residency in Israel in 2003.

Ben-Israel is survived by four wives and over 20 children.