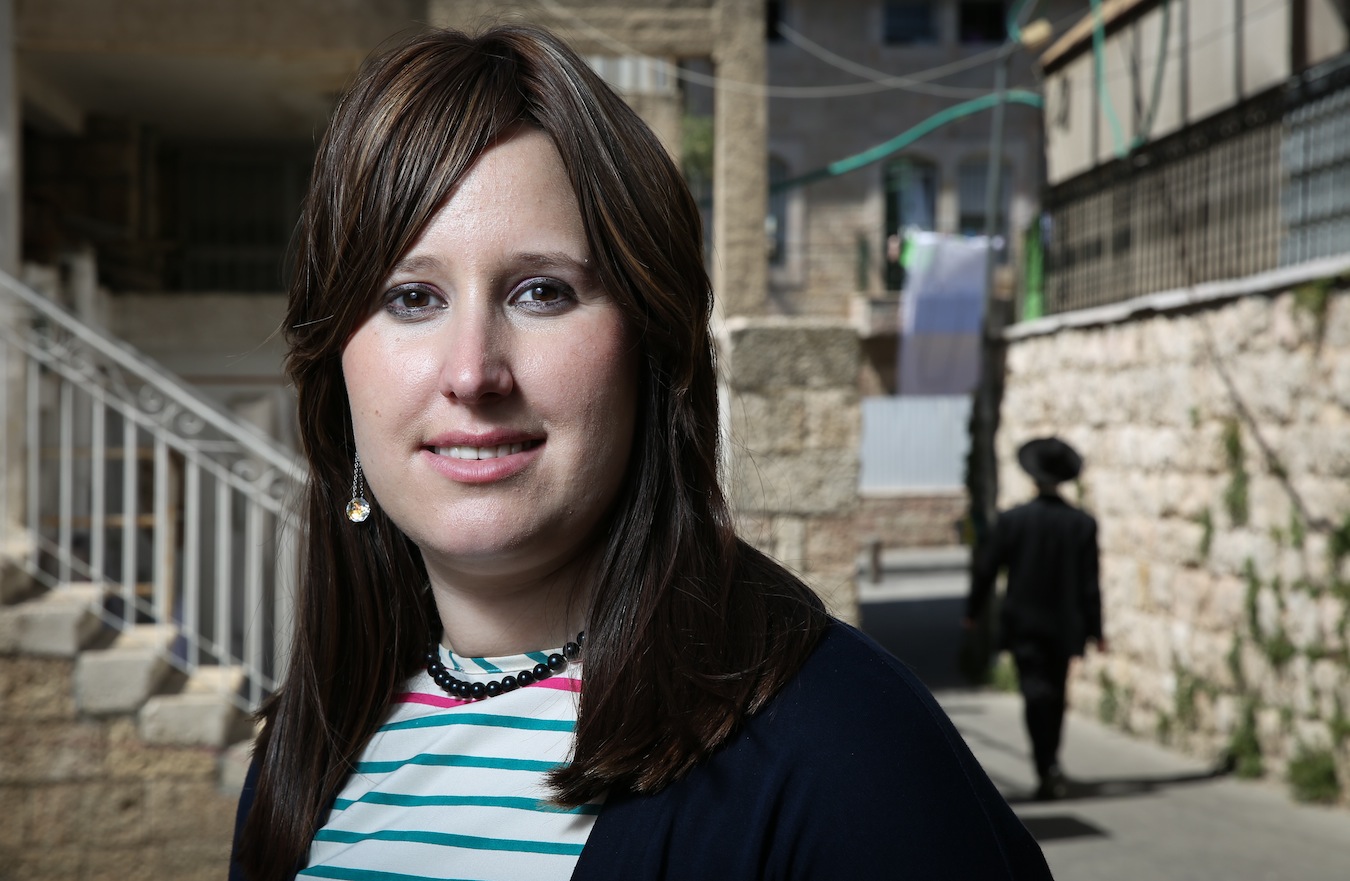 Racheli Ibenhoim is urging women to boycott haredi parties in 2015 Knesset elections unless they include female candidates. (Hadas Parush/Flash 90)
Advertisement

TEL AVIV (JTA) — Racheli Ibenboim acts as if she’s in a rush, repeatedly checking her phone before hurrying off to her next appointment exactly 30 minutes after the current one begins.

The way Ibenboim tells it, she’s not just trying to keep up with a tight schedule but with a rapidly changing world.

Two years ago, her campaign to include women in haredi political parties failed. But times may be changing. This year, the Hasidic mother’s effort has garnered national attention and 5,000 supporters on Facebook since it relaunched less than a month ago.

“During the last two years, haredi women have been in academia, have gotten employment, are getting senior positions,” said Ibenboim, 29. “We’ve had discussions on haredi women that have never happened before.”

In a campaign called “No female candidates, no female voters,” Ibenboim is urging haredi women to boycott Israel’s haredi parties, Shas and United Torah Judaism, in the March Knesset elections unless they include female lawmakers. Neither does so now.

The effort, which Ibenboim terms a “protest,” has received wide coverage — some of it critical — on haredi websites, newspapers and radio programs. But like many activists pushing for social change, Ibenboim sees it as a positive sign merely that people are talking.

“There’s a lot of support and a lot of concern, and there are a lot of people who are threatened by it,” Ibenboim said. “I think the protest has already succeeded in terms of [creating] a public discussion. There’s no haredi who doesn’t have an opinion about it.”

Ibenboim is a rare figure in the haredi community. Raised in the Ger Hasidic sect, Ibenboim grew up in a Hasidic enclave in central Tel Aviv, where she became familiar with secular Israel and was inspired by watching activists protest on Rothschild Boulevard.

After earning a degree in education, she became CEO of Meir Panim, one of Israel’s largest social service agencies, at age 23. Last year she resigned to work on behalf of haredi women’s rights.

“I took care of the poor and hungry in the state, but I forgot who I was,” she said. “There’s no doubt that there’s something called haredi feminism, and I understood that I needed to first take care of my own identity.”

Haredi women, Ibenboim says, could better advocate for services like employment counseling, health education or child subsidies from within the halls of Knesset. And haredi politicians have begun responding to her call. In December, the Shas party announced the formation of a women’s council that will compose bills and advise Shas lawmakers.

The party, however, has ruled out running female candidates in the upcoming elections.

“There’s a growing demand for haredi women to be more involved, to have more say,” Shas spokesman Yakov Betzalel said. “There are certain things only they know how to do.”

But some haredim feel the movement is unnecessary.

“We live in the same house,” Kravitz said. “We know what they need, what bothers them. Most haredi women don’t feel a need to be parliamentarians. We’re talking about very dirty work, and there are men that can do the work for them.”

Ibenboim and her supporters say it’s only a matter of time before women gain representation in haredi parties. Ruth Halperin-Kaddari, director of the Rackman International Center for the Advancement of the Status of Women at Bar-Ilan University, noted that haredim boycotted elections in prestate Zionist institutions because women were given the right to vote.

“There’s only so much you can hold back,” Halperin-Kaddari said. “Understanding the meaning of being the breadwinners, of being in charge of family finances, I think it was a question of time [as to when] this would translate into asking for more power in terms of the most basic democratic rights.”

Ibenboim concedes the battle won’t be won overnight but says the current state of affairs is unsustainable. As more haredim integrate into mainstream Israeli society, she says, parties that exclude women will become a burden to the entire political system.

“Israel as a whole is a democratic state,” she said. “If a party has a by-law to not have women elected, that’s a problem for democracy.”

Ibenboim is no stranger to political controversy. In 2013, she launched a campaign for Jerusalem City Council with the modern Orthodox Jewish Home party. But threats of excommunication led her to drop out just weeks after announcing her candidacy.

This time, Ibenboim says, she is undeterred.

“I already paid a price when I said what I was and what my agenda is,” she said. “I see myself as an activist. This is the mission I live for today.”