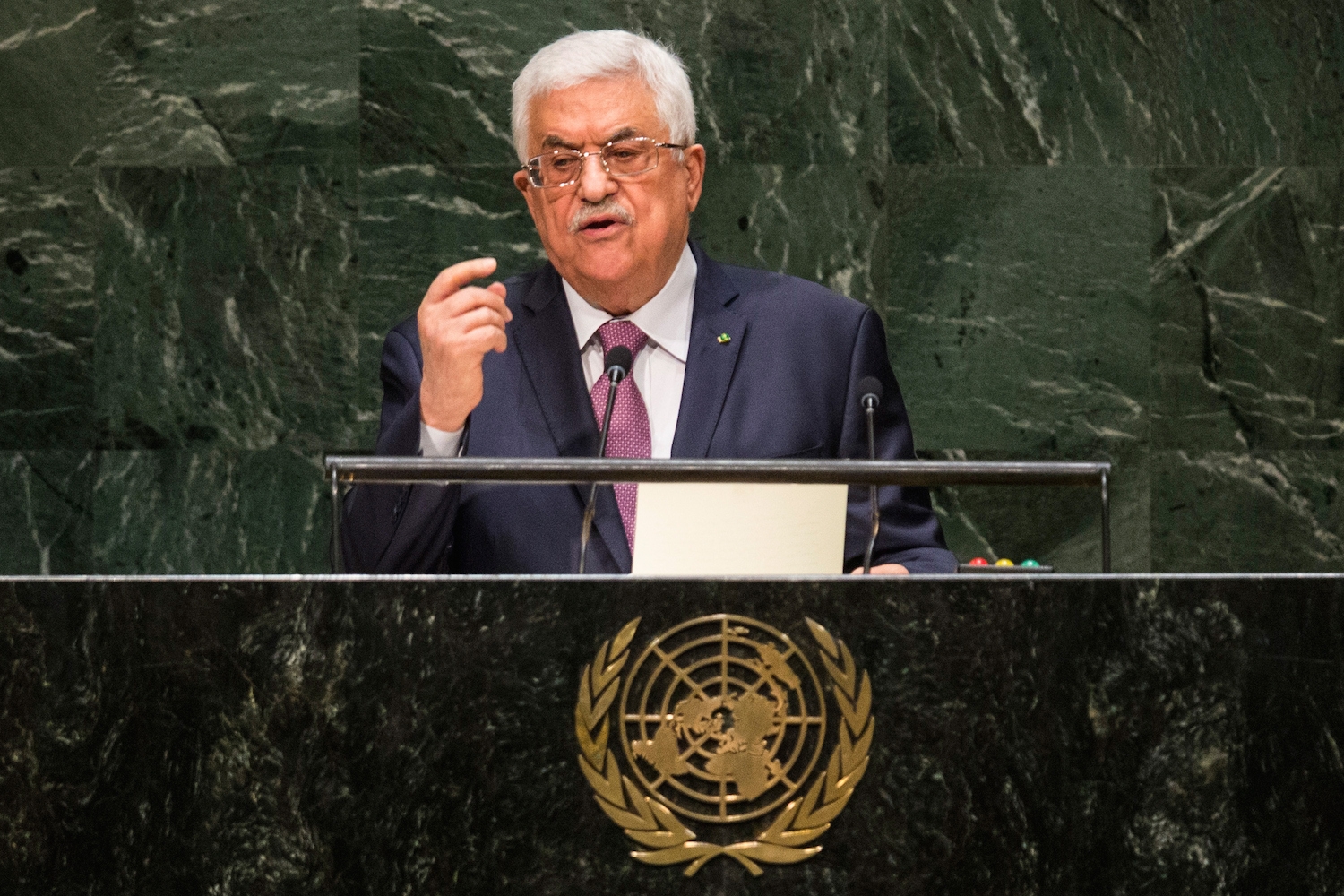 JERUSALEM (JTA) — Palestinian Authority President Mahmoud Abbas signed an international treaty that will allow the investigation of Israel for war crimes at the International Criminal Court.

On Wednesday, a day after the defeat of a Palestinian statehood resolution in the United Nations Security Council, Abbas reportedly signed the Rome Statute of the International Criminal Court, or ICC, as well as more than 20 other international treaties.

Abbas signed the treaties at an emergency meeting of the P.A. leadership in Ramallah that was called in the wake of the Security Council vote held on Tuesday, the Palestinian Maan news agency reported Wednesday evening.

“It is the Palestinian Authority – which is in a unity government with Hamas, an avowed terrorist organization that, like ISIS, perpetrates war crimes – that needs to be concerned about the International Criminal Court in the Hague,” he said in a statement issued by the Prime Minister’s Office. “We will rebuff this additional attempt to force diktat on us just like we rebuffed the Palestinian appeal to the UN Security Council.”

The Obama administration also expressed its dismay with the move.

“We are deeply troubled by today’s Palestinian action regarding the ICC. It is an escalatory step that will not achieve any of the outcomes most Palestinians have long hoped to see for their people,” Jeff Rathke, a State Department spokesman, said Wednesday. “Today’s action is entirely counter-productive and does nothing to further the aspirations of the Palestinian people for a sovereign and independent state. It badly damages the atmosphere with the very people with whom they ultimately need to make peace.”

Also on Wednesday, Israel’s Foreign Ministry summoned France’s ambassador to Israel, Patrick Maisonnave, for “clarifications” over his country’s vote in favor of the Palestinian statehood resolution in the Security Council. The vote saw eight countries voting in favor of the resolution, five abstentions and two against — the United States and Australia. Nine votes were needed for passage.