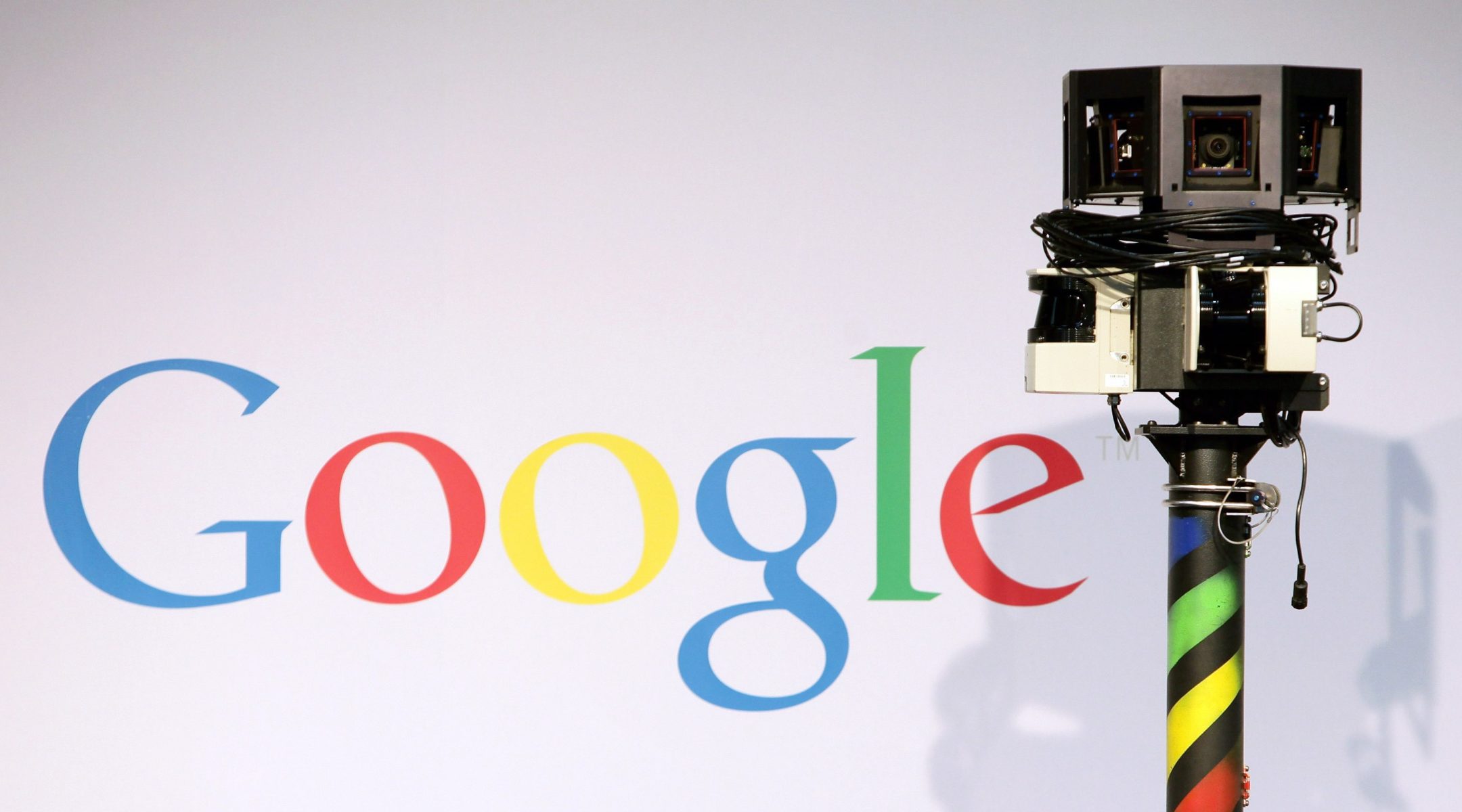 The camera of a German Google Street View car looming next to the Google logo at the Google stand at the CeBIT Technology Fair in Hannover, Germany, March 3, 2010 (Sean Gallup/Getty Images)
Advertisement

The Google cars and tricycles, fitted with 360-degree cameras to take panoramic images, will visit Tel Aviv, Jerusalem, Haifa and other cities in order to update the online mapping tool.

Google Street View provides a 3-D view of buildings, landmarks and streets around the world. The images from Israel were posted on the Internet in April 2012.

Israel’s Justice Ministry set several conditions for its approval to photograph city streets, including the right for Israelis to request further blurring of residences and license plates. Israeli officials reportedly had been concerned that terrorists would use the service to plan attacks in Israel.