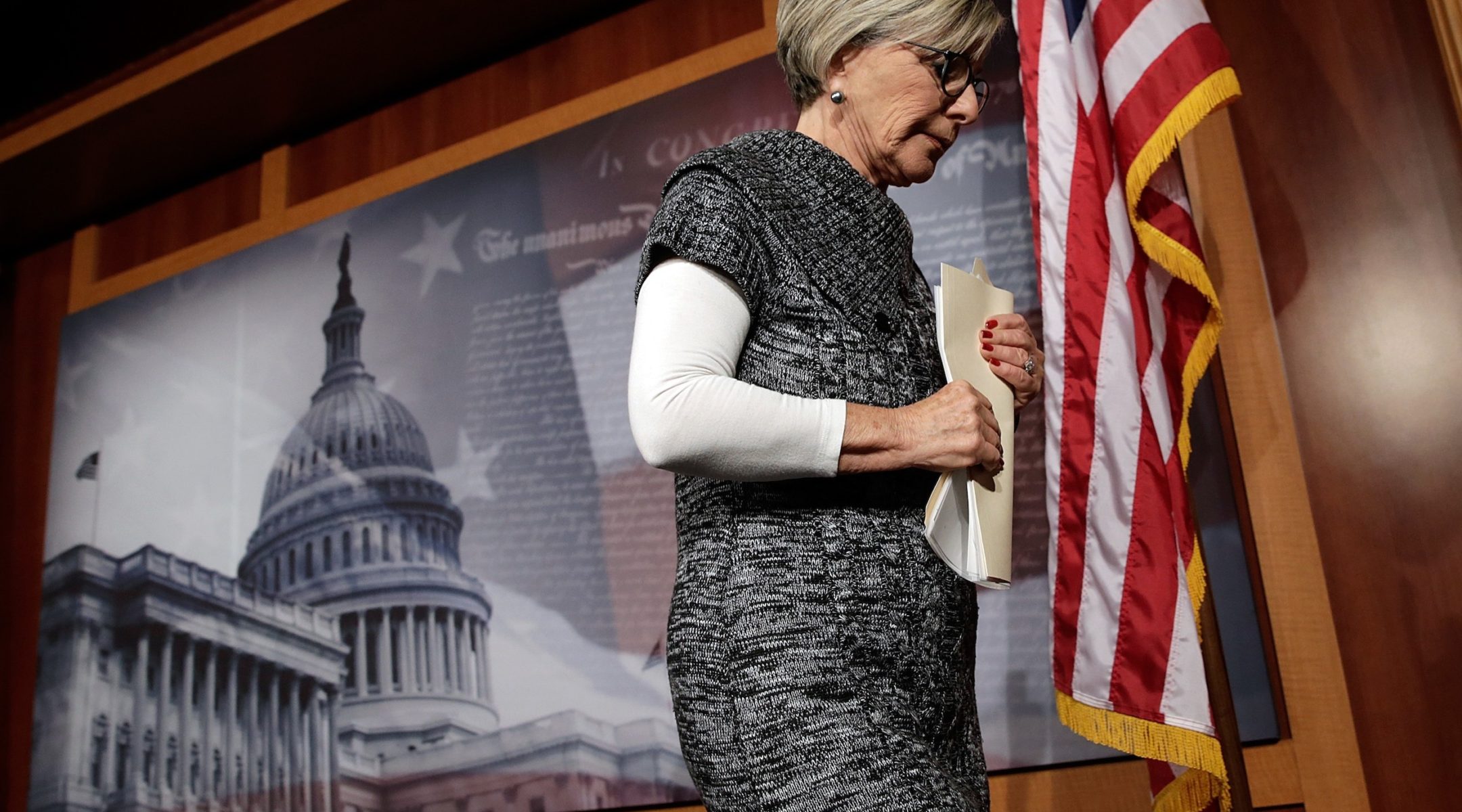 Boxer, 74, a California Democrat, made the announcement Thursday in a video interview with her grandson, Zach Rodham, posted on YouTube.

“I will not be running for the Senate in 2016,” said Boxer, who was first elected to the U.S. House of Representatives in 1976 and then to the Senate in 1992. “I want to come home to the state that I love so much, California.”

Boxer’s announcement gives the state Democratic Party almost two years to select a candidate. The veteran lawmaker said she would campaign for a progressive as her successor as well as for the next Democratic presidential hopeful.

“I’m going to continue working on the issues I love,” she said.

Boxer, who is Jewish, has been a leader on pro-Israel issues, shepherding a bill through Congress last year that enhanced U.S.-Israel security cooperation.

But she also has been outspoken critic at times of Israeli Prime Minister Benjamin Netanyahu. In 2012, she made public a letter to Netanyahu berating him for what she saw as his unseemly criticisms of President Obama ahead of the presidential election.

Boxer was the second Jewish woman elected to the U.S. Senate. The first was the current senior California senator, Dianne Feinstein, also a Democrat.

The National Jewish Democratic Council praised Boxer as a leader on pro-Israel and women’s issues.

“As a leading voice in the effort to pass the Violence Against Women Act in 1990, Sen. Boxer proved that she was a force to be reckoned with, and she will continue to be so as she moves out of public office,” Barbara Goldberg Goldman, a member of the NJDC’s executive committee, said in a statement.