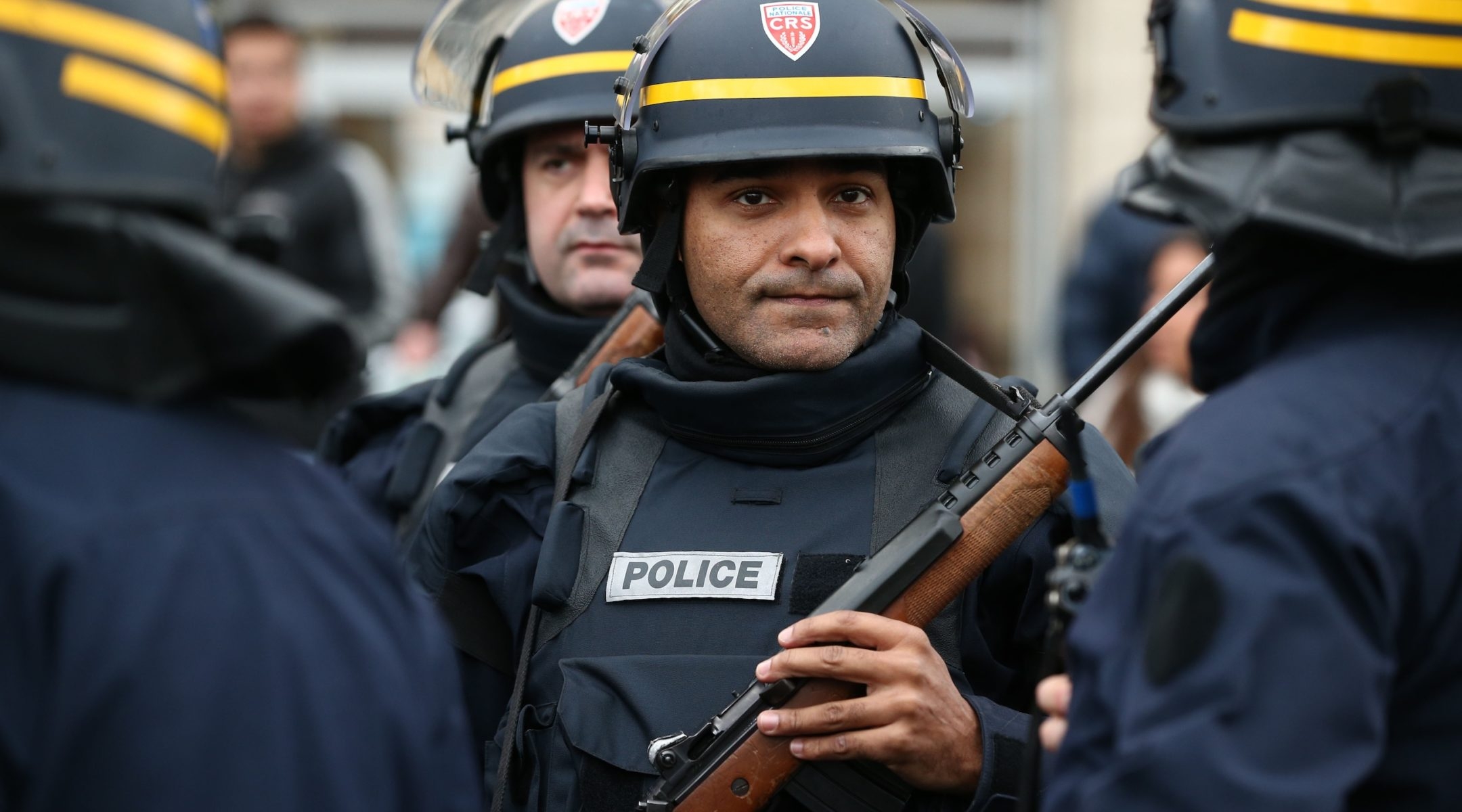 Police arrive with guns at Port de Vincennes on Jan. 9, 2015 in Paris. According to reports at least five people have been taken hostage in a kosher deli in the Port de Vincennes area of Paris. (Dan Kitwood/Getty Images)
Advertisement 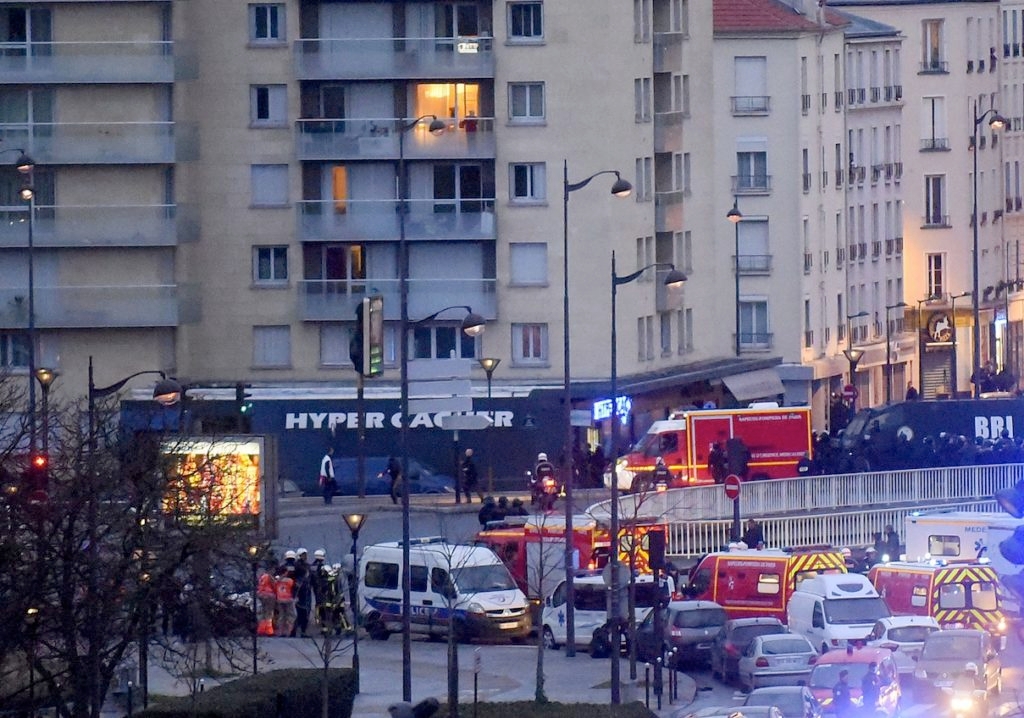 (JTA) — Several hostages were killed as simultaneous police raids on Friday ended the two hostage crises in Paris, one of which was at a kosher supermarket.

The raids also left all of the captors dead, including the two brothers suspected with perpetrating Wednesday’s attack at Charlie Hebdo.

The hostage situation at Hyper Cacher, a kosher supermarket near Porte de Vincennes in Paris’ 12th arrondissement, began at 1 p.m. local time Friday, when the store is usually full of Jewish shoppers preparing for Shabbat, according to Chlomik Zenouda, vice president of the National Bureau for Vigilance Against Anti-Semitism.

Amedy Coulibaly, 32, the suspect in the shooting death of a Paris police officer on Thursday in Montrouge, was identified as the captor. Witnesses said shots were fired from an automatic assault rifle and the shooter then retreated into the supermarket. Two hostages reportedly were killed at that time.

French police then set up a security perimeter around the supermarket, where eight to 12 people, including at least one child, were being held hostage. After several hours, police stormed the building, and news agencies reported that at least four people were killed. 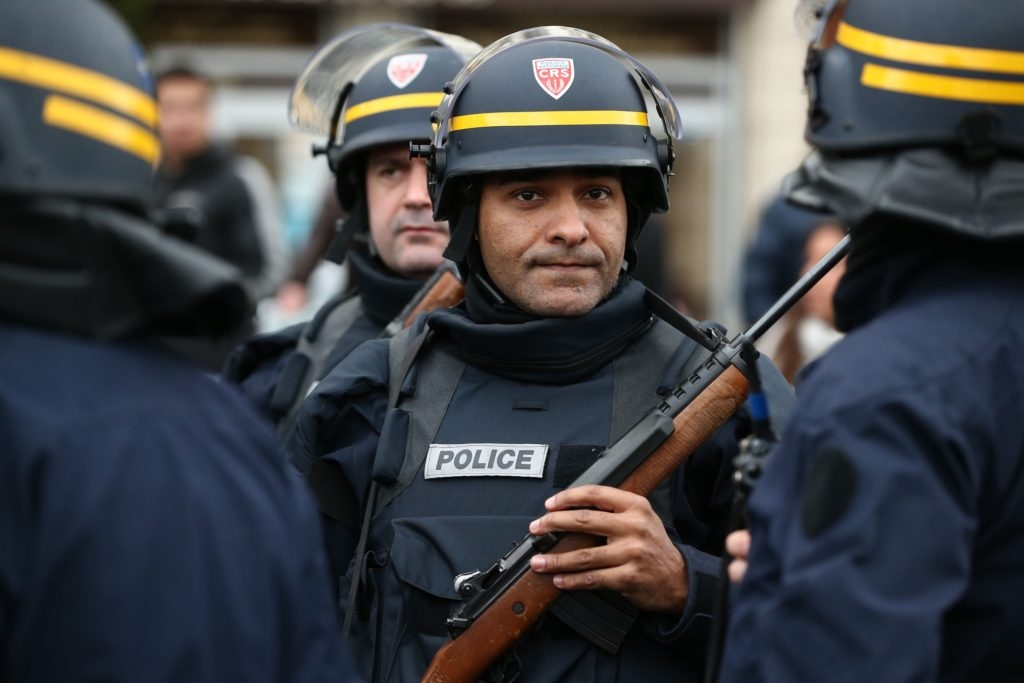 Police arrive with guns at Port de Vincennes on Jan. 9, 2015 in Paris. According to reports at least five people have been taken hostage in a kosher deli in the Port de Vincennes area of Paris. (Dan Kitwood/Getty Images)

At the same time, French police stormed a printing shop north of Paris where Cherif and Said Kouachi — the brothers whom French police named as the shooters in the Charlie Hebdo attack — had holed up with a hostage. The brothers were killed and the hostage was freed.

On Wednesday, twelve people were killed in the attack at the offices of Charlie Hebdo, a satirical newspaper that frequently published items considered offensive to Islam — and offensive to other religions, politicians and people.

Police sources in France said the hostage takers at the kosher supermarket were in contact with the brothers, according to the Dutch daily Het Parool. Police received threats that the hostages in the kosher shop would be killed if the brothers were harmed, Reuters reported.

Relatives of some of the people being held hostage at the kosher shop arrived at the scene during the standoff but were prevented from approaching, Alain Azria, a French Jewish journalist who was at the scene, told JTA. Among the hostages were one woman and her daughter, he said. The girl’s father was forced to wait behind the police line for over an hour, he said.

Police locked down schools in the vicinity, and a nearby Jewish school was evacuated, according to Tablet. Authorities in the 4th Arrondissement said that police had ordered shops to close on the rue de Rosiers, a Jewish area where shoppers tend to proliferate in the hours before Shabbat.

The terrorists involved in the various attacks were followers of Djamel Beghal, a charismatic Islamist, Le Monde reported.